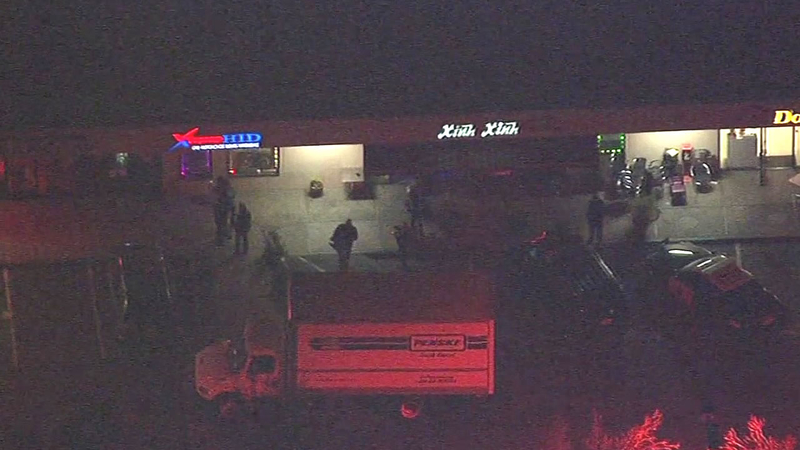 Around 8:30 p.m. the Wave Cafe on Tully Road was raided and law enforcement agencies spent over two hours collecting evidence. There were almost a dozen gambling machines loaded into an unmarked SUV.
The Wave Cafe was one of 11 Vietnamese cafes and bars raided in San Jose.

Federal, state and local agencies worked together on what they called "Operation Omni." It includes sites where agents believe illegal gambling has been taking place. Most of the locations are on or around Tully Road.

At the Xinh Xinh Cafe, a moving truck was filled with illegal slot machines and other gaming devices.

"They took out some machines and chairs and they started stacking them inside. There's women that serve there in short clothes and sometimes they're showing body parts," witness Jazmin Avalos said.

Several people were questioned and detained, but officers won't confirm if anyone was arrested.

One cafe employee appeared shocked. Guong Nguyen told ABC7 News, "I don't do anything illegal. I don't care, but I'm so scared, this time is the first time I'm so alarmed of the police. I'm scared."

A police source told ABC7 News at least one murder is linked to the violence that erupted around these Vietnamese cafes, during the past year-and-a-half.

At least 100 slot machines were seized.

#Sjpd & #Fbi arrive at another #SJ location. It's all part of a massive gambling raid pic.twitter.com/AlUoLALddv