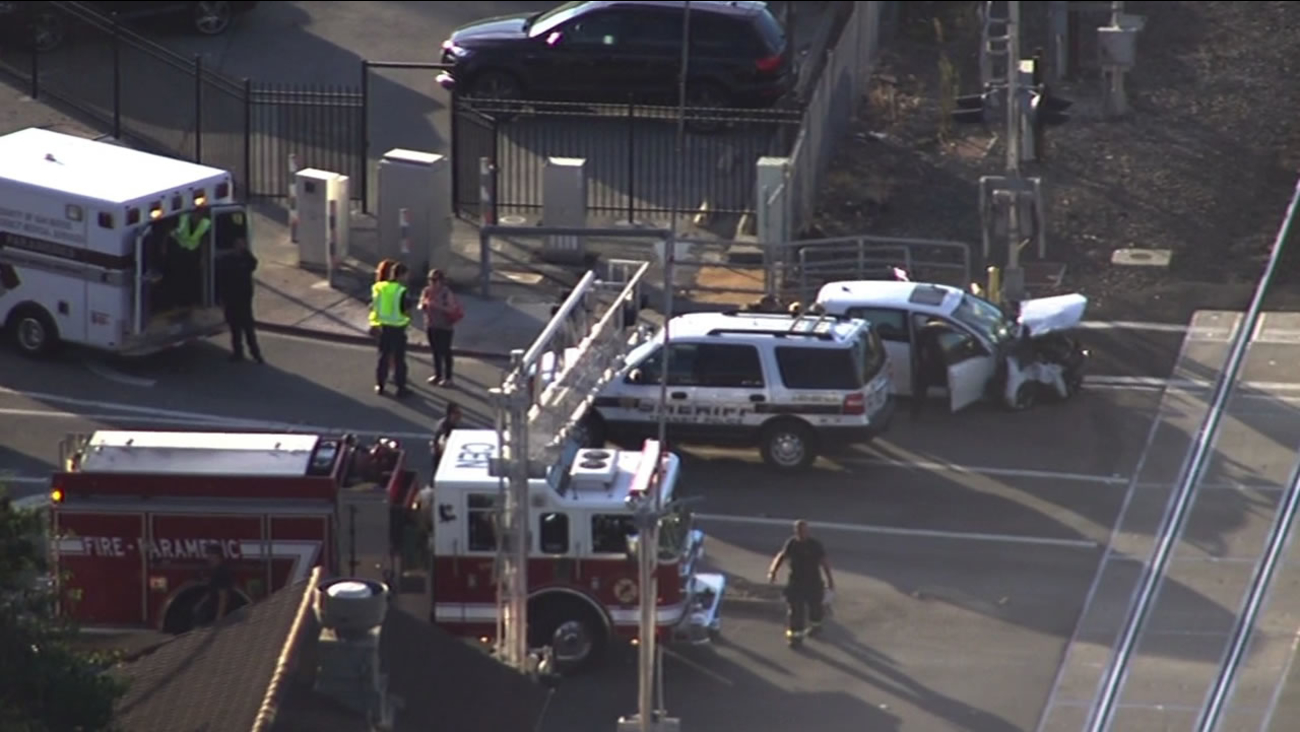 A passenger train has struck two vehicles on the tracks at Broadway Avenue in Burlingame, according to Caltrain officials. (KGO-TV)

BURLINGAME, Calif. -- A passenger train has struck an unoccupied vehicle on the tracks at Broadway Avenue in Burlingame, prompting major delays, according to Caltrain officials.

Caltrain reported the collision on Twitter shortly after 5:30 p.m. The tracks have been cleared of debris and northbound trains are starting to single track at speeds of 10 mph.

The train involved in the collision, #371, was carrying 900 passengers and 48 bikes, officials said.

Commuters in the Burlingame area are advised to take the SamTrans ECR line, which serves El Camino Real from Daly City to Palo Alto.

Caltrain No. 269 will provide Northbound service to Burlingame and then turn soutbound for local service.

Caltrain No. 370 is dropping passengers off at Millbrae and turning northbound for local service.

If you are on 371, please do not leave the train. There are active trains moving in the area. We are trying to move the train.

People on the tracks are also causing a problem. Caltrain officials are telling passengers not to leave the hot train cars as there are active trains in the area.

If you are in the Burlingame area SamTrans ECR serves El Camino from Daly City to Palo Alto. @SamTrans_News

.@SamTrans_News is honoring Caltrain tickets for anyone who can use ECR. http://t.co/AQnapoA9KP

SamTrans is attempting to get a bus bridge between MIL & BUR, will take time to get buses in place. #Caltrain

NB track is cleared for 10MPH, we will begin moving trains North. #Caltrain

We are currently air testing the brakes to get 371 operational. People on tracks are also a problem. Please do not get off train. #Caltrain

We are currently experiencing MAJOR delays. Use alternate transport as we clear the scene of car vs train at Burlingame. #Caltrain

81, 79, 83 will all stop at Broadway to accommodate passengers. #Caltrain