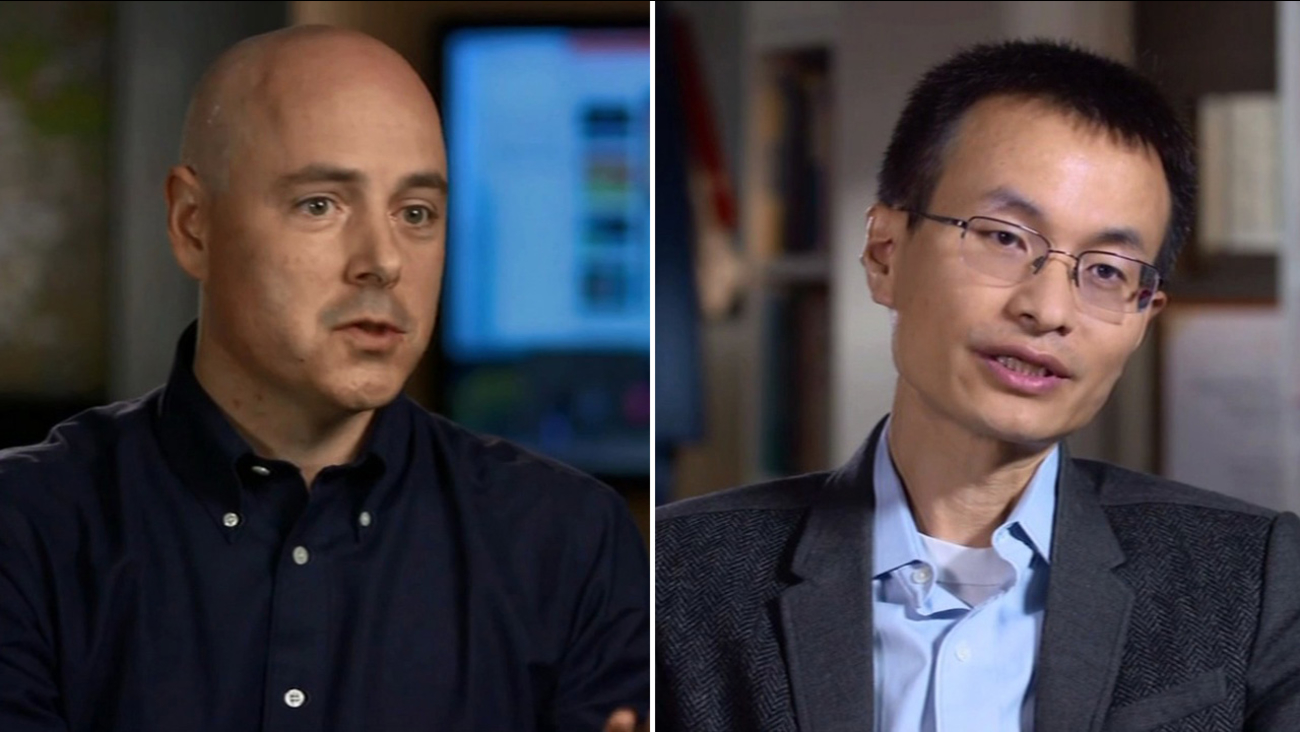 CHICAGO -- Two innovators from the Bay Area are among 24 people who have received 'Genius Grants' this year from the Chicago-based John D. and Catherine T. MacArthur Foundation.

Peidong Yang, 44, is one of the recipients. He's an inorganic chemist at UC Berkeley and spent a decade creating artificial leaves that photosynthesize.

Christopher Re, 36, is a Stanford University computer scientist. He created an inference engine that can analyze data beyond the capabilities of a traditional database. Each recipient will receive $625,000 over five years to spend any way they like.

Here are this year's other winners:

Patrick Awuah, 50, Accra, Ghana. An educator and entrepreneur who founded a university in Ghana that teaches ethical principles and skills needed in contemporary Africa.

Ta-Nehisi Coates, 39, Washington, D.C. Journalist and blogger who writes about issues such as racial identity, urban policing and racial bias.

Gary Cohen, 59, Reston, Virginia. Environmental health advocate and co-founder of Health Care Without Harm who has worked to reduce the amount of pollutants and hazardous waste produced and released into the environment by American hospitals.

Matthew Desmond, 35, Cambridge, Massachusetts. An urban sociologist at Harvard University, Desmond's work has revealed the impact of eviction on the urban poor and how eviction is not just a symptom of poverty, but a cause.

William Dichtel, 37, Ithaca, New York. A Cornell University chemist working to bring a new class of nanostructured materials out of laboratories and into daily use.

Michelle Dorrance, 36, New York. A dancer and choreographer reinvigorating tap dancing by combining its musicality with the intricacies of contemporary dance.

Nicole Eisenman, 50, New York. An artist whose paintings, sculptures and drawings explore such themes as gender and sexuality, family dynamics and the inequities of power and wealth.

LaToya Ruby Frazier, 33, Chicago. Photographer and video artist at the School of the Art Institute of Chicago who uses visual autobiographies to capture the impact of economic decline and environmental degradation.

Ben Lerner, 36, New York. An English professor at Brooklyn College of the City College of New York, Lerner also is a novelist, poet and critic who has explored the relevance of the artist to modern culture.

Mimi Lien, 39, New York. A set designer for theater, opera and dance who has created performance space to establish relationships between the characters on stage as well as between the actors and the audience.

Lin-Manuel Miranda, 35, New York. A playwright, composer and performer whose work fuses traditional storytelling with contemporary musical styles and whose most recent play, "Hamilton," is a Broadway sensation.

Dimitri Nakassis, 40, Toronto, Canada. A classicist at the University of Toronto, whose work is transforming the understanding of prehistoric Greek societies.

John Novembre, 37, Chicago. A computational biologist at the University of Chicago, Novembre's work has shed new light on the study of human evolution, migration and the cause of the genetic diseases.

Beth Stevens, 45, Boston. A neuroscientist at Harvard Medical School, Stevens' research has triggered a major shift in thinking about neuron communication in the health brain and the origins of adult neurological diseases.

Alex Truesdell, 59, New York. An adaptive designer and fabricator, Truesdell has created low-tech and affordable tools and furniture out of such materials as cardboard and glue for children with disabilities.

Basil Twist, 46, New York. A puppeteer and theater artist recognized for his innovative work that has helped revitalize puppetry as a serious and sophisticated art form.

Ellen Bryant Voigt, 72, Cabot, Vermont. A poet whose work is known for its distinctive musical quality, Voigt explores will, fate, and life cycles of the natural world.

Heidi Williams, 34, Cambridge, Massachusetts. An economist at the Massachusetts Institute of Technology, Williams has explored the causes and consequences of innovation in health care markets.