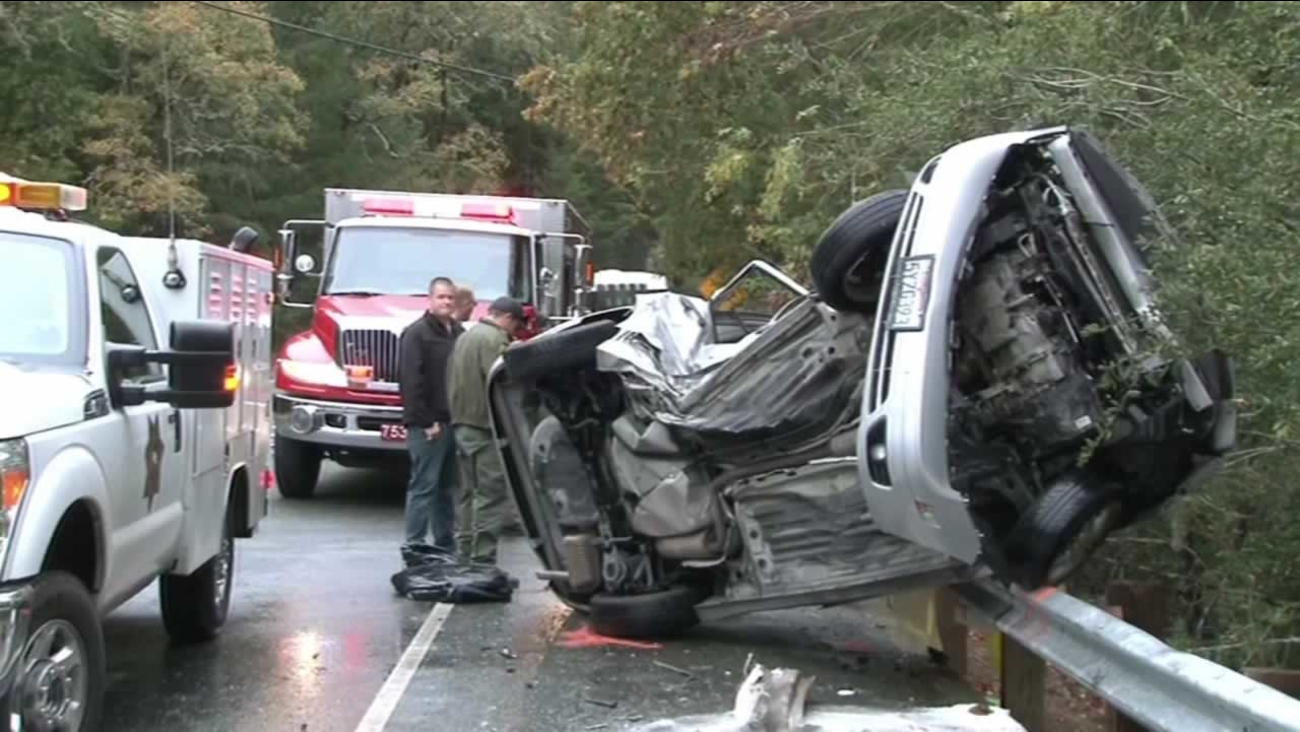 In Santa Rosa, Calif. a woman on Porter Creek Road drifted into another lane and lost control, flipping her car, on Sunday, November 8, 2015. (KGO-TV)

SANTA ROSA, Calif. (KGO) -- Investigators blame wet roads for a pair of crashes in the North Bay Sunday, one of them fatal.