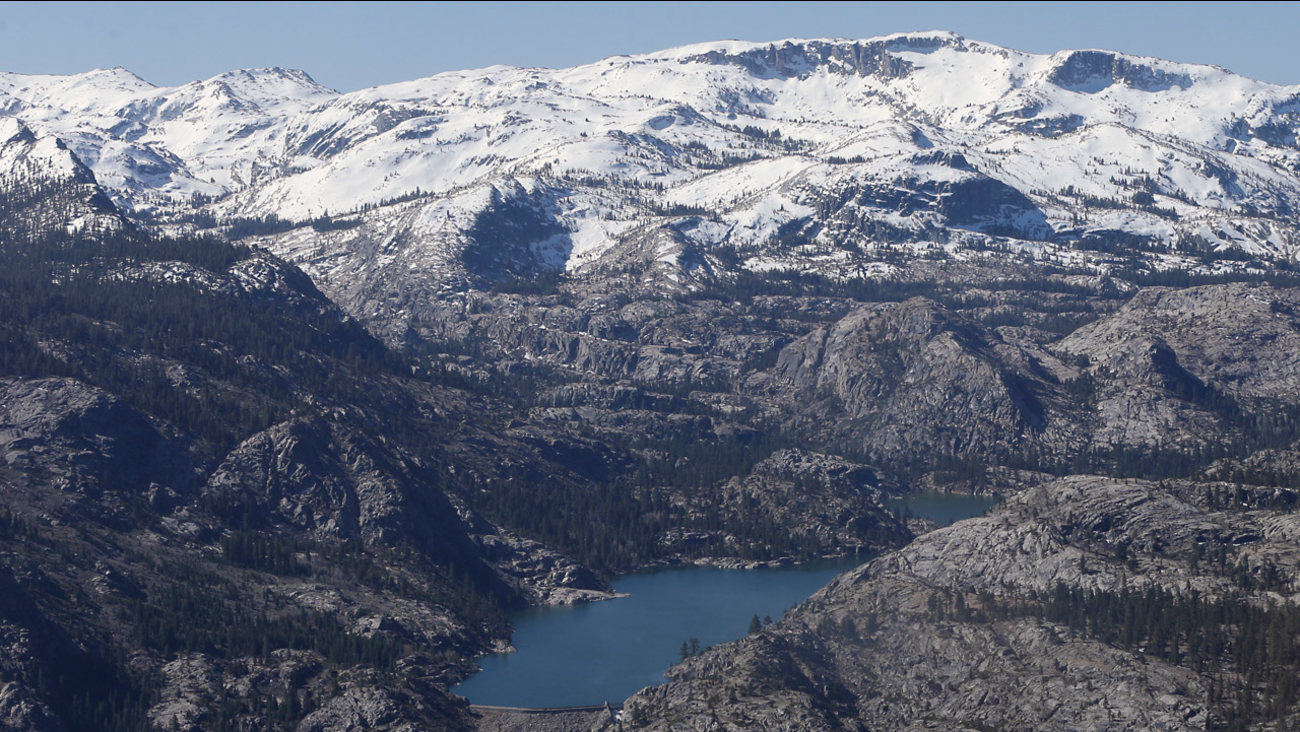 A Sierra Nevada lake surrounded by snow barren ridges, that are usually covered in snow this time of year, are seen during an aerial survey of the snowpack. (AP Photo/Rich Pedroncelli)

STOCKHOLM -- Climate change could push more than 100 million people into extreme poverty by 2030 by disrupting agriculture and fueling the spread of malaria and other diseases, the World Bank said in a report Sunday.

Released just weeks ahead of a U.N. climate summit in Paris, the report highlighted how the impact of global warming is borne unevenly, with the world's poor woefully unprepared to deal with climate shocks such as rising seas or severe droughts.

"They have fewer resources and receive less support from family, community, the financial system, and even social safety nets to prevent, cope and adapt," the Washington-based World Bank said.

How to help poor countries - and poor communities within countries - deal with climate change is one of the crunch issues in talks on a global climate accord that's supposed to be adopted next month in Paris.

Those who say that rich countries aren't doing enough to help the poor said the report added emphasis to demands for billions of dollars in so-called climate finance to developing countries.

"The statistics in the World Bank report are suitably shocking and I hope they force world leaders to sit up and take notice," said Mohamed Adow of Christian Aid. "The Paris deal needs to support the poor and vulnerable communities to cope with unavoidable climate crises better, and to be more resilient to a changed climate."

Despite pledges to rein in emissions of carbon dioxide and other global warming gases, climate change isn't likely to stop anytime soon. Carbon emissions are expected to rise for many years as China, India and other developing countries expand the use of fossil fuels to power their economies.

But efforts to protect the poor, such as generally improving access to health care and social safety nets, and targeted measures to upgrade flood defenses and deploy more heat-tolerant crops could prevent most of the negative consequences of climate change on poverty, the bank said.

"Absent such good development, climate change could result in an additional 100 million people living in extreme poverty by 2030," the report said.

Stephane Hallegatte, one of the authors, told The Associated Press that one of the unique features of the report was that instead of analyzing the macro-economic impact of climate change it was based in part on surveys of 1.4 million people in 92 countries.

"When we ask people why they fall into poverty there are three major factors," he said. "Agricultural shocks, including an increase in food prices; natural disasters such as floods, droughts, storms; and health issues, including malaria, diarrhea."

The report referred to studies showing climate change could result in global crop yield losses as large as 5 percent by 2030 and 30 percent by 2080. It also referenced studies showing warming temperatures could increase the number of people at risk for malaria by 150 million.

Hallegatte said the "hotspots" for climate impacts on poor people were sub-Saharan Africa and South Asia.

The U.S. and other countries have collectively pledged to scale up climate financing to developed countries to $100 billion annually by 2020 to help them adapt to climate change and reduce their emissions. Developing countries are calling for commitments beyond 2020 in the Paris agreement but rich nations are reluctant to make firm promises, in part due to budget uncertainties.