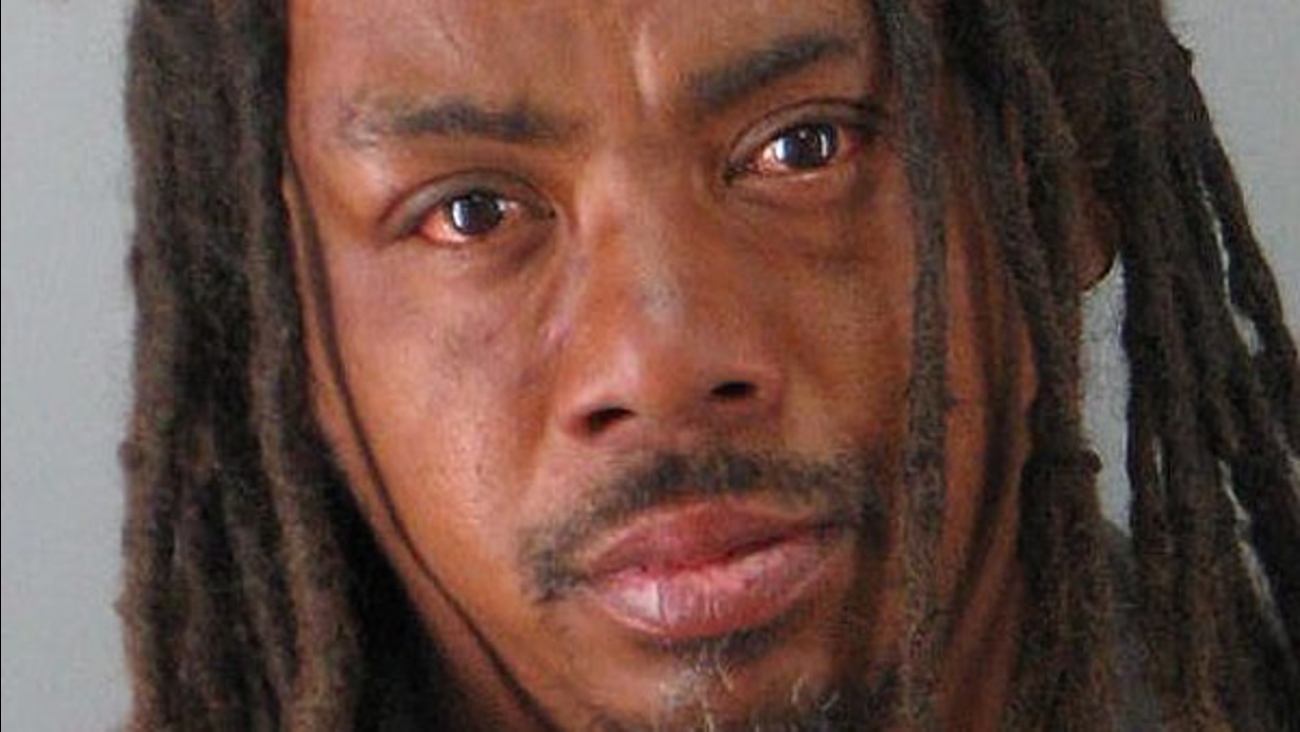 FILE - A man named Edward Vanwright accused of spray painting a wall at the French American International School is seen in this undated photo. (KGO-TV)

Edward Vanwright, 44, was booked into jail on suspicion of trespassing, vandalism and being a sex registrant on school grounds, police said.

Workers paint over what SFPD was symbol of group called 5 Percent Nation! pic.twitter.com/7NVOFoemIe

Despite investigators considering the vandalism a possible hate crime, police said there was no evidence Vanwright was connected to terrorism or intended to threaten the school.

The vandalism was discovered on an outdoor wall at the school, located at 150 Oak St., on Tuesday morning.

It depicted an eight-point star surrounding a crescent moon and the number 7, a symbol affiliated with the "Five-Percent Nation," an offshoot of the Nation of Islam founded in New York and frequently referenced in hip-hop lyrics.

Police obtained surveillance footage of the area and saw a man enter the school grounds overnight and paint the symbol.

On Wednesday, officers stopped Vanwright in the area of Masonic Avenue and Fulton Street because he fit the description of the suspect caught on video, police said.

The bilingual school has 1,080 students from pre-kindergarten through high school at three campuses in San Francisco, including at the main building on Oak Street. Twenty-three percent of the students are French nationals.

The Oak Street building is shared with the Chinese American International School.

Anyone with information about the vandalism has been asked to contact the San Francisco police tip line at (415) 575-4444.
Related topics:
educationsan franciscocrimearrestparis terror attackgraffitischoolvandalismhate crime investigationsfpdfbipoliceinvestigation
Copyright 2020 by Bay City News, Inc. Republication, re-transmission or reuse without the express written consent of Bay City News, Inc. Is prohibited.
RELATED 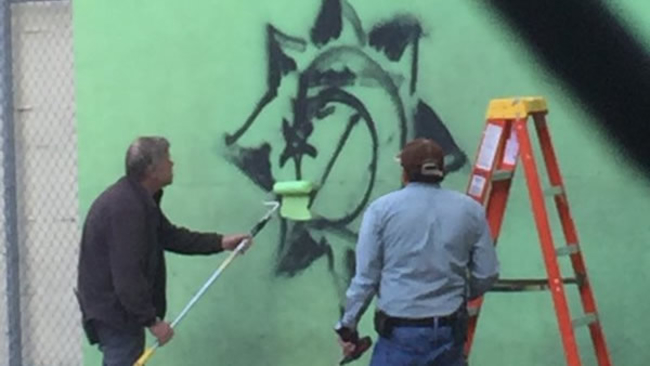