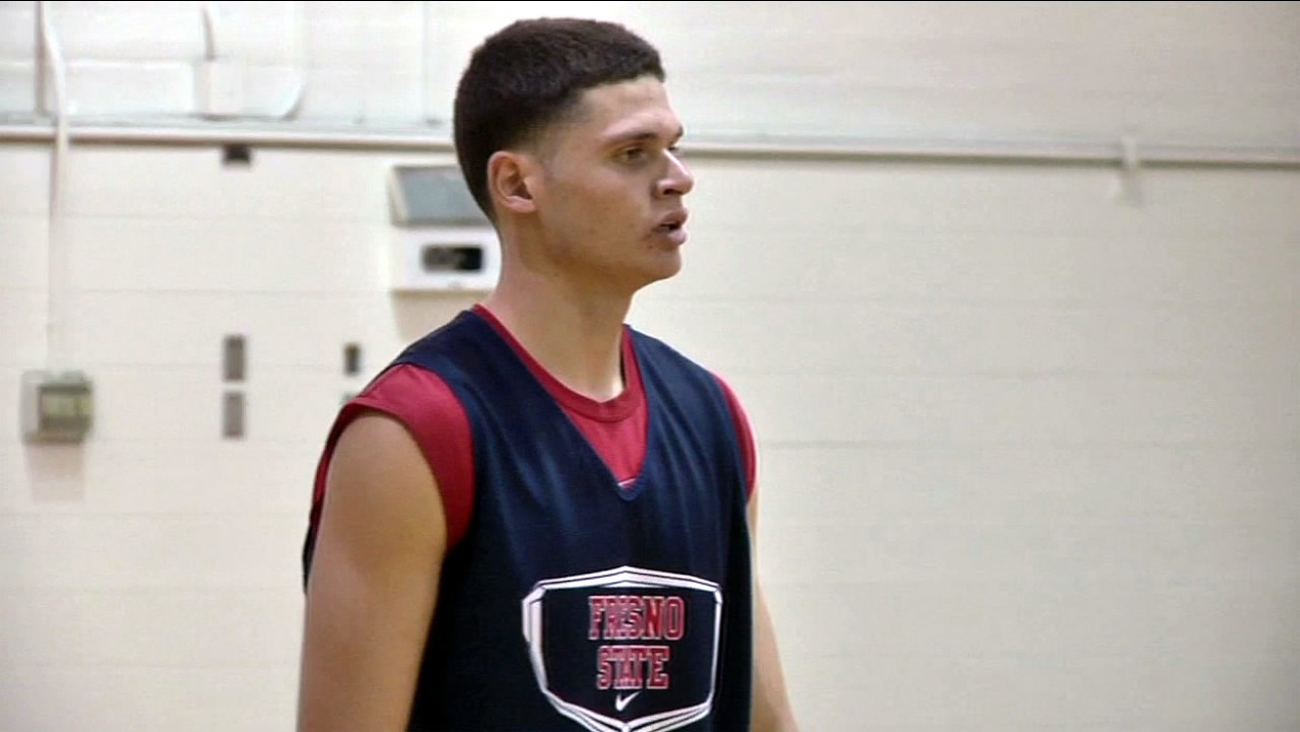 Miami shooting guard Tyler Johnson who graduated from St. Francis high in Mountain View had an early connection with the Golden State Warriors that spurred him on to the NBA.

Johnson grew up in the Bay Area, but he was a Kobe Bryant and Laker fan. But when he was younger, he wrote a letter to the Warriors trying to get a scholarship. "I was like in the sixth grade and I was trying to get into a Warriors camp," he said.

In the letter, Johnson told them his parents didn't have much money and that he got good grades.

Johnson said writing the letter was his mom's idea and that she helped him write it. "Yes, I was able to get in there, I was actually able to get in the camp. It was a big moment for me and I was only in sixth grade, so it was awesome for me to be able to be a part of it because I thought it was this huge thing," he said.

The Warriors gave him that scholarship and the camp helped him as well. The 23 year old got his second scholarship to Fresno State and he just signed a multi-year deal with the Heat last February.

He has a lot of friends and family in the stands and looks forward to facing the Splash Brothers. "I mean it's awesome, it's a challenge and that's what you want. You came into the NBA to play games like this, so I'm looking forward to it," he said.