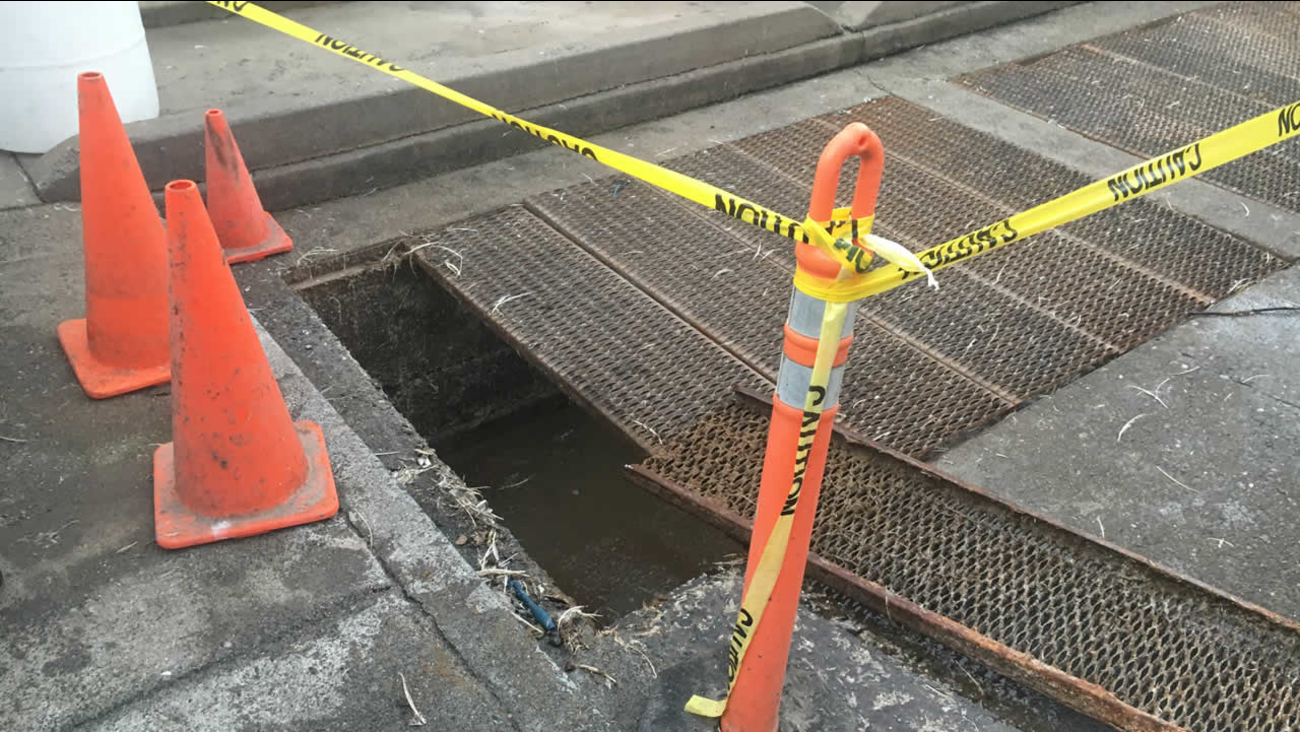 Firefighters rescued a security guard, who fell into a tank containing remnants of chicken at a poultry processing plant in Petaluma, Calif., on Tuesday, January 12, 2016. (Photo courtesy of Battalion Chief Jeff Schach)

The woman tried to adjust a metal grate that was not properly covering the 6- to 8-foot-deep concrete tank when she fell into it around 7:15 a.m. at Petaluma Poultry Processors at 1500 Cader Lane, according to Ron Marsh, supervisor at REDCOM, the Sonoma County emergency communications and dispatch center.

The woman screamed for help but no one responded, so she called 911 and held onto the top of the tank with her other arm, Marsh said.

"She was waist deep and sinking and didn't know how deep the tank was," said Marsh, who told the woman to put her cellphone in her pocket and to hold onto the top of the tank with both arms.

"She was two feet from the top of the tank. Firefighters knelt down and pulled her out," Schach said.

Employees of Petaluma Poultry Processors did not know the woman was missing, Schach said. Company officials were not immediately available for comment on the incident.

The woman removed her wet clothes and was wrapped in a blanket.
She was taken to Petaluma Valley Hospital as a precaution.

The fire department is notifying the state Division of Occupational Safety and Health about the incident, Schach said.