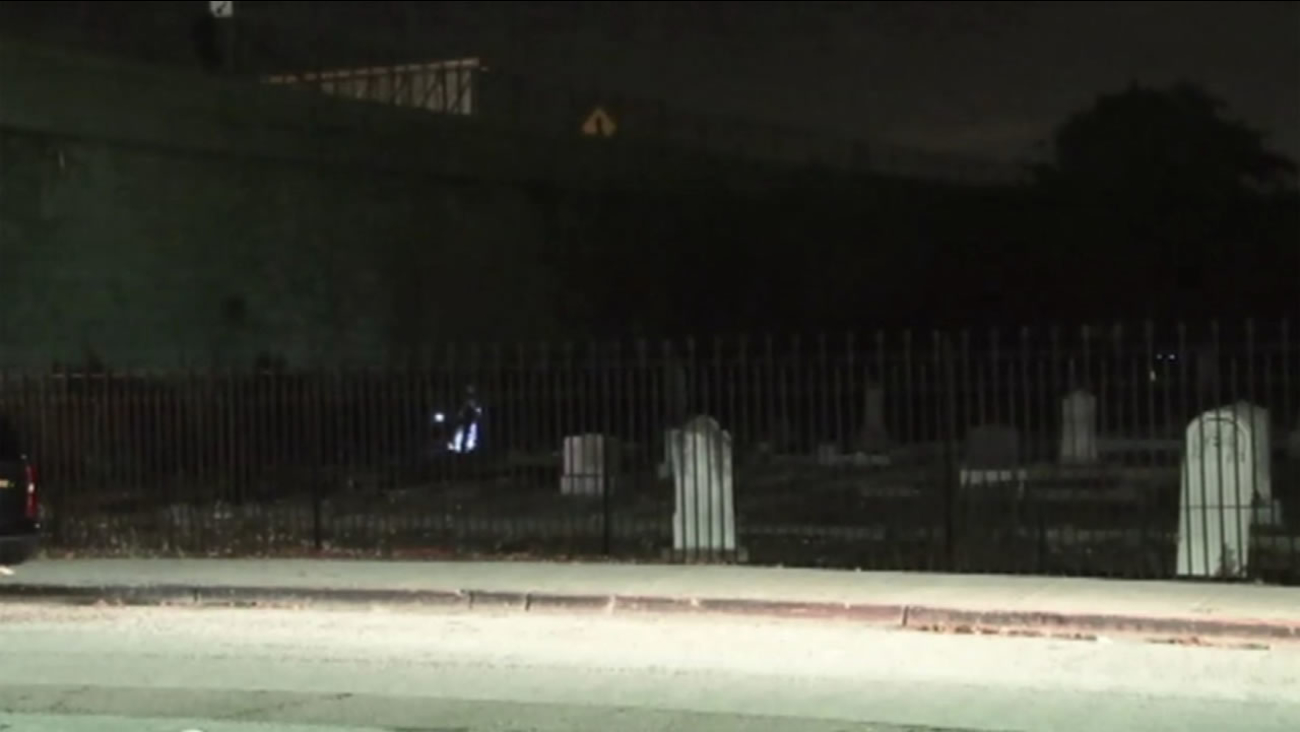 A man died trying to get away from police after he jumped from Interstate 238 in San Lorenzo, Calif. into a cemetery on Thursday, January 14, 2016. (KGO-TV)

SAN LORENZO, Calif. (KGO) -- A man died trying to get away from police after he jumped from Interstate 238 in San Lorenzo into a cemetery - about a 30-foot jump.

Officers tried to pull him over at 12:30 a.m. Thursday because they say he was driving a stolen vehicle.

It took him a couple of minutes but he did eventually stop, but he wasn't ready to face officers.

Officers and paramedics tried to save his life but he died at the cemetery.

The man had a passenger with him who stayed put and was not arrested.

Officers say the man who died was 40 years old but have not released his name. The spokesperson for the sheriff's office says he believes the man was on probation for stealing a car.
Related topics:
san lorenzopolice chasecemeterystolen caraccident
Copyright © 2021 KGO-TV. All Rights Reserved.
TOP STORIES
Bodycam footage released in shooting of Stockton police officer
22-year-old identified as victim killed in Lake Merritt shooting
Newsom recall effort: Who is behind it, who signed it and why
Sonoma enacts new water restrictions
US gives more asylum-seekers waiting in Mexico another shot
SJ flea market vendors on hunger strike ahead of rezoning plan vote
Houston hospital says 153 employees who refused COVID vaccine have resigned or been fired
Show More
Are CA's vaccine incentives working? It's complicated
Elephant crashes through kitchen wall in Thailand
Carl Nassib's jersey becomes top-seller after he comes out as gay
EXCLUSIVE: SF man survives armed carjacking, kidnapping
Covered CA enrollment deadline is coming up
More TOP STORIES News