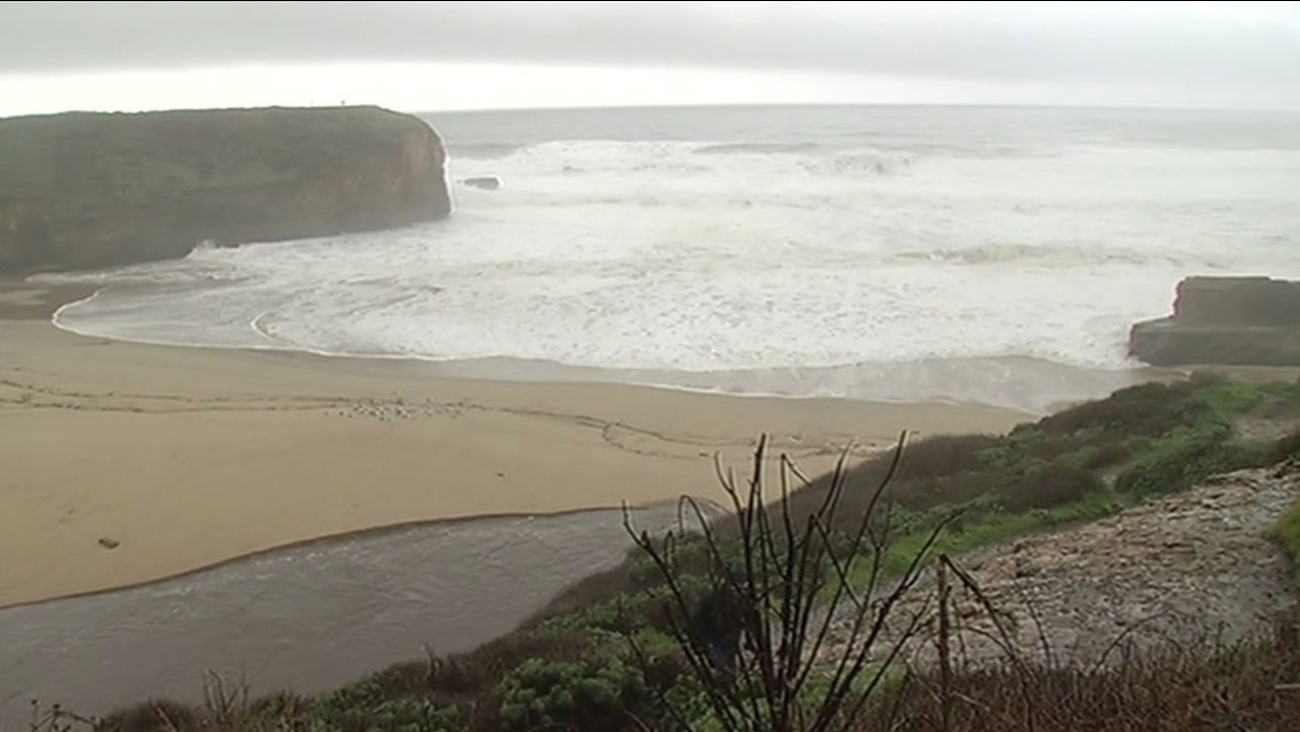 The United States Coast Guard has suspended a search for two UC Santa Cruz college students who were swept out to sea Jan. 18, 2016 near Davenport, Calif. (KGO-TV)

DAVENPORT, Calif. (KGO) -- Officials have identified the two Bay Area college students who were swept out to sea on Monday at Bonny Doon Beach in Santa Cruz County as Shireen Agha Ahsan, 19, of Palo Alto and Solaiman Nourzaie, 25, of San Jose.

The two were sophomores at University of California at Santa Cruz and were at the beach with a group of classmates before being swept out to sea.

A vigil for the pair was held Wednesday at the beach's parking lot on Coast Road off of state Highway 1, Shireen Ahsan's cousin Kazim Ahsan said.

Ahsan and Nourzaie had climbed to a rock outcropping, where a large wave knocked them into the water, Cal Fire officials said.

A third classmate was also forced into the water and suffered minor injuries, but safely swam back to the beach on their own, according to Cal Fire.

Firefighters responded to a report of a cliff rescue at the beach around 5 p.m. Monday and were able to help the other students.

There was significant surf on Monday evening, when waves measured about 10 to 15 feet, according to fire officials.

The U.S. Coast Guard conducted a 22-hour search for the two students that spanned 46 square miles before calling it off on Wednesday.

Images captured through infrared technology prompted a helicopter crew to search at a cave near the water, but they were unable to find anyone when they repelled down, according to the Coast Guard.

Shireen Ahsan and Nourzaie are both part of the college's Muslim Students' Association who were going back to the campus after a conference and stopped at the beach, according to Kazim Ahsan.

Nourzaie was majoring in Earth and Planetary Sciences, according to the university.

Shireen Ahsan is the youngest of four siblings and graduated in 2014 from Henry M. Gunn High School in Palo Alto, according to her cousin Jafer Baig.

The families of the missing students are "extremely worried" for them, Baig said. "We have more or less accepted that we will probably be seeing a body instead of a life," Baig said.

About 500 to 1,000 people attended the vigil, where they prayed and called for the search to continue, Baig said. "Ms. Ahsan and Mr. Nourzaie were early in their college and professional careers with promising futures ahead. It is heartbreaking to think they may no longer be with us," UCSC chancellor George Blumenthal said in a letter to the campus community. 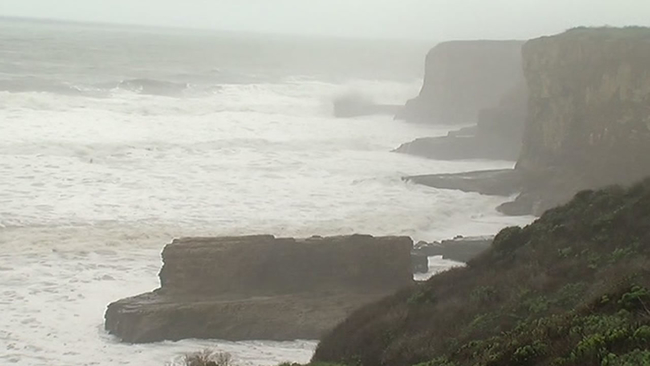