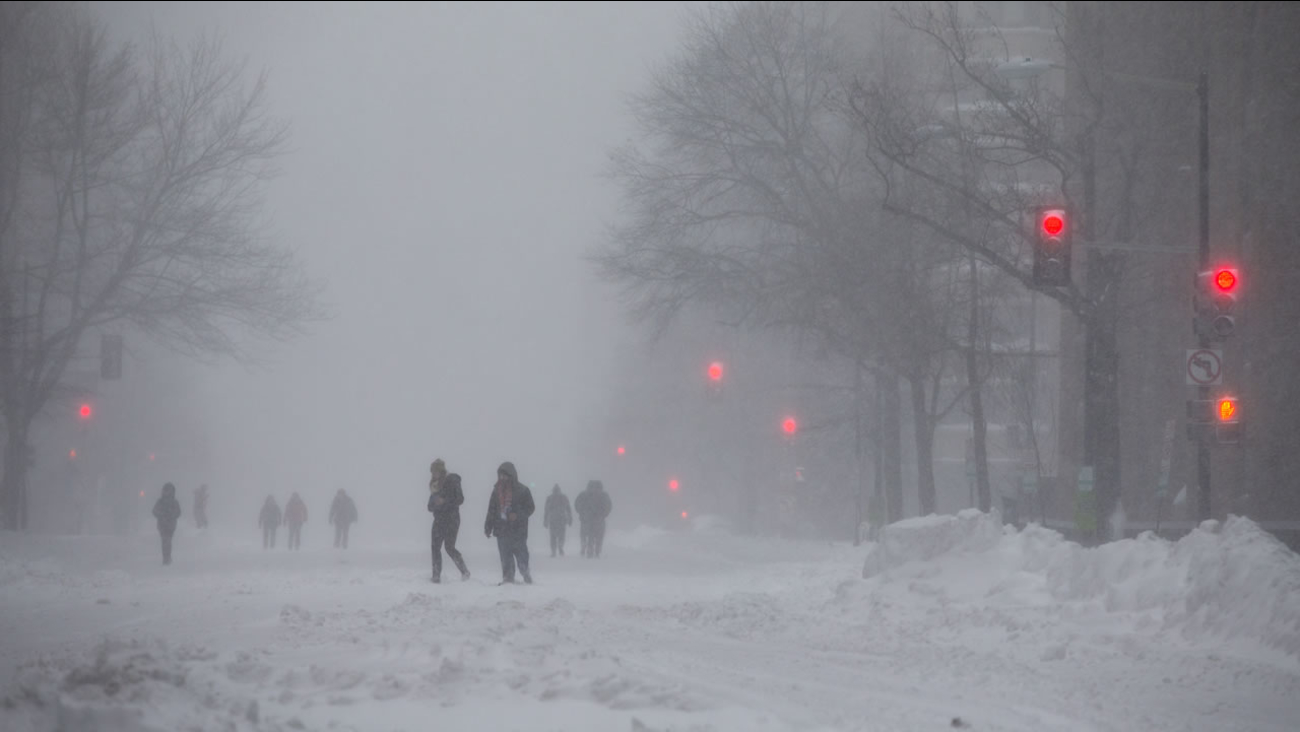 WASHINGTON -- A blizzard with hurricane-force winds brought much of the East Coast to a standstill Saturday, dumping as much as 3 feet of snow, stranding tens of thousands of travelers and shutting down the nation's capital and its largest city.

After days of weather warnings, most of the 80 million people in the storm's path heeded requests to stay home and off the roads, which were largely deserted. Yet at least 18 deaths were blamed on the weather, resulting from car crashes, shoveling snow and hypothermia. And more snow was to come, with dangerous conditions expected to persist until early Sunday, forecasters warned.

WATCH VIDEO: Live coverage on the blizzard from our sister station WABC

"This is going to be one of those generational events, where your parents talk about how bad it was," Ryan Maue, a meteorologist for WeatherBell Analytics, said from Tallahassee, Florida, which also saw some flakes.

The system was mammoth, dropping snow from the Gulf Coast to New England. By afternoon, areas near Washington had topped 30 inches. The heaviest unofficial report was in a rural area of West Virginia, not far from Harpers Ferry, with 40 inches.

As the storm picked up, forecasters increased their snow predictions for New York and points north and warned areas nearly as far north as Boston to expect heavy snow.

"This is kind of a Top 10 snowstorm," said weather service winter storm expert Paul Kocin, who co-wrote a two-volume textbook on blizzards. 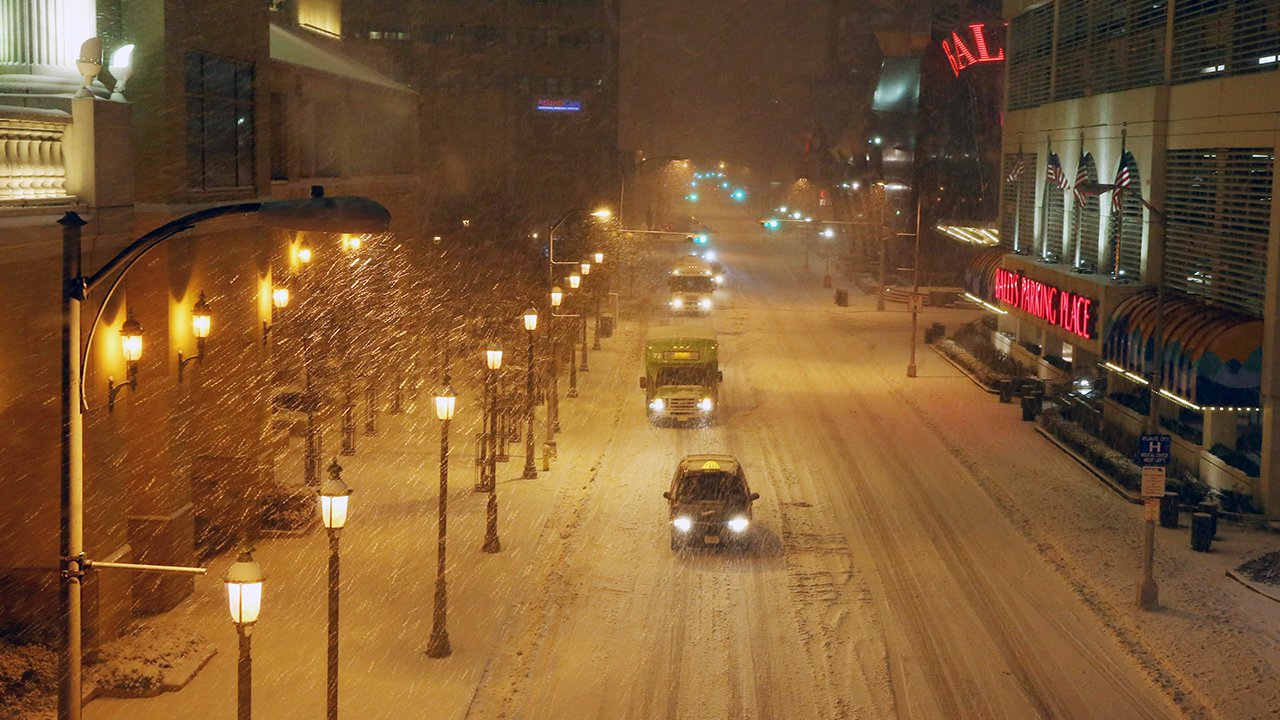 It was Top 2 in New York, with 26.8 inches of snow falling in Central Park by midnight, narrowly missing the record-setting 26.9 inches set in February 2006.

Three people died while shoveling snow in Queens and Staten Island. The normally bustling streets around Rockefeller Center, Penn Station and other landmarks were mostly empty. Those who did venture out walked down the middle of snow-covered streets to avoid even deeper drifts on the sidewalks.

Officials imposed a travel ban in the city, ordering all nonemergency vehicles off the roads. Commuter rails and above-ground segments of the nation's biggest subway system shut down, too, along with buses.

Without a bus, home health aide Elijah Scarboro couldn't get to his next client, an 89-year-old man with Alzheimer's disease.

"I wish I could get there, but I can't," Scarboro said, hoping the man would be safe at home with his wife.

As recently as Friday night, New York officials had expected the storm to top out at 18 inches. But that prediction jumped to 28 inches by Saturday evening. The scenario was much the opposite of what unfolded a year ago, when a storm carrying predictions for 18 to 24 inches of snow prompted officials to shut down the subway system completely, but far less than a foot ultimately fell.

In Washington, monuments that would typically be busy with tourists stood vacant. All mass transit in the capital was to be shut down through Sunday.

Throughout the region, drivers skidded off snowy, icy roads in accidents that killed several people as the storm raged Friday and Saturday. Those killed included a 4-year-old boy in North Carolina; a Kentucky transportation worker who was plowing highways; and a woman whose car plunged down a 300-foot embankment in Tennessee.

An Ohio teenager sledding behind an all-terrain vehicle was hit by a truck and killed, and two people died of hypothermia in southwest Virginia. In North Carolina, a man whose car had veered off an icy-covered road was arrested on charges of killing a motorist who stopped to help.

In Kentucky, Pennsylvania and West Virginia, drivers were marooned for hours in snow-choked highways.

The Temple University women's gymnastics team, the Duquesne University's men's basketball team and a church group from Indiana were among travelers who got stuck when the Pennsylvania Turnpike turned into a snowy parking lot.

Father Shaun Whittington said he and his nearly 100 parishioners, mostly teenagers, got stranded on their way home Friday evening from the March for Life in Washington. They had enough gas to keep the buses running and enough DVDs to keep the kids entertained until nearly noon Saturday, when plows finally arrived, Whittington said.

We're on a pilgrimage," he said. "There's going to be suffering with that."

Roofs collapsed on a historic theater in Virginia and a horse barn in Maryland, while seaside towns in New Jersey, Delaware and Maryland grappled with flooding.

The snow was whipped into a maelstrom by winds that reached 75 mph at Dewey Beach, Delaware, and Langley Air Force Base, Virginia, the weather service said. From Virginia to New York, sustained winds topped 30 mph and gusted to around 50 mph. And if that weren't enough, the storm also had bursts of thunder and lightning.

The storm also knocked out electricity to thousands of homes and businesses.

This is what the snow storm hitting the East Coast looks like from space #blizzard2016: https://t.co/Pq0jWatXoR pic.twitter.com/AbxlIrZxRU 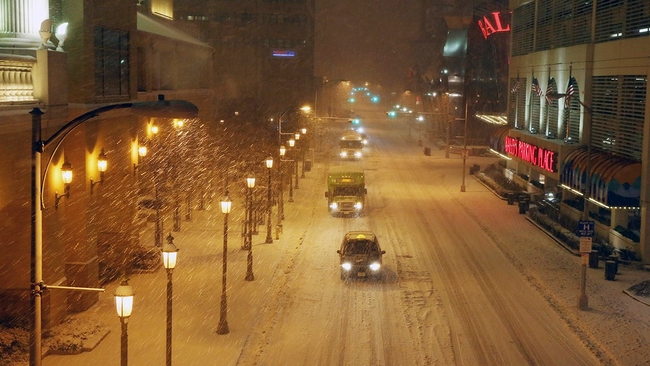 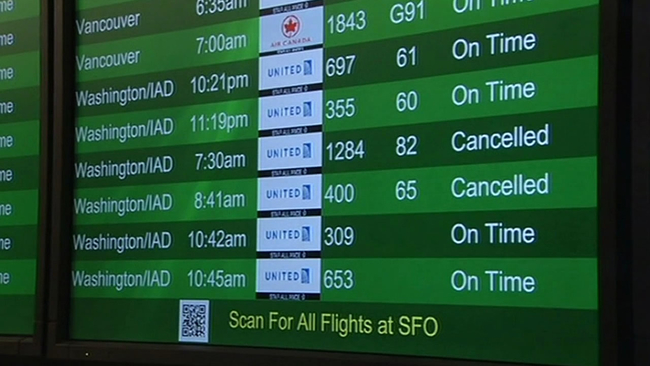 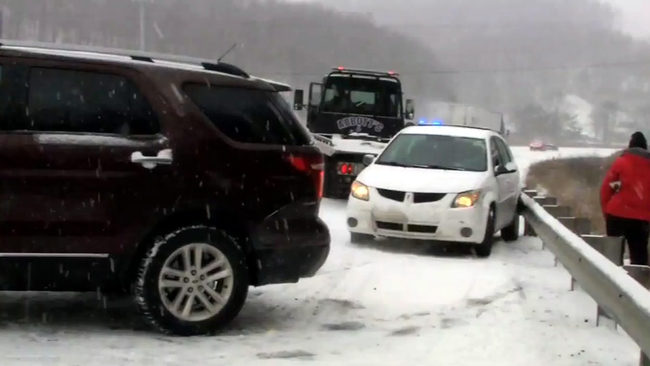 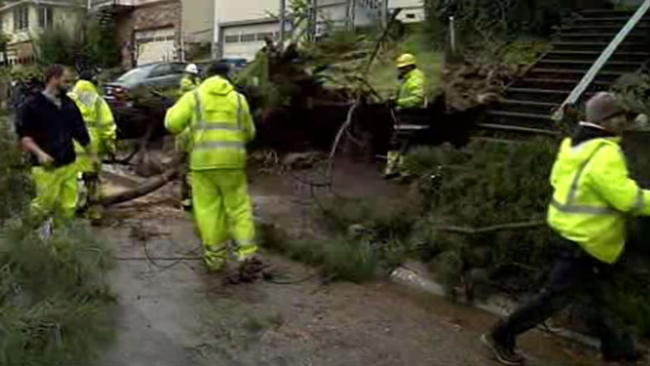 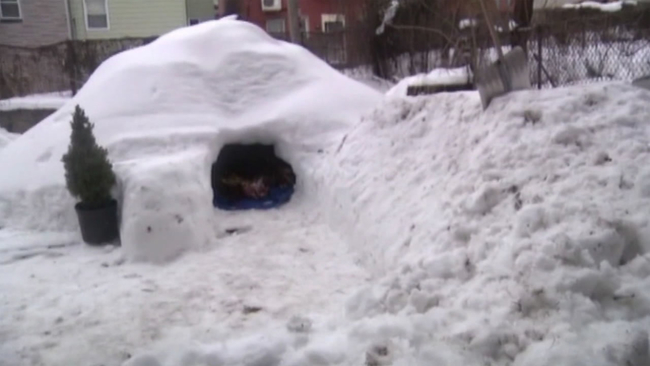 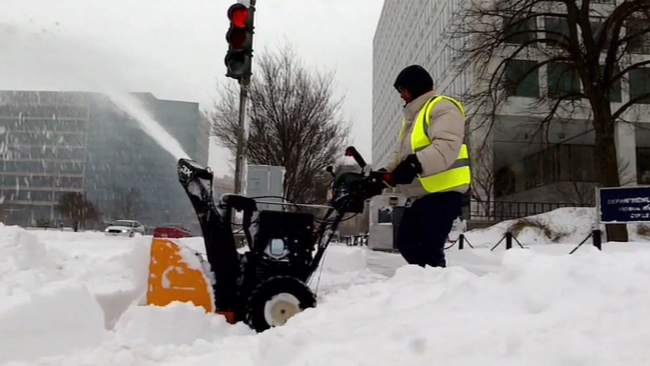