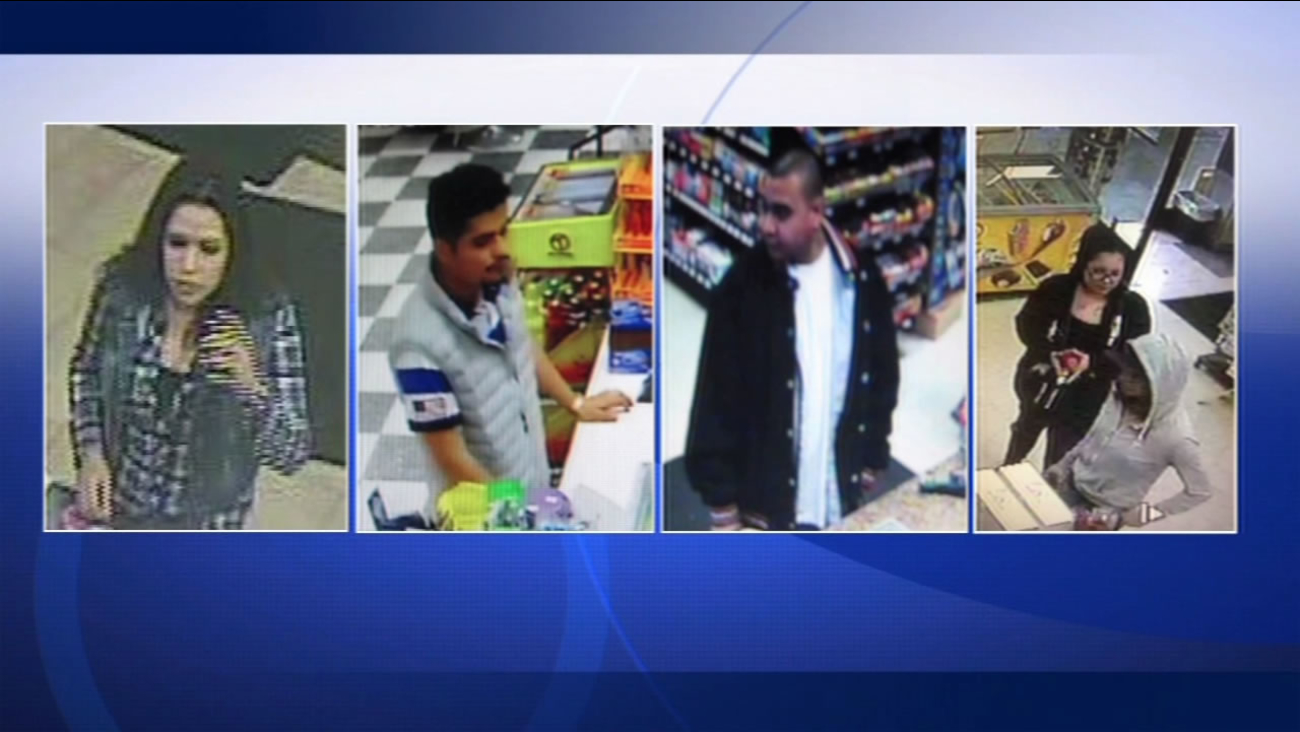 SANTA ROSA, Calif. -- The Sonoma County Sheriff's Office would like to speak with several suspects who were caught on video cashing in lottery tickets that were allegedly stolen in an armed robbery in Santa Rosa, according to a statement issued Monday.

Deputies did not disclose when or where the tickets were cashed in. They also did not release information about the robbery.

They did, however, release a series of images captured from security footage of at least four suspects and information about their vehicle.

One woman was dressed in black, wearing glasses with a tattoo on the left side of her chest. Another wore a plaid shirt and a vest, according to deputies.

One man was seen wearing a light gray vest, and another wore a black jacket with a white T-shirt.

They were driving a black Mercedes-Benz BL series SUV with the emblem on the front grill either blacked out or missing, according to deputies.

Anyone with information about the case is encouraged to use the Silent Witness form at http://www.sonomasheriff.org/silent-witness/ or call the anonymous tip line at (707) 565-2185.
Related topics:
santa rosarobberysonoma countysurveillancelotterysurveillance video
Copyright 2020 by Bay City News, Inc. Republication, re-transmission or reuse without the express written consent of Bay City News, Inc. Is prohibited.
More Videos
From CNN Newsource affiliates
TOP STORIES