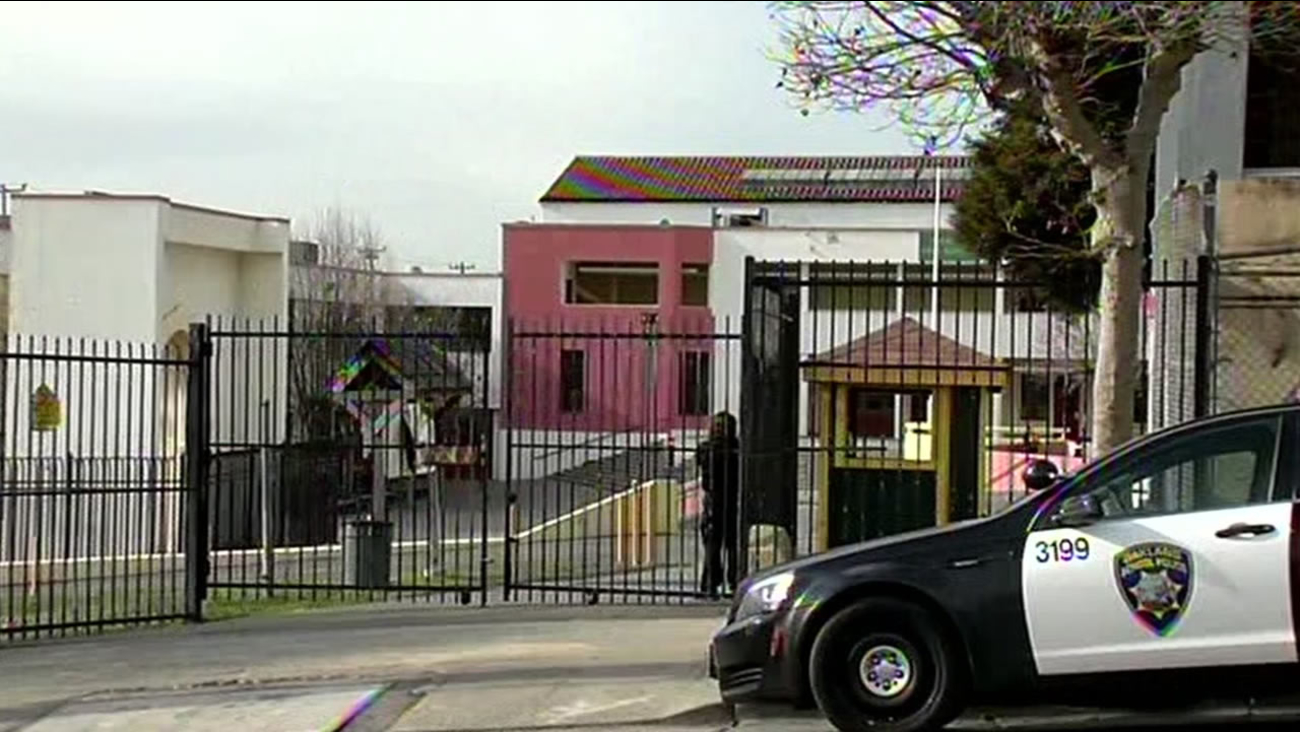 A police car is parked in front of Fremont High School in East Oakland, Calif. in this undated image. (KGO-TV)

OAKLAND, Calif. -- An Oakland Unified School District police car was severely damaged when a small group of students at Fremont High School in East Oakland walked off campus today to protest a confrontation earlier this month between a student and a security guard, a district spokesman said.

The walkout by students at the school campus at 4610 Foothill Blvd. apparently was in reaction to a confrontation between a 16-year-old male student with a security guard at the school on Jan. 8, school district spokesman Isaac Kos-Read said.

A video of the incident that was shown by district police chief Jeff Godown to the news media last week video depicts the student approaching a desk in the main office at Fremont High School and then turning to leave.

Before the student can leave the office area, a security guard blocks his path, shoves him back and the two struggle, pushing and shoving until they move into an area out of view of the camera.

The security guard continues struggling with the student just out of sight while another guard comes to his aid. About two minutes later, they emerge with the student in handcuffs and take him away.

In a separate incident, Fremont High student Jonathan Rodriguez on Friday filed a civil rights lawsuit in federal court in Oakland, alleging that he suffered emotional distress and injuries when two security guards at the school assaulted him and put him in a chokehold two years ago.
Related topics:
oaklandeast oaklandhigh schoolprotestopdvandalismsecurityexcessive forceinvestigationcaught on camerastudents
Copyright 2021 by Bay City News, Inc. Republication, re-transmission or reuse without the express written consent of Bay City News, Inc. Is prohibited.
More Videos
From CNN Newsource affiliates
TOP STORIES