Things to know about delegates at stake in Iowa caucuses 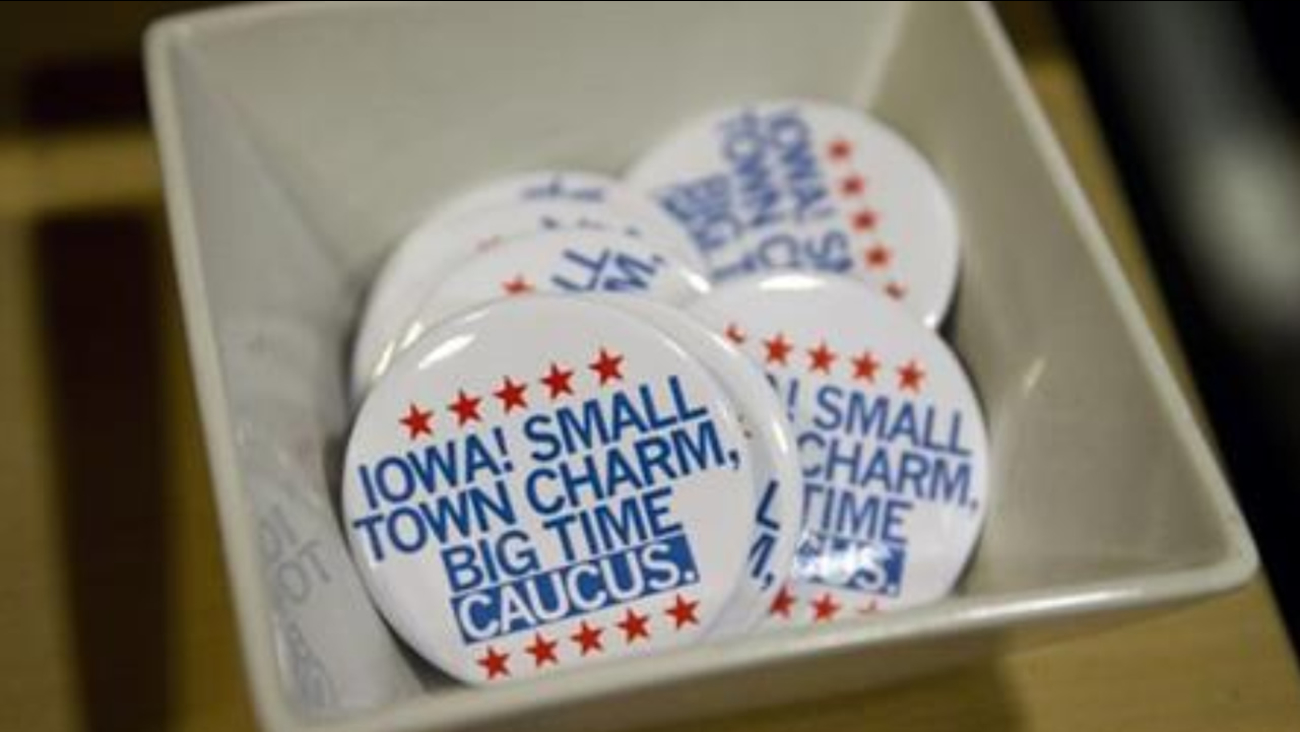 DES MOINES, Iowa -- Delegates are the key to claiming both the Republican and Democratic nominations for president, and the battle to win them starts Monday at the Iowa caucuses.

All of the Democratic contests award delegates in proportion to the vote, meaning you don't have to come in first to win some. Most of the GOP states award them proportionally, too, but there is a lot more variation from state to state.

For both parties, it takes a majority of delegates to the national convention to win the nomination. Some things to know about Iowa's delegates:

DEMOCRATS HAVE 44 DELEGATES AT STAKE
Iowa Democrats award delegates proportionally, based on the statewide vote as well as the vote in individual congressional districts.

The threshold could be a problem for former Maryland Gov. Martin O'Malley, who is polling below 15 percent in pre-election polls in Iowa.

In a tight contest, it is possible for two candidates to split the delegates evenly.

There are 4,763 delegates to the Democratic National Convention, so it takes 2,382 to win the nomination.

REPUBLICANS HAVE 30 DELEGATES AT STAKE
Republicans also award delegates proportionally, based on the statewide vote. But there is no threshold for winning them. That means a Republican candidate could win a single delegate with as little as 1.67 percent of the vote, depending on how the rounding works out.

There are 2,472 delegates to the Republican National Convention, so it takes 1,237 to win the nomination.

DO DELEGATES HAVE TO SUPPORT THE CANDIDATE WHO WINS THEM?
Yes and no.

Unlike past years, Iowa's GOP rules require delegates to support the candidate who wins them, unless only one candidate is nominated at the convention. In that case, they can support the remaining candidate.

For Democrats, Monday's caucuses are the first step of a multi-step process of winning delegates to the party's national convention. The final step of the process is the state party convention in June.

The Associated Press will allocate national convention delegates based on the results of Monday's caucuses. If the Democratic nomination is still in doubt when Iowa Democrats meet at their state convention, AP will update the delegate totals after that.

ISN'T CLINTON ALREADY AHEAD IN THE RACE FOR DELEGATES?
Yes. The Democrats have 712 superdelegates who can support any candidate, no matter whom voters choose in the primaries and caucuses. They are members of Congress and other elected officials, party leaders and members of the Democratic National Committee.

DO REPUBLICANS ALSO HAVE SUPERDELEGATES?
Yes but not nearly as many as the Democrats have, and they are only in a handful of states.

In the past, many of the 168 members of the Republican National Committee (three for each state and U.S. territory) were free agents who could support the candidate of their choice.

But the RNC says a new rule adopted at the 2012 national convention requires states to bind their delegates based on the outcome of presidential primaries and caucuses.

There are exceptions. For example, Colorado and North Dakota won't hold presidential preference votes, so the RNC members from those states can support the candidate of their choice.

Other delegates from these states might also be free agents, but those delegates have not yet been selected.