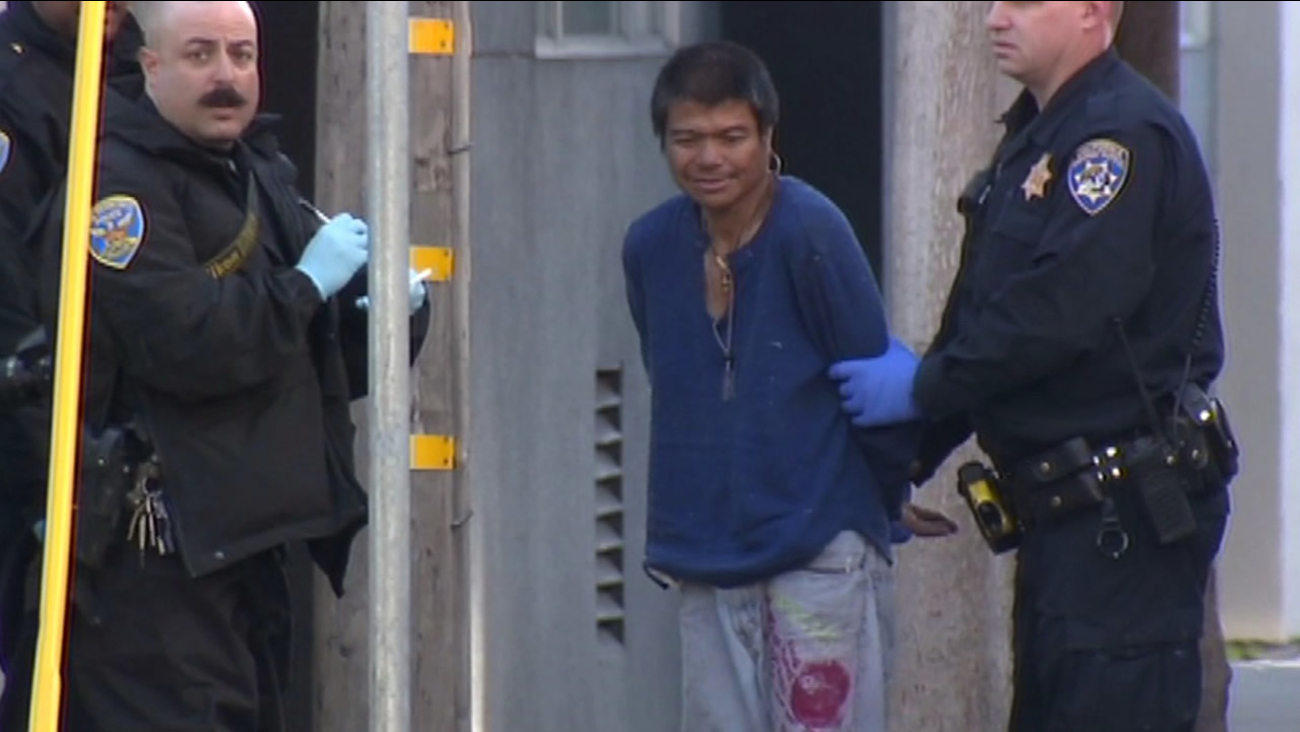 SAN FRANCISCO -- A man accused of slashing the throat of a California Highway Patrol officer during a confrontation at a San Francisco homeless encampment last week pleaded not guilty to multiple felony charges today.

Noel Corpuz, 45, is charged with attempted murder, assault on a police officer with force likely to cause great bodily injury and several felony counts for resisting arrest in connection with a Feb. 2 attack on CHP Officer Andre Sirenko.

Sirenko was slashed across the throat and arm during a struggle with a suspect on the Essex Street on-ramp to eastbound Interstate Highway 80 shortly before 10 a.m. while he was investigating a report of a pedestrian on the on-ramp.

Corpuz was arrested a short time later at a Wells Fargo bank at Fourth and Brannan streets and San Francisco police said a knife was also recovered at that location.

Public Defender Jeff Adachi, who represented Corpuz in court today, said questions remain about the identification of the suspect in the attack and about exactly what happened on the on-ramp.

Adachi said Corpuz, a slightly built Tagalog speaker who he said was originally from Hawaii, had "no history of violence."

"A person doesn't just wake up in the morning and decide to assault an officer," Adachi said.

Adachi said he will challenge Corpuz' bail, which is currently set at $5 million, in a hearing set for Feb. 24.

A number of CHP officers attended Corpuz's arraignment this morning in a show of support for Sirenko, who was released from San Francisco General Hospital on Monday night.

Capt. Christopher Sherry said Sirenko, who was initially taken to the hospital in critical condition, is recovering and "doing fine."

"The officer wants to come back to work and he's just overwhelmed with all the thanks and social media support" he's received, Sherry said.

"We're just grateful that the injuries were not more severe," Sherry said.