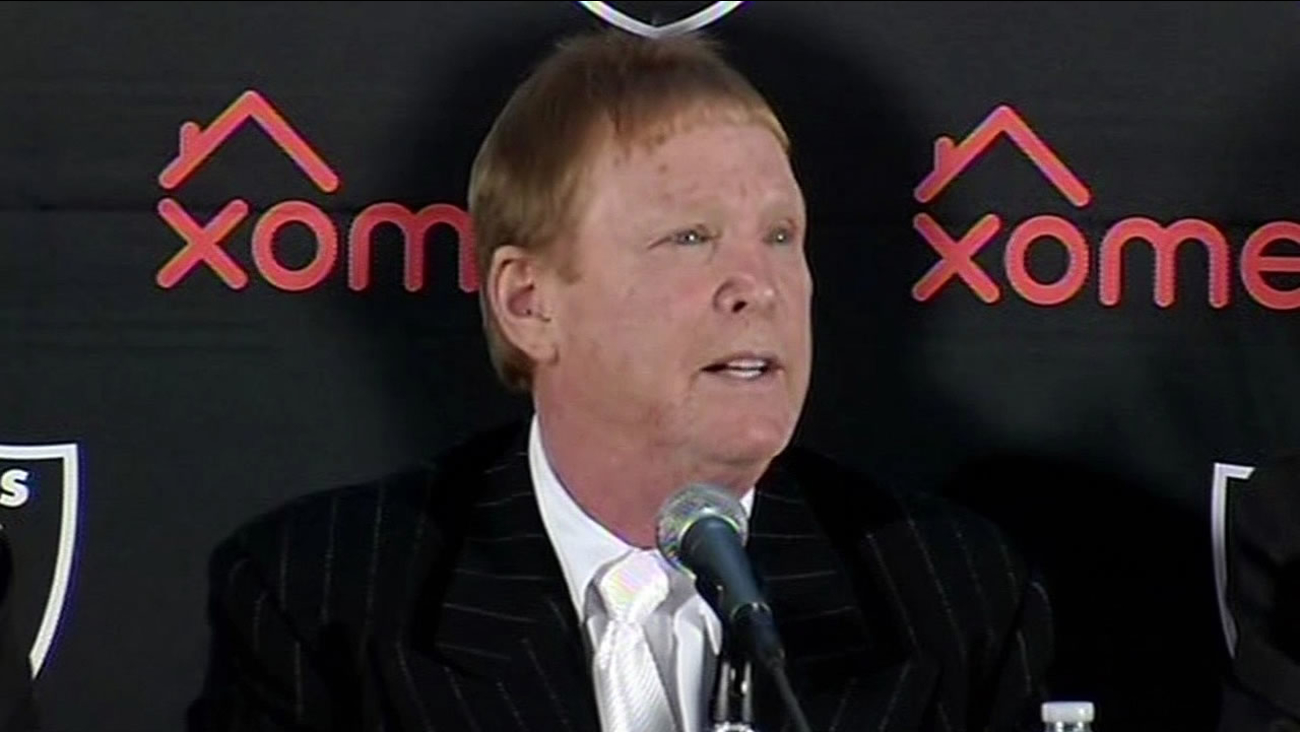 Oakland Raiders owner Mark Davis attended a press conference on Thursday, February 11, 2016 to say the team will play at O.co Coliseum in Oakland, Calif., for at least a year. (KGO-TV)

OAKLAND, Calif. (KGO) -- There was big news for the Oakland Raiders on Thursday as the team announced they reached an agreement to play at O.co Coliseum for the 2016-2017 season. Still, there is no guarantee they'll stay past that season.

Raiders owner Mark Davis says a lot of the decision to stay or leave depends on his neighbors - the Oakland Athletics.

Raiders fan Mathew Phillips told ABC7 News, "Their fan base is right here. This is where they need to stay."

"Today is like giving birth to a baby... and what I mean by that is it's a new beginning," Alameda County Supervisor Scott Haggerty said.

The Raiders and the Oakland Alameda County Joint Powers Authority agreed in principle on the deal -- a one-year lease at the Coliseum with two one-year options. Rent goes up $3.5 million the first year with incremental increases the second and third years. Despite the rent increase, Davis said season ticket prices would not go up. Season ticket prices have not been raised for 11 straight years.

"So in Oakland, there'll be a $225 season ticket for nine games in the third deck, which is probably one of the greatest values in sports," Davis explained.

Meantime, both parties promised to look for a way to stay permanently in Oakland. So for now, the Raiders will stay here. The speculation is whether they'll move later.

"My heart is here in Oakland and if we can get something done, that's what I'm trying to do," Davis said.

NFL Commissioner Roger Goodell says the league will provide $100 million to help build a new stadium in Oakland, but the city will have to come up with the rest of the money.

One option is to build two new stadiums on the coliseum property -- one for the A's and the other for the Raiders, but Davis says the A's better hurry.

"They need to commit ASAP. So that we can go ahead and design and take down the coliseum, provide all the infrastructure that's necessary to build two brand-new stadiums in Oakland," Davis said.

San Diego, San Antonio and Las Vegas have been mentioned as possible new homes for the Raiders.