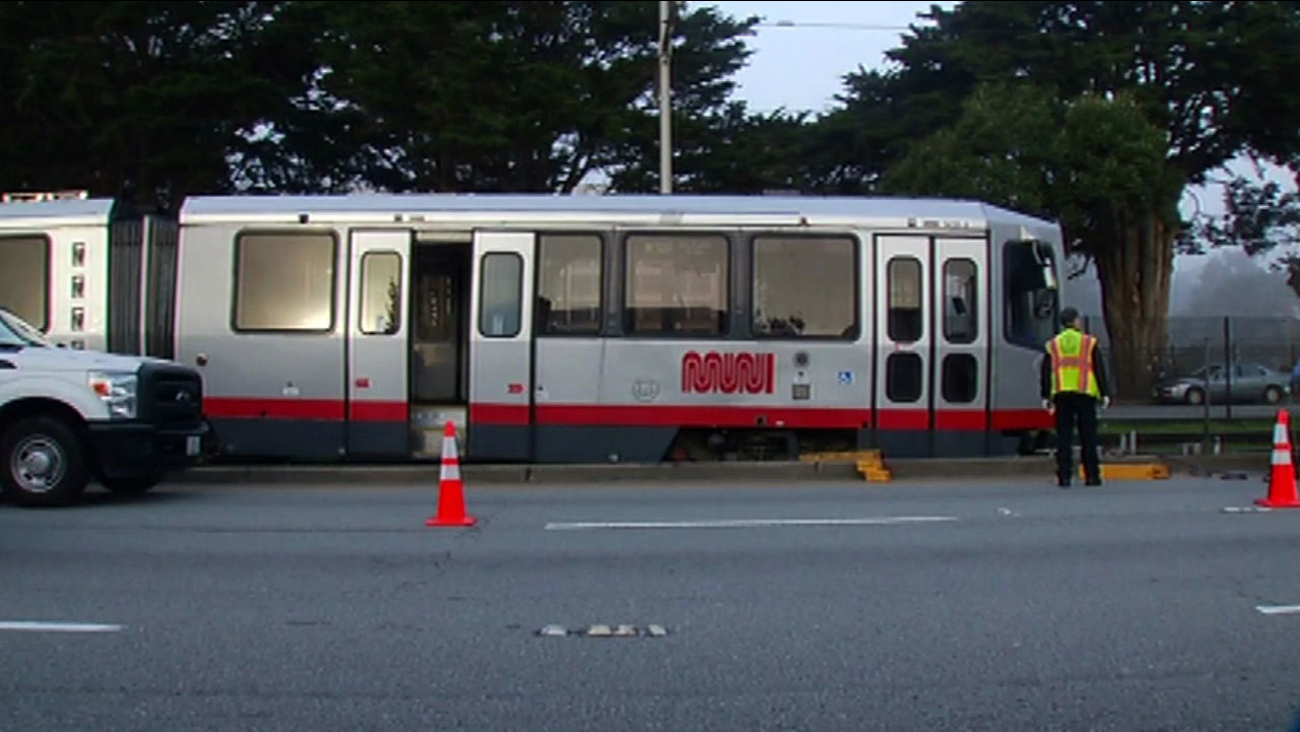 SAN FRANCISCO -- An M-Ocean View train derailed this morning in San Francisco's Sunset District, tying up service during the busy commute hours, according to the San Francisco Municipal Transportation Agency.

At least one of the wheel trucks went off the tracks in the area of 19th Avenue and Holloway Street, near San Francisco State University, around 6:20 a.m., according to Muni spokesman Paul Rose.

There were six passengers on board at the time of the incident, but no injuries were reported, Rose said.

Bus shuttles will be operating at regular M line stops between Phelan Loop on Ocean Avenue and West Portal station and riders can walk over to the K-Ingleside/T-Third line, Rose said.

Rose said Muni is working to put the train back on the rail and then will check for any damage to infrastructure before resuming service on the line. There is not estimated time for reopening yet.