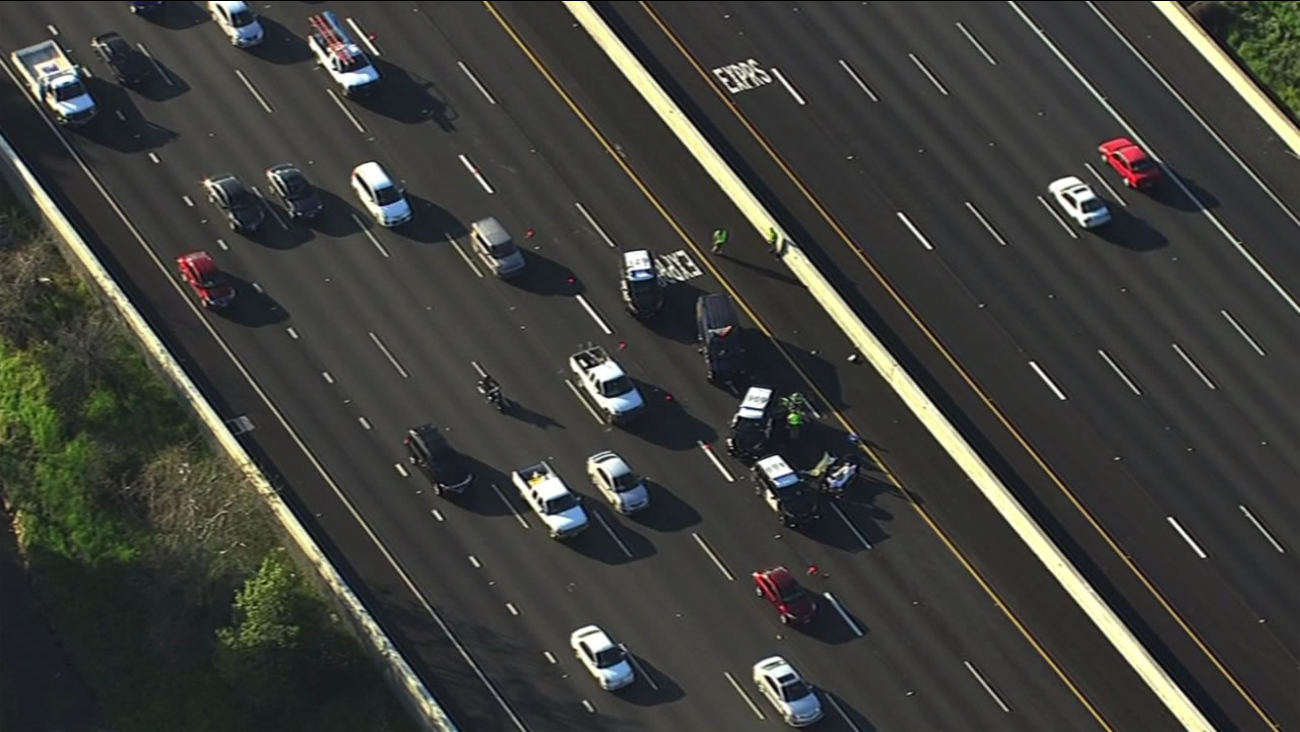 Emergency crews are responding to a fatal crash on Highway 580 in Livermore, Calif. that shut down eastbound lanes Feb. 24, 2016. (KGO-TV)

LIVERMORE, Calif. -- A fatal crash was reported on Interstate Highway 580 in Livermore Wednesday afternoon, shutting down two lanes, according to the California Highway Patrol.

The crash was reported to the CHP at 2:53 p.m. on the highway's eastbound lanes just west of the First Street exit. A male motorcycle rider was reported as being found unconscious in the highway.

CHP officials were not immediately able to provide details on cause of the crash or the number of vehicles involved.

The CHP classified the crash as fatal.

A Sig-alert was issued by the CHP at 3:08 p.m. warning drivers that the highway's two left lanes are closed. It is not yet known when the lanes will reopen, CHP officials said.