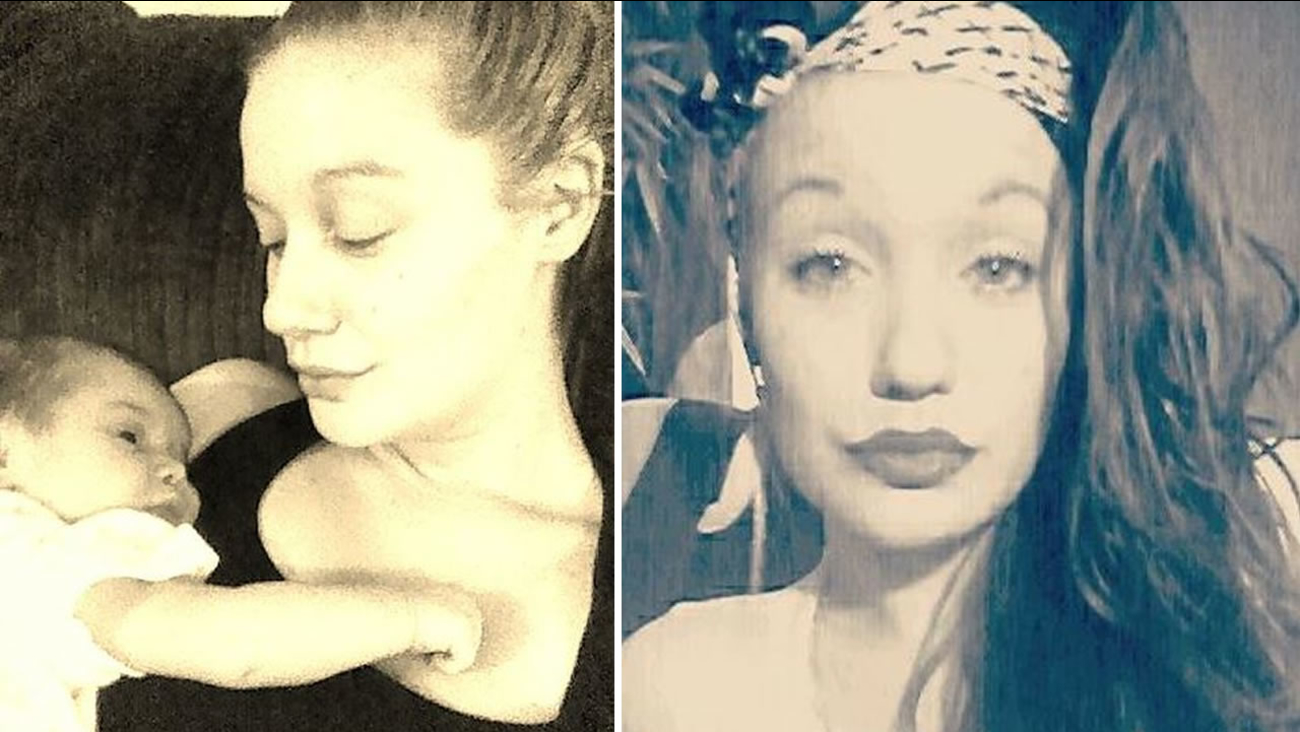 San Francisco police have released these images of 23-year-old Dana Rinta and her 17-month-old daughter Scarlett Rinta who were last seen March 14. (KGO-TV)

SAN FRANCISCO -- A mother, who went missing earlier this month along with her infant daughter, walked into a police station Saturday after authorities issued a missing persons alert, a San Francisco police spokesperson said.

The woman, identified as 23-year-old Dana Rinta, and her 17-month-old daughter, Scarlett, were both safe and unharmed, said San Francisco police spokesperson Officer Albie Esparza. They were last seen on March 14, police said.

Dana Rinta was in a former dating relationship with Stanislav Petrov, Esparza said. Petrov was beaten by Alameda County sheriff's deputies in November, an incident that was caught on tape and has resulted in three sheriff's deputies being placed on administrative leave.

The FBI and San Francisco police served a search warrant and arrested Petrov on Friday at around 3 p.m. at a Teddy Avenue residence in the city's Visitacion Valley neighborhood, said FBI spokesperson Prentice Danner.

Authorities also arrested a woman at the home, but Danner said he could not release the suspect's name.

It's unclear why Petrov was arrested. Danner said the criminal complaint against Petrov is sealed, and he cannot release information about the charges against him. That complaint will be released to the public on Monday, when Petrov is expected to appear in federal court, Danner said.

A 27-year-old man was injured in a shooting earlier in the morning on Friday on the same block where Petrov was arrested, according to San Francisco police.

Danner said Petrov's arrest was not related to the shooting. But, Danner also said that he could not release information on where Petrov is being held because authorities are concerned about Petrov's safety in relation to the unsolved shooting.

Attorneys Michael Haddad and Julia Sherwin, who filed the complaint on Petrov's behalf, alleged that the sheriff's department engaged in a "vast cover up" that was only exposed because surveillance video of the incident was obtained by the San Francisco Public Defender's Office and released to the public the following day.

The incident, which began at about 1:30 a.m. on Nov. 12, is being investigated by the Alameda County Sheriff's Office, San Francisco Police Department and San Francisco District Attorney's Office.

Petrov's attorneys alleged in the complaint that deputies Luis Santamaria and Paul Wieber beat Petrov repeatedly and that a third deputy stole a gold chain from Petrov, giving it to two witnesses in return for their silence.

Deputies allegedly found a loaded gun and drugs for sale in Petrov's car. Wieber said in a report written four days after the incident that he feared Petrov was concealing a weapon in his baggy pants.

The deputies continued to strike Petrov because "the baton strikes appeared to have little if any effect on Petrov as he continued to actively resist," Santamaria said in a report.
Related topics:
san franciscosfpdmissing woman
Copyright 2021 by Bay City News, Inc. Republication, re-transmission or reuse without the express written consent of Bay City News, Inc. Is prohibited.
More Videos
From CNN Newsource affiliates
TOP STORIES