At least one dead in crash on Embarcadero in San Francisco 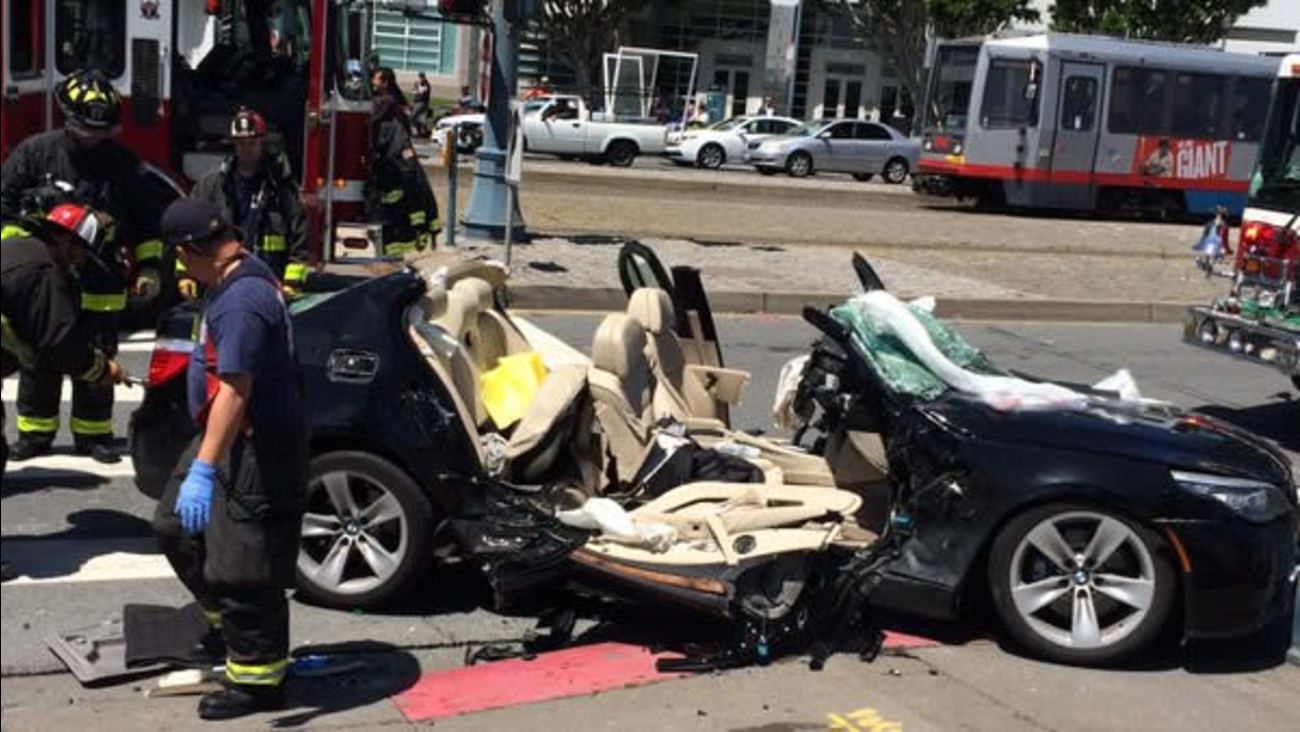 A car crash is seen on Embarcadero at Bryant Street in San Francisco, Calif. on Wednesday, April 27, 2016. (@sffdpio/Twitter)

SAN FRANCISCO -- Police said at least one person has died in a two-vehicle collision this afternoon on The Embarcadero in San Francisco.

Police Officer Albie Esparza said on Twitter at 2:43 p.m. that the collision resulted in a fatality.

An initial report said three people were injured, with two in critical condition and one in stable condition.

The northbound lanes of The Embarcadero remain closed this afternoon. Bryant Street traffic on the area is being diverted to southbound The Embarcadero, Esparza said.