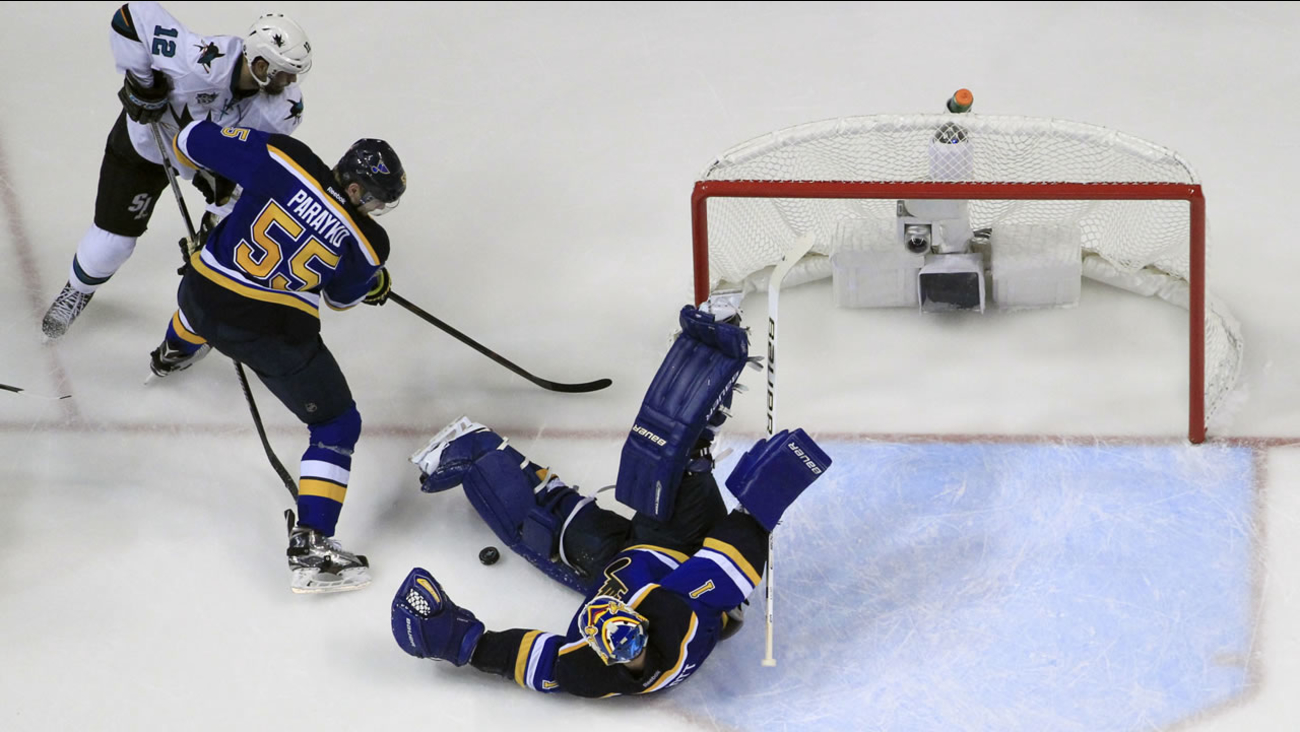 Blues' Elliott makes the save as Sharks' Marleau and Blues' Parayko battle for the puck during Game 1 of the Western Conference Finals on May 15, 2016, in St. Louis. (AP Photo)

SAN JOSE, Calif. -- Brian Elliott had another standout game in net, David Backes and Jori Lehtera had goals and the St. Louis Blues opened their first Western Conference final in 15 years with a 2-1 victory over the San Jose Sharks on Sunday night.

Tomas Hertl scored on a first-period deflection for the Sharks, who outshot St. Louis 32-23 but couldn't quite solve Elliott.

The Sharks were the best road team in the NHL in the regular season at 28-10-3, but have dropped four in a row on the road in these playoffs, including all three in the second round against Nashville. They had seven goals in three road losses to the Predators and were 0 for 5 on the power play, which had been a major plus. San Jose had been converting on 33 percent of its power plays in the postseason. 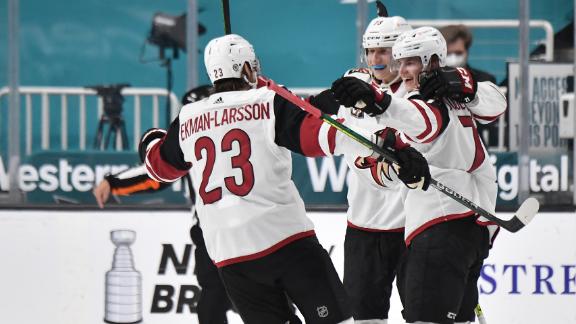