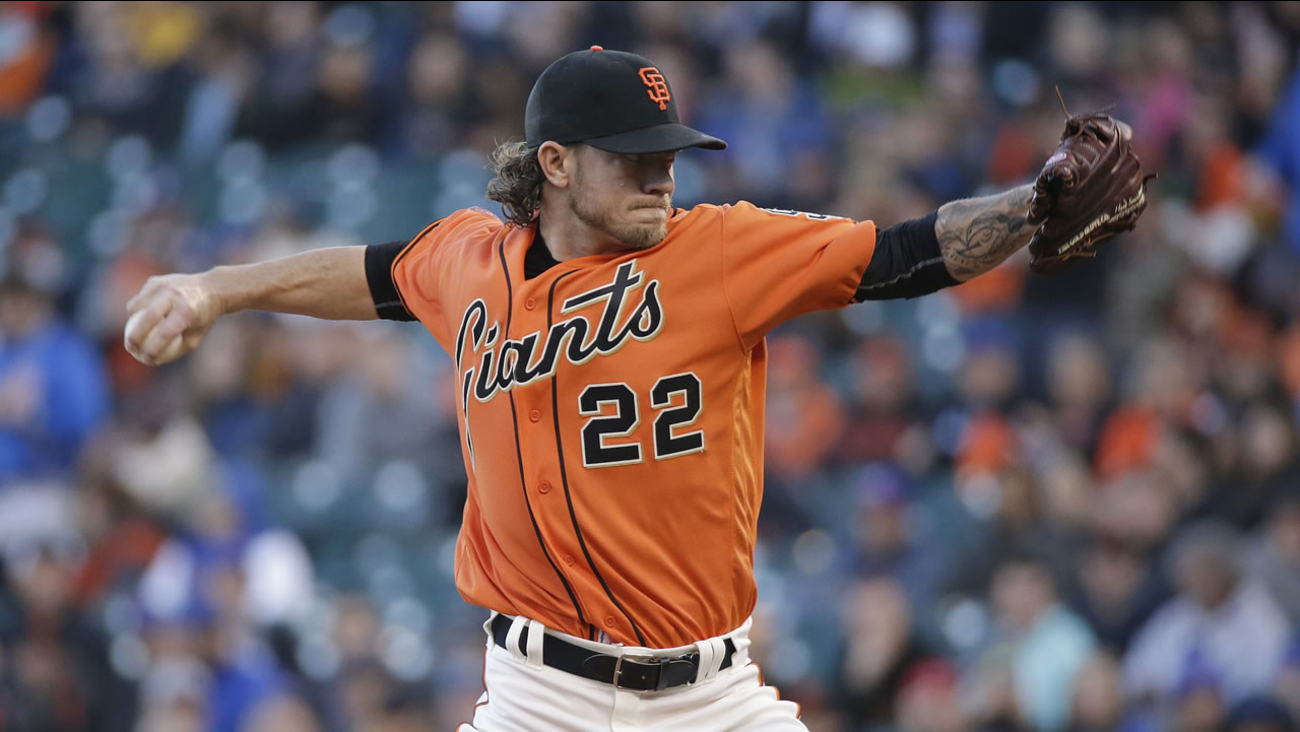 The Cubs won in Arrieta's 22nd consecutive start going back to last season, with their ace going 16-0 over that stretch. They won on the road for the 24th time in 29 games as they snapped San Francisco's eight-game winning streak.

Cubs outfielder Jason Heyward left the game in the bottom of the first inning after crashing into the wall on a diving catch.

Heyward is under evaluation for an injury to his right torso abdominal region, the Cubs said.

Heyward chased a shot over his head off the bat of Denard Span, robbing the Giants' leadoff man of extra bases on the third pitch he saw from Arrieta (8-0).

Arrieta, who leads the majors with a 1.29 ERA, allowed four hits, struck out eight and walked one in seven innings.

Bryant was 2 for 5 with four RBIs, including a three-run homer to left off Jake Peavy (1-5) that highlighted a five-run outburst in the second inning.

After Bryant's homer, Anthony Rizzo chased Peavy with a single to right that snapped his streak of 13 consecutive hitless at-bats.

Ben Zobrist homered into McCovey Cove for his sixth homer, becoming just the 38th opposing player and the second Cub (Corey Patterson is the other) to reach San Francisco Bay's waters with a "splash hit." Zobrist's homer extended his hitting streak to seven games and his on-base streak in games in which he's started to 26.
Related topics:
sportssan francisco giantsmlbbaseballchicago cubs
Copyright © 2021 by The Associated Press. All Rights Reserved.
More Videos
From CNN Newsource affiliates
TOP STORIES