Man sentenced gets life in break-in, 'nanny cam' beating of mom in front of toddler 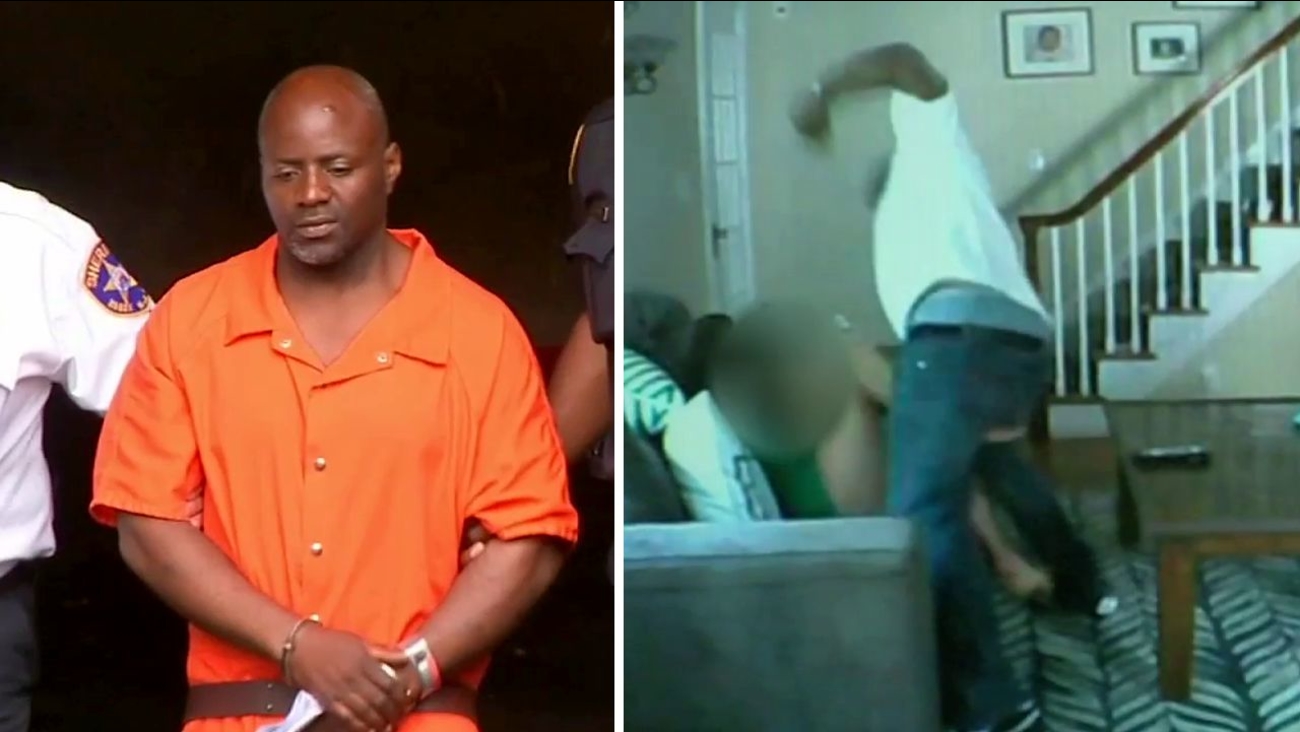 NEWARK, N.J. -- A New Jersey man was sentenced to life in prison Wednesday for a brutal home invasion beating that was caught on a home surveillance camera.

Shawn Custis, of Newark, was convicted June 1 of aggravated assault, robbery and other crimes for the 2013 attack in Millburn.

The victim and her 3-year-old daughter were home at the time, watching television, along with another child who was sleeping upstairs.

The video was graphic and difficult to watch, showing a burly man push his way into the suburban home and begin to punch and kick the woman for several minutes, at one point throwing her down a flight of stairs, all while the toddler watched from the couch. Custis then fled the location with some jewelry, including the victim's wedding ring.

The woman suffered injuries but survived and testified at the trial. The child wasn't injured.

Watch a portion of the video here:

A nanny camera captured the 2013 attack on a woman at her home in Millburn, New Jersey.

Judge Ronald Wigler administered the life sentence on the first-degree robbery charge, saying Custis is a "persistent offender" who "has almost as many arrests as he has birthdays." He added that Custis committed a similar crime in the 1990s, when he pushed a mother and young child down a flight of stairs.
Custis's attorney argued during the trial the police investigation was biased because a white officer responding to the crime scene was heard on the video camera using a racial slur. The victim, who is not being identified because she still lives in fear, gave an impact statement saying she is in constant physical pain and suffers PTSD because of the attack that left her unconscious.

"I carry a personal alarm even when I am in the comfort of my own home," she said. "I am in my own prison. I haven't opened a window in my house in two years."

Approaching the bench to describe how the crime has affected her, the woman said she suffered a fractured bone in her back and facial injuries and remains so traumatized that she has been unable to return to work and has had to move her family. She gasped and sobbed in the gallery after the sentencing.

"I have a responsibility to mete out a fair and just sentence, a sentence that will protect the public and the community from this extremely dangerous and violent predator who will most certainly commit other more serious crimes if ever given the opportunity to do so," Judge Wigler said. "And I have no intention of ever letting that happen again."

Custis said nothing during the hearing and held a folder of papers in front of his face during the proceeding to block photographers from taking his picture. Wigler added an additional five years to his life sentence for the child endangerment conviction, and Custis won't be eligible for parole for more than 60 years.