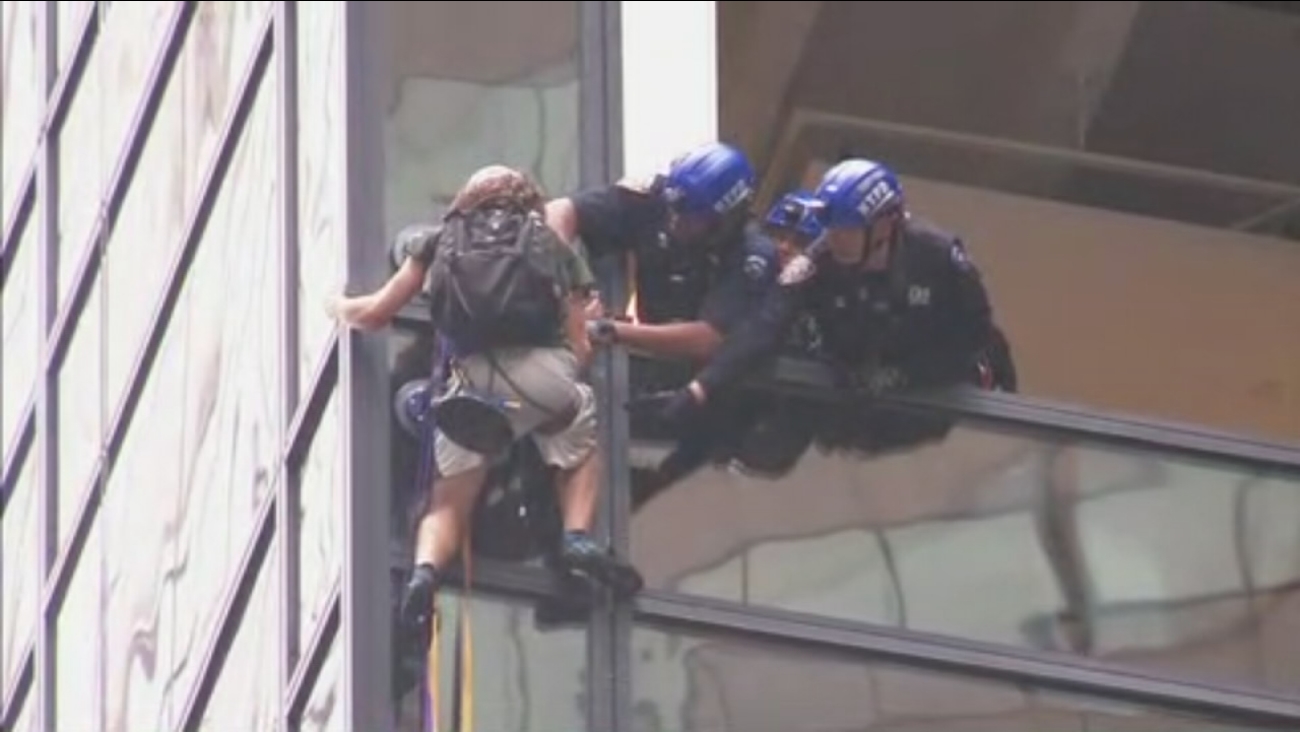 Watch as the NYPD pulls the Trump Tower climber into the building. (WABC)


Witnesses say the man started climbing Donald Trump's namesake skyscraper at about 4 p.m. He was wearing a backpack and used suction cups, ropes and a harness to slowly climb the building from an outdoor terrace just a few floors up.

A man is using some kind of "suction cups" to climb the south side of the Trump Tower building in Manhattan.