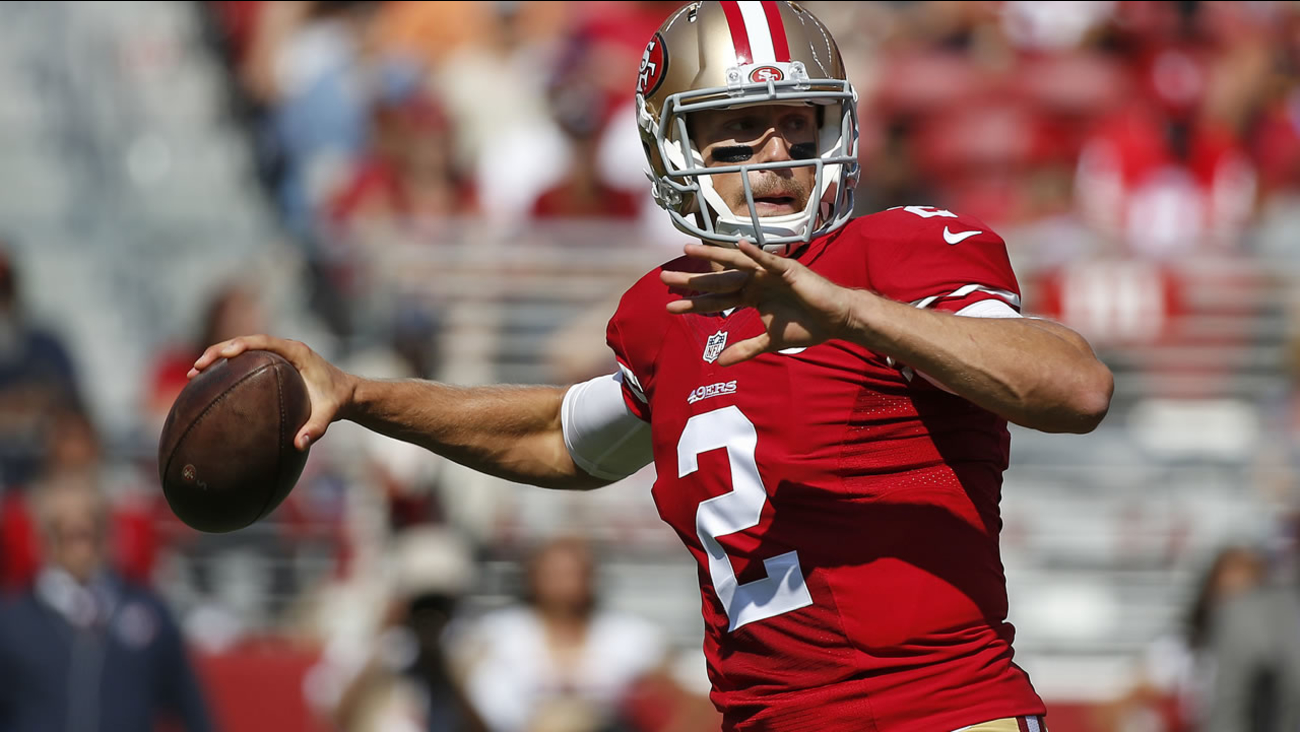 SANTA CLARA, CA -- Blaine Gabbert had the stage to himself in San Francisco's quarterback competition with Colin Kaepernick nursing a sore shoulder and provided a strong finish to an uneven performance in the exhibition opener.