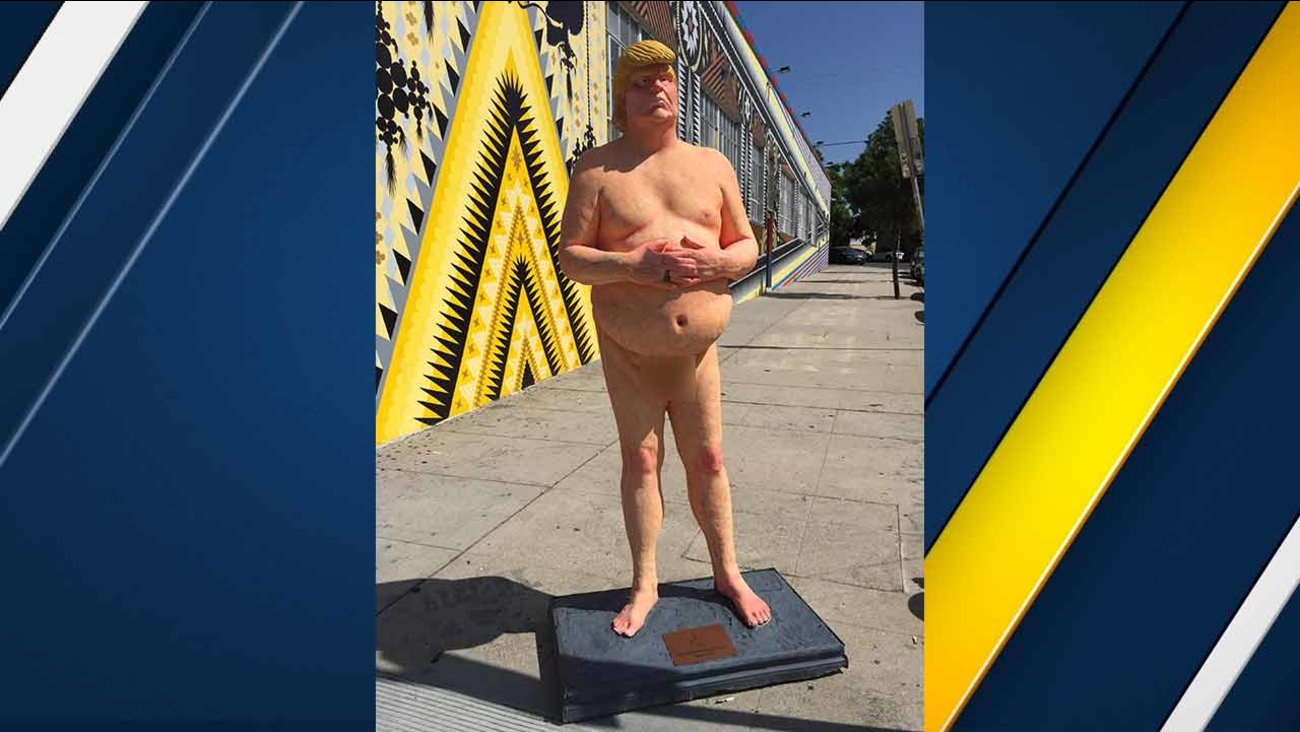 LOS FELIZ, LOS ANGELES -- A statue of a stark naked Donald Trump appeared on a sidewalk in Los Feliz on Thursday - and it's not the only place the GOP presidential nominee's likeness showed up in the nude. 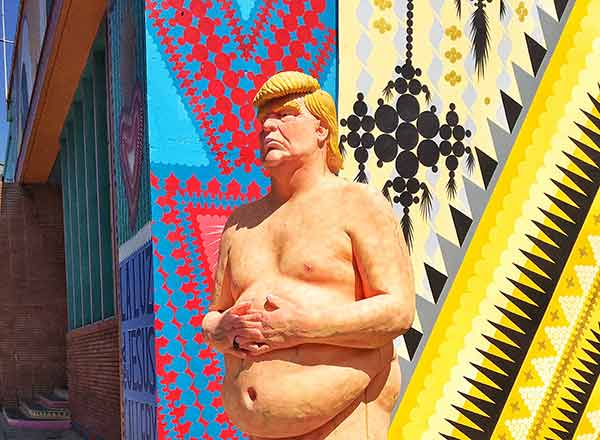 The location tags on two of the photos showed the Capitol Hill neighborhood of Seattle and Union Square in Manhattan. The three other images did not have location tags, just captions that read Los Angeles, Cleveland and San Francisco.
This isn't the first time Trump was the subject of something like this. Last month, a street artist known as Plastic Jesus built a tiny wall around Trump's star on the Hollywood Walk of Fame.