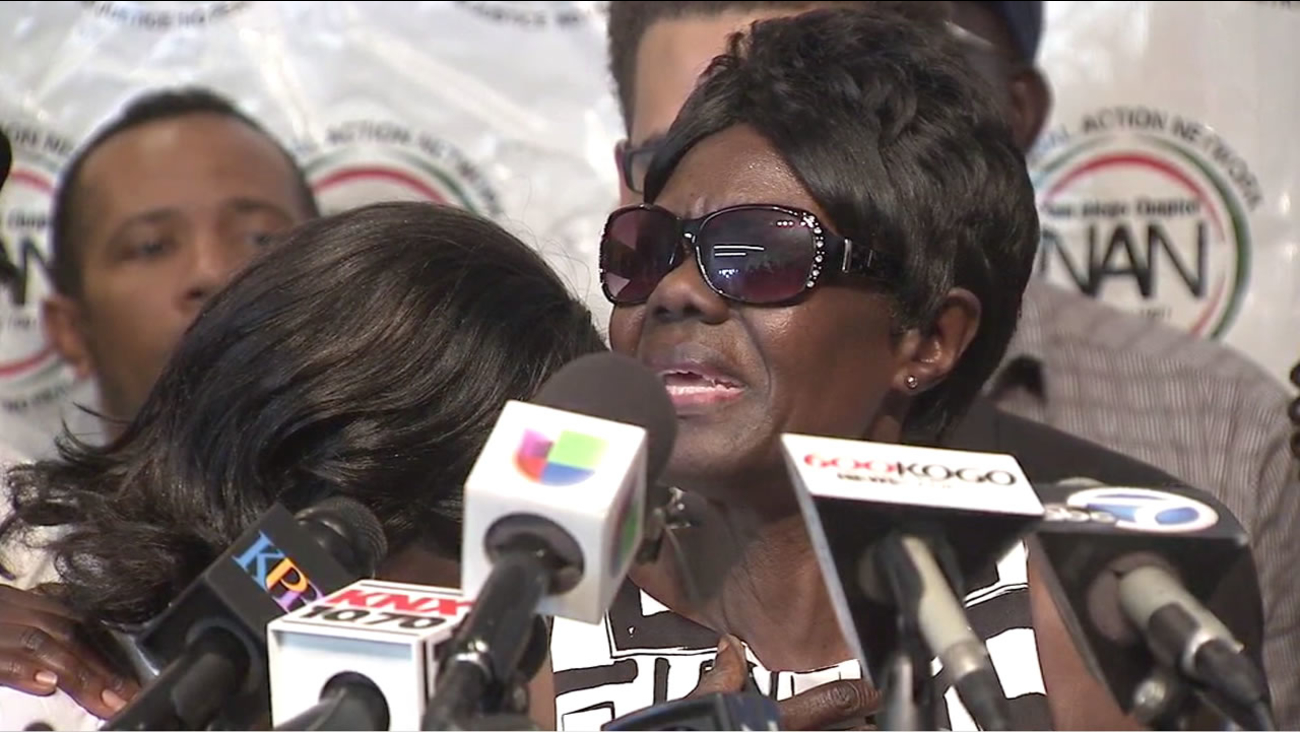 Pamela Benge, the mother of Alfred Olango, who was fatally shot by police, is shown speaking at a press conference on Thursday, Sept. 29, 2016. (KABC)

EL CAJON, Calif. -- The mother of Alfred Olango, an unarmed man who was fatally shot by police in El Cajon, spoke out Thursday, saying her son was not mentally ill but grieving for a dead friend.

The mother of an unarmed man who was fatally shot by police in #ElCajon spoke out yesterday about her son's death. https://t.co/tDZ6TjBhxT pic.twitter.com/QMJXRFUl0G

El Cajon police released this image of a man with his hands in a shooting stance right before officers shot and killed him on Tuesday, Sept. 27, 2016.