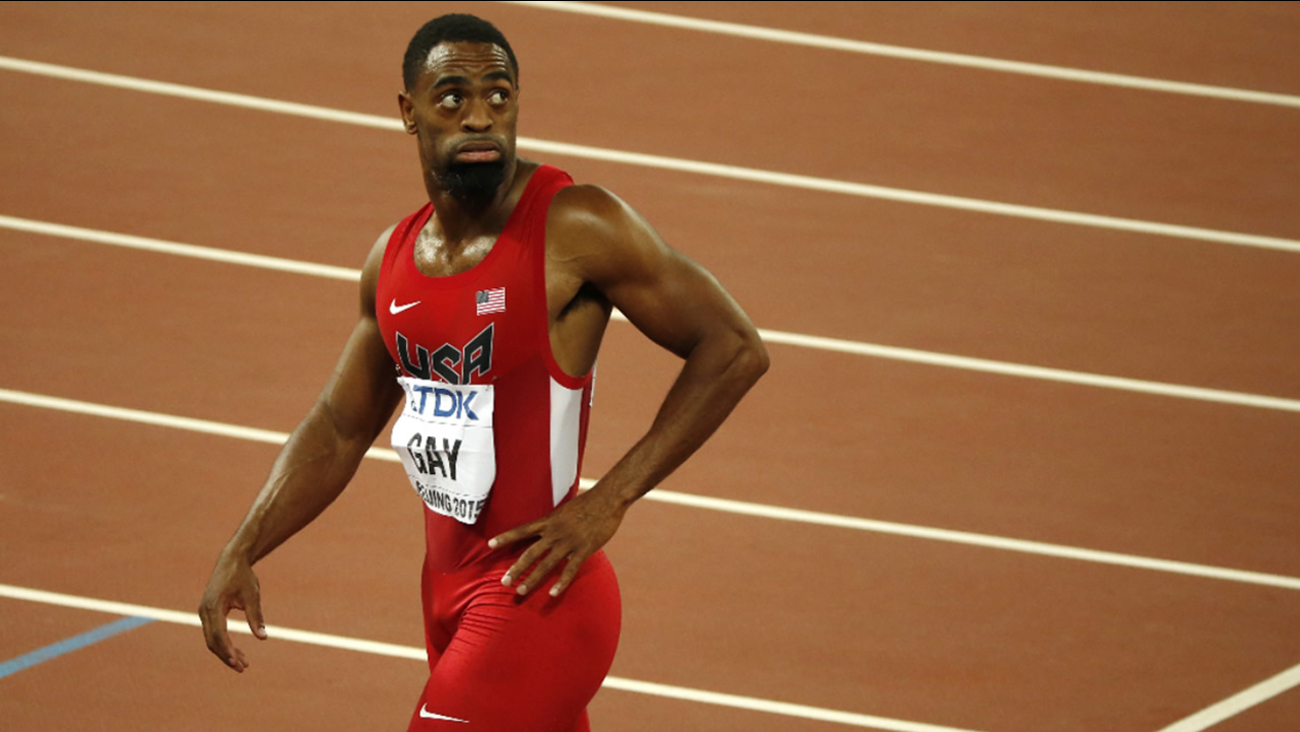 Sending our thoughts & prayers to @TysonLGay & his loved ones as they mourn the tragic & senseless loss of his daughter, Trinity.

The Fayette County coroner's office says in a statement that Trinity Gay died at the University of Kentucky Medical Center.

The sprinter's agent, Mark Wetmore, confirmed in a text message to The Associated Press that Gay's daughter was killed.

Lexington police said in a statement officers went to the parking lot of a restaurant after witnesses reported gunfire exchanged between two vehicles. Officers located one of the vehicles and stopped two people for questioning.