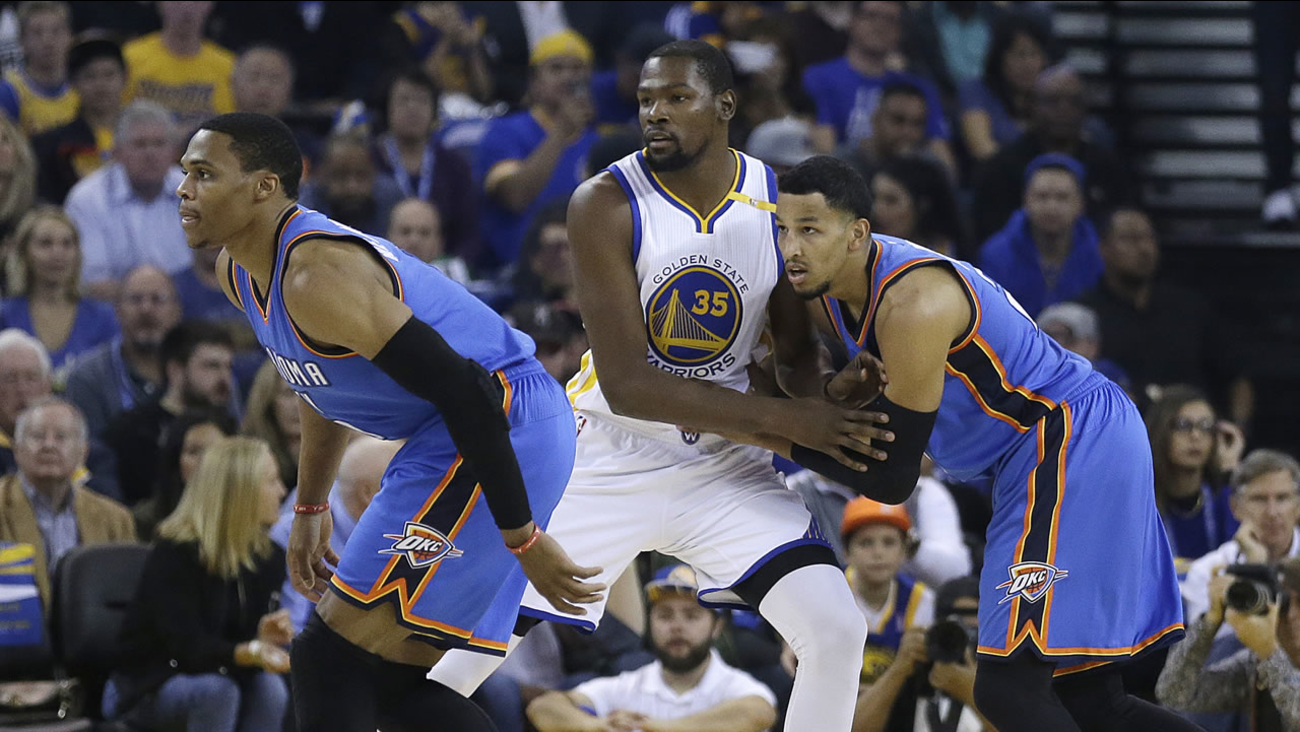 This rematch of the Western Conference Finals won by the Warriors in seven games quickly turned into the KD show at sold-out Oracle Arena, where OKC (4-1) took its first loss to leave LeBron James and the champion Cavaliers as the league's lone unbeaten team.

So much for this one being just like any other game for Durant. Even he knew it would certainly mean more once the ball was tipped, a matchup circled on calendars everywhere from the moment he joined the Warriors in July.

Westbrook was held to 20 points - yes, that's right - after coming in as the NBA's leading scorer averaging 37.8 points.