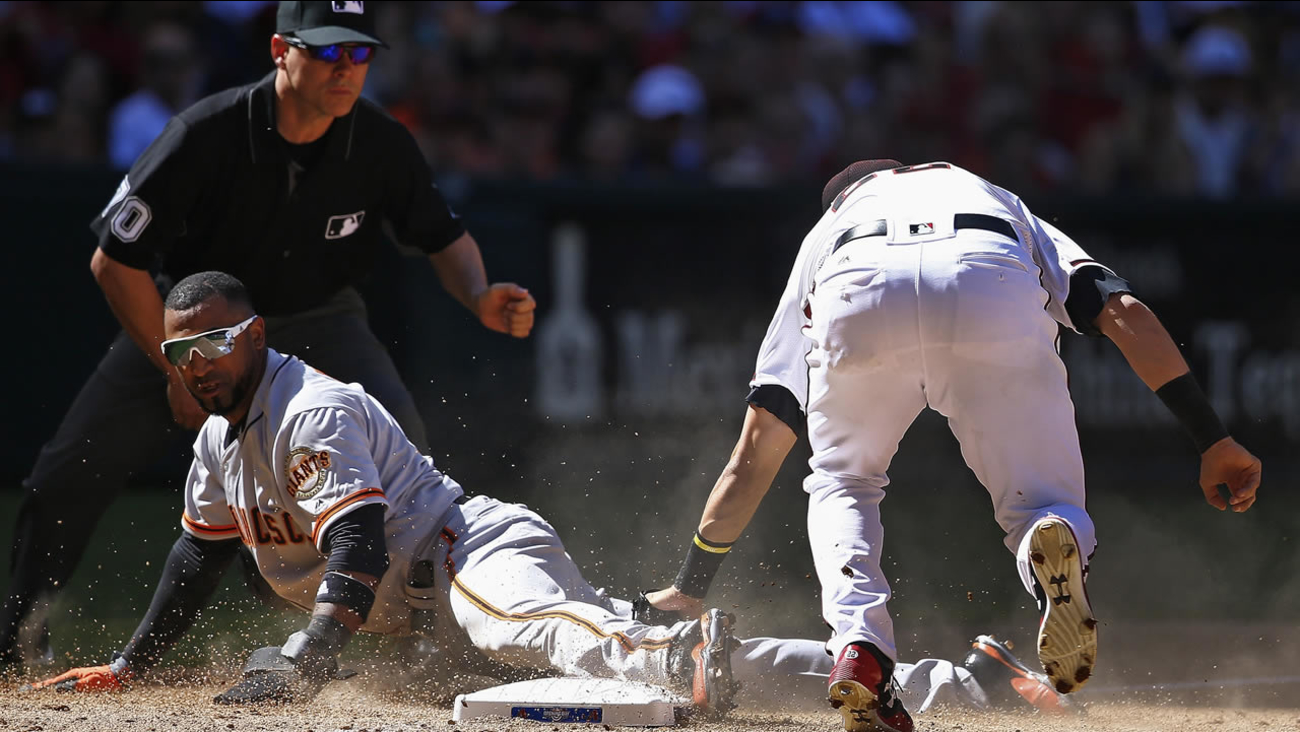 Derailed by a dreadful bullpen last year, the Giants started this season the same way - even after trying to fix the problem by bringing in Melancon on a $62 million, four-year contract as a free agent. They wasted a record-breaking performance by pitcher Madison Bumgarner, who homered twice and retired his first 16 batters.

Arizona got a double and three singles after Melancon (0-1) retired the first two batters in the ninth. A.J. Pollock singled in the tying run and Owings dumped a base hit into right field to end it.