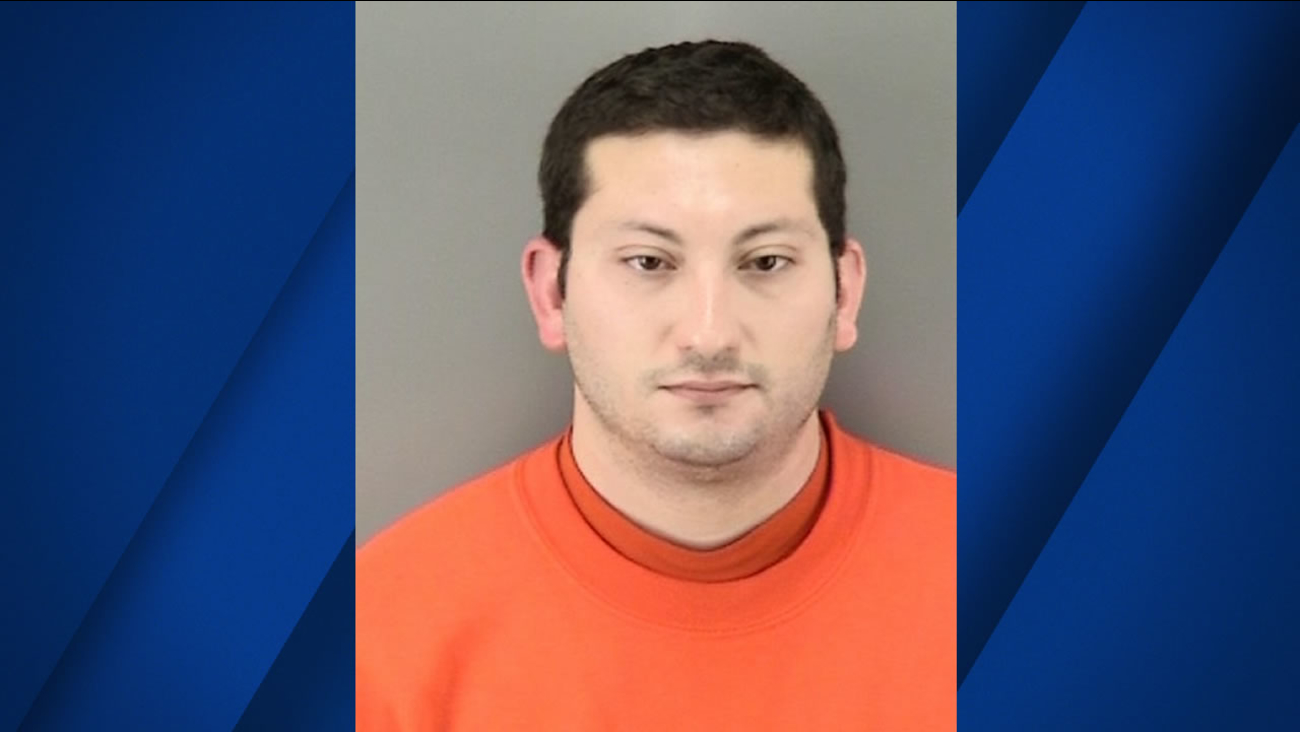 Nicholas Hodges, 28, came under suspicion in March when police began an investigation into an individual who was uploading and storing what they described as "hundreds of graphic child pornography files" online.

Investigators executed a search warrant at Hodges' home in San Francisco on Tuesday and seized devices containing hundreds of images of child pornography, according to police.

Hodges was arrested at his workplace, La Petite Baleen swim school in San Francisco. A cellphone seized from him during his arrest yielded additional evidence of child exploitation, police said.

He remains in custody with bail set at $335,000, according to jail records.

Hodges' Facebook page indicates that he began working for La Petite Baleen in September 2015. It also shows previous jobs with the Disney Store and House of Air, an indoor trampoline park in San Francisco's Presidio.

The following statement was issued today by John Kolbisen, owner and CEO of La PetiteBaleen, Inc. regarding the investigation and arrest of a former employee by the San Francisco Police Department Internet Crimes Against Children Unit:

"The SFPD Internet Crimes Against Children Unit notified us of their investigation of an employee for charges relating to child pornography. We are shocked and horrified by these charges. La Petite Baleen is a family-owned swim school, and we are dedicated to fostering a safe and supportive environment for children and adults.

We took immediate steps to investigate and then terminate the employee, Nicholas Hodges, who began working for us in September 2015.

We are doing everything we can to assist the SFPD in its investigation. We informed our employees and are notifying parents of students. At this time, we are not aware of evidence or allegations linking any of our students to the current charges against the former employee.

Nothing like this has ever happened in more than 35 years of our swim school. We conduct background checks of all employees and require their completion of a rigorous training program. The former employee passed a 50-state background check that included fingerprinting. If anyone has any information that may assist in the investigation, please contact the SFPD Special Victims Unit at 415-558-5500."