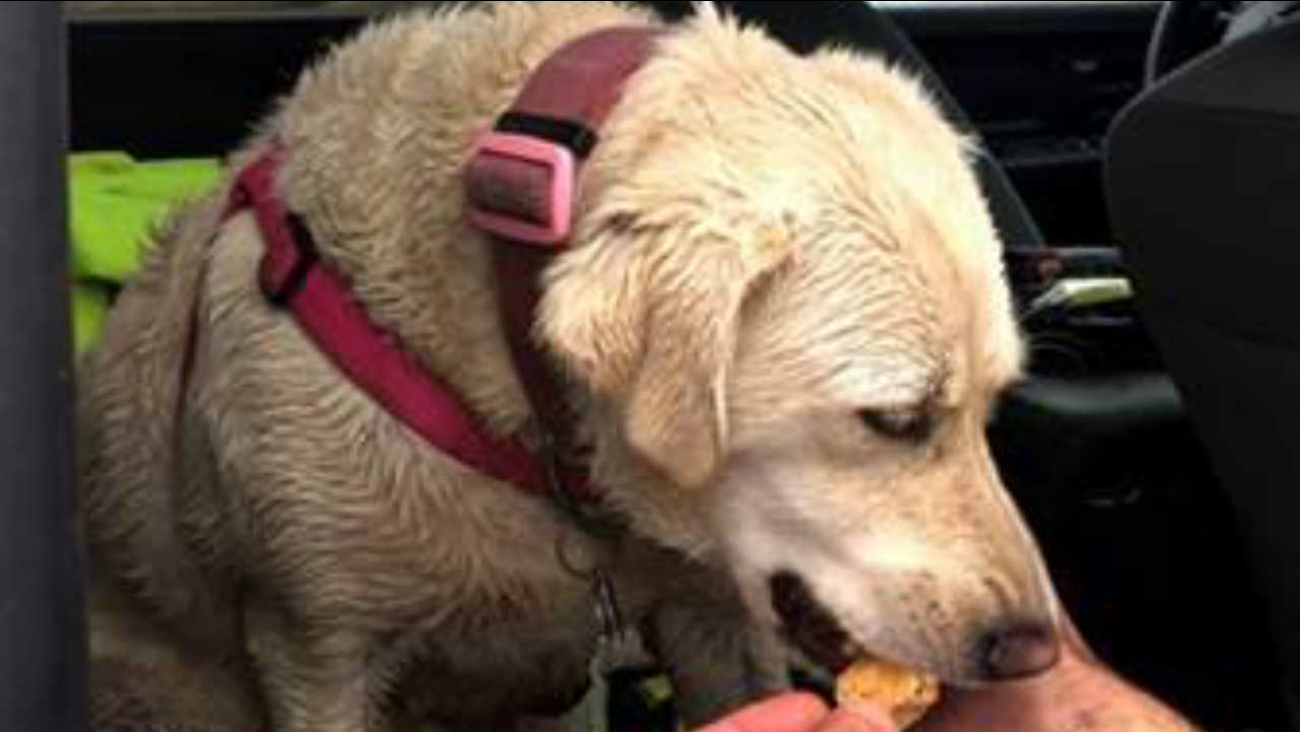 TOMALES BAY, Calif. -- A dog that was aboard a boat that capsized Monday in Tomales Bay, killing a man on board, was found alive Thursday by Marin County firefighters.

Two battalion chiefs were scouting locations for a firefighters' water rescue orientation around 11:30 a.m. today when they encountered Yoda hunkered down under a rock outcropping.

The yellow Labrador retriever named after the Star Wars Jedi master had been on board a 13-foot Boston Whaler that capsized in rough surf at the mouth of Tomales Bay around noon Monday.

Yoda the dog is seen with members of the Marin County Fire Surf Rescue Team in this undated image.

Battalion Chiefs Chris Martinelli and Graham Groneman were in a boat a quarter-mile north of Dillon Beach when they spotted a pale yellow object on the rocky beach.

Survived, he did. Yoda was wet and shivering, had no apparent injuries and he matched the description of the missing dog.

He was brought to the Tomales Fire Station to warm up by a fireplace and be fed. The Marin Humane Society checked him out before releasing him to a family member.