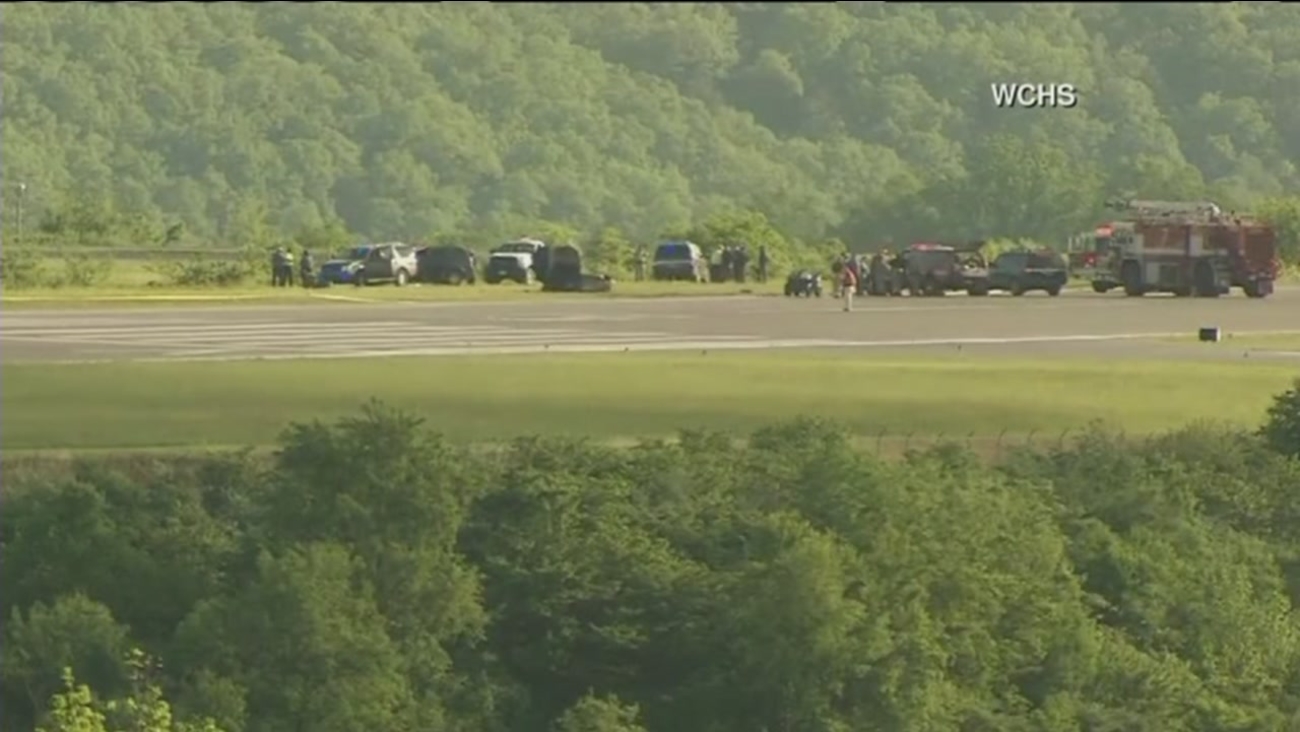 Plane contracted by UPS slides off runway in West Virginia, Friday, May 5, 2017. (WCHS)

CHARLESTON, W.Va. -- An airport official says a cargo plane contracted by UPS has gone off the runway and over a hillside at a West Virginia airport.

New outlets report emergencies crews are at the scene. It wasn't immediately clear whether injuries have been reported.

Plante says the plane flew from Louisville, Kentucky, and was trying to land when it went off the runway.