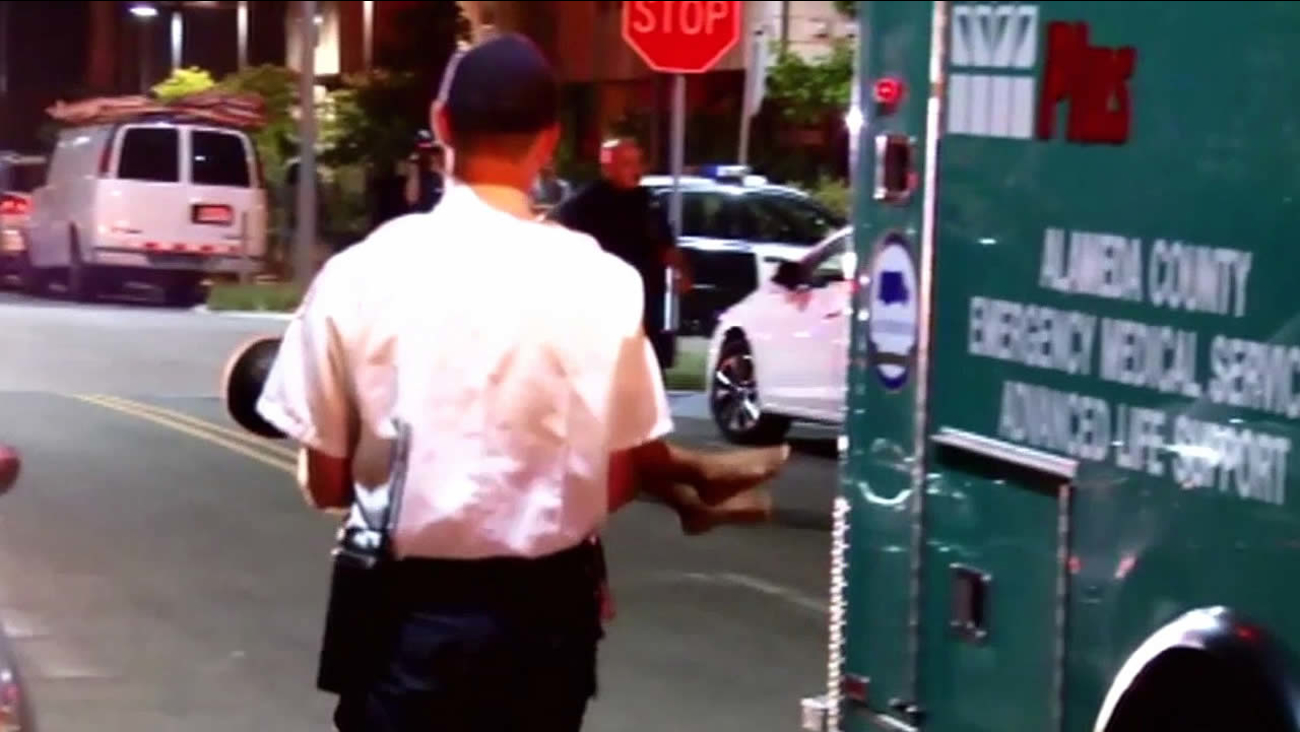 Child being carried by rescuer to ambulance after getting shot.

OAKLAND, Calif. -- Two children were injured in separate shootings in East Oakland on Monday, according to police.

A 3-year-old boy standing at a bus stop was wounded as two suspects exchanged gunfire nearby that evening, a police spokeswoman said today.

The shooting in the 6500 block of International Boulevard was reported shortly after 5 p.m., Officer Johnna Watson said. A 20-year-old man who was standing nearby was also wounded.

Police said that both victims were treated for their injuries, which were not life-threatening, and later released.

Investigators have information about the suspects but have not released it publicly, Watson said.

Later that night, a woman and her toddler were wounded by gunfire inside a residence in the 900 block of 83rd Avenue, police said.

Two suspects came inside the home and shot the woman in her 20s and the 2-year-old boy shortly before 10 p.m., police said.

They were both taken to hospitals to be treated for gunshot wounds and were reported to be in stable condition this morning, police said.

Police have detained two persons of interest in the shooting, Watson said. She could not confirm if they had been arrested as of this morning.