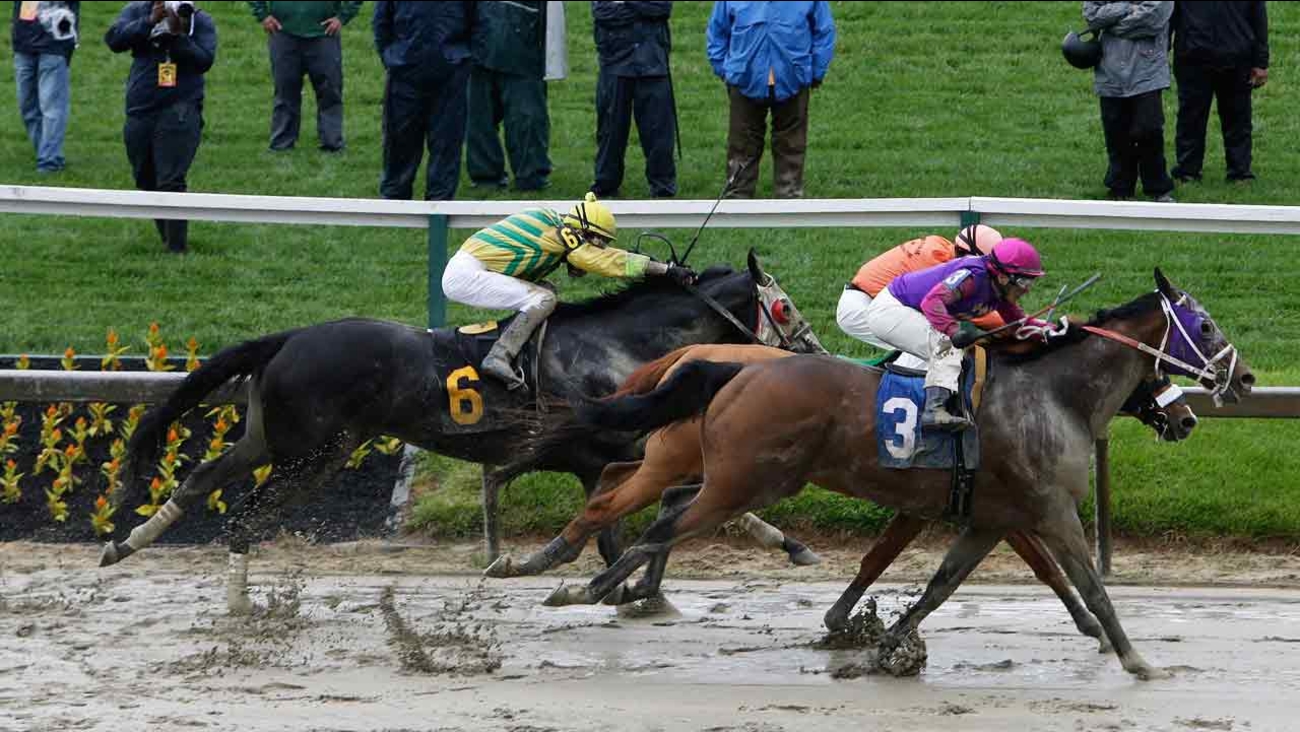 Homeboykris (3), moves to the finish in the first race of the day on a muddy track ahead of the 141st Preakness Stakes horse race at Pimlico Race Course Saturday, May 21, 2016. (AP/Garry Jones)

BALTIMORE -- In a tragic start to Preakness day, two horses died at Pimlico Race Course and a jockey broke a collarbone after a spill on a damp, rainy Saturday.

Pramedya broke down around the turn in the fourth race, tumbled to the ground as jockey Daniel Centeno was thrown to the turf. Pimlico racing officials said the 4-year-old filly was euthanized on the track after breaking her left front cannon bone.

Centeno was driven off in ambulance. Officials said he broke his right collarbone.

In the opening race of the day, Homeboykris collapsed and died after winning and having his picture taken in the winner's circle. Track officials believe the 9-year-old gelding suffered cardiovascular collapse.

The horse will be taken to New Bolton Center in Pennsylvania for an autopsy.

Homeboykris won the Champagne Stakes in 2009, and a year later finished 16th in the Kentucky Derby. He had just won his 14th race in 63 career starts.