Officers responded shortly before 4:30 a.m. to northbound Highway 880 in the area of Fifth Avenue where a big-rig driver lost control after going through standing water, struck another big-rig and Ford Mustang and overturned, CHP spokesman Officer Sean Wilkenfeld said.

The 66-year-old man driving the overturned big-rig and a female passenger were ejected and fell about 40 feet to the off-ramp below, Wilkenfeld said. 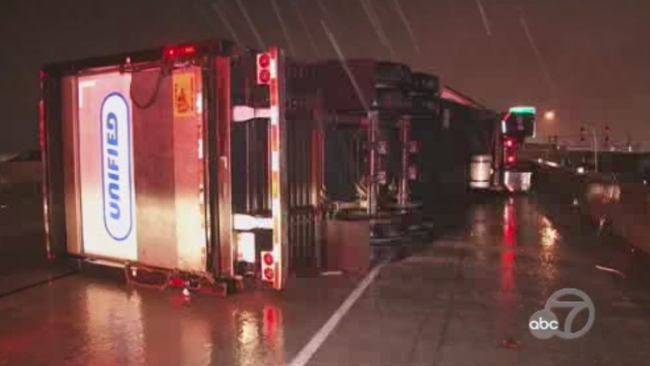