Police ID gunman in West Philly shooting of 2 officers, 4 others 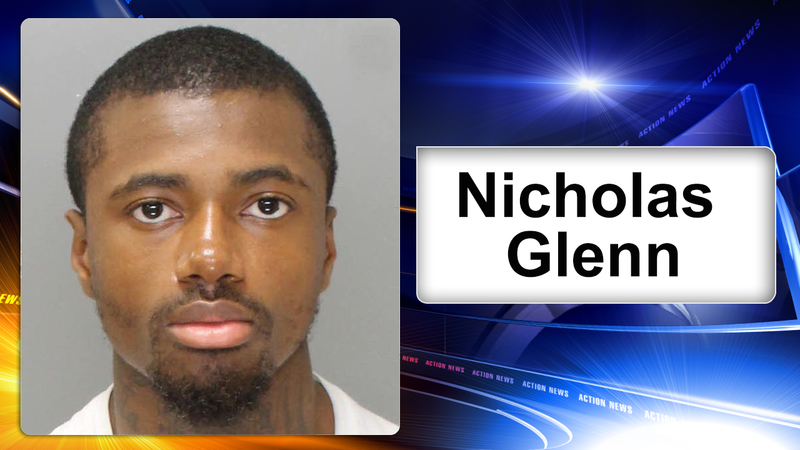 WEST PHILADELPHIA -- Police have identified the gunman in the shooting that left one woman dead and five others injured, including two police officers.

Police say 25-year-old Nicholas Glenn was responsible for the shootings. He was killed in a shootout with police.

In a press conference on Saturday, Commissioner Richard Ross called the incident, "One of the most violent acts that we've seen in Philadelphia in a long time."

Police say 46-year-old Sgt. Sylvia Young, a 19-year veteran with the Philadelphia Police Department, was sitting in her patrol car when she was ambushed by Glenn.

The suspect fired at Sgt. Young at close range 18 times with a 9mm Ruger, according to police.

Most of the bullets entered her vehicle, Ross said, and "she took some rounds to the arm."

One or two bullets were lodged in her bullet-proof vest, and her service weapon was struck twice, disabling it.

Police say Glenn then fired five shots into Maximum Level Lounge, located on the 5100 block of Sansom Street, striking a male security guard in the leg.

The suspect reportedly used a woman as a human shield to protect himself from officers. He then shot her in the leg.

Glenn then fled on foot, police say, and fired 14 shots into a white vehicle.

Two occupants, a man and a 25-year-old woman, were hit in the chest.

The victims were taken to the hospital where the woman was later pronounced dead at 1:56 a.m. The man is expected to survive.

"Our hearts and our prayers go out to her family in particular as well as all the other victims," said Commissioner Ross.

The chase continued and culminated with a shootout between the suspect and police.

A University of Pennsylvania police officer, identified as 56-year-old Eddie Miller, was was hit in the leg.

Glenn was shot and killed.
Both police officers were rushed to Penn Presbyterian Medical Center in stable condition.

Philadelphia Mayor Jim Kenney spoke to Action News on his meeting with the police officers:

"I had the opportunity to be with both police officers this evening, and their families. One officer was cracking jokes with his kids and wife. The other officer was talking with her family. So we are happy, very blessed that that's the way it turned out. I think we have to keep them in our prayers. The civilians, there are some seriously hurt, and still in various degrees of being treated. And I think all in all it was really a terrible scary night. But our officers turned out okay, and hopefully the civilians will turn out okay."

A perimeter was set up between Market and Pine streets and 47th and 53rd streets. No one was allowed in or out during the search for a possible second suspect.

An enveloped marked "Doomed" was found on the suspect. Inside was a letter detailing his issues with law enforcement officials, including the Philadelphia Police Department and probation officers.

Glenn also had at least three magazines, and a plastic bag with 13-15 live rounds, according to police.

Police say there is no indication the suspect has any ties to anyone or that he has been radicalized.

Police say officers will be riding two to a car until further notice.