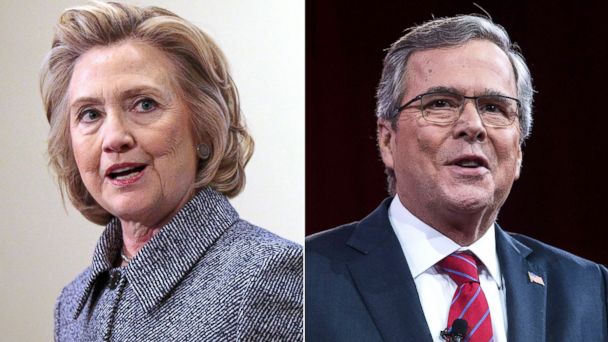 In the wake of a mass shooting Thursday at Umpqua Community College in Oregon, a number of presidential candidates took to social media to offer their thoughts and prayers to the victims and their loved ones.

According to ABC affiliate KATU, there were at least 7 people killed and 20 wounded in the shooting in Roseburg, the station said, citing Oregon State Police Lt. Bill Fugate.

The shooter's identity has not been released, but police confirmed the shooter was male and is dead.

Jeb Bush was the first to take to Twitter to respond.

"It is just beyond my comprehension that we are seeing these mass murders happen again and again and again," Clinton told the press. "And as I have said, we have got to get the political will to do everything we can to keep people safe. You know, I know there is a way to have sensible gun control measures that help prevent violence, prevent guns from getting into the wrong hands and save lives. And I am committed to doing everything I can to achieve that."

Donald Trump told the Washington Post, the shooting was "absolutely a terrible tragedy."

"It sounds like another mental health problem. So many of these people, they're coming out of the woodwork," Trump said, the Washington Post reported. "We have to really get to the bottom of it. It's so hard to even talk about these things, because you see them and it's such a tragedy."

During a radio interview today with Hugh Hewitt, Republican candidate Dr. Ben Carson said that the aftermath of the shootings would lead to more calls for gun control.

"Obviously there are going to be those calling for gun control but that happens every time we have one of these incidents. Obviously that's not the issue," Carson said. "The issue is the mentality of these people. And we need to be looking at the mentality of these individuals and seeing if there are any early warning clues that we can gather that will help us as a society be able to identify these people ahead of time.

"What I worry about is when we get to the point and we say we have to have every gun registered, we have to know where the people are, and where their guns are," he added. "That is very dangerous that I wouldn't agree with at all."