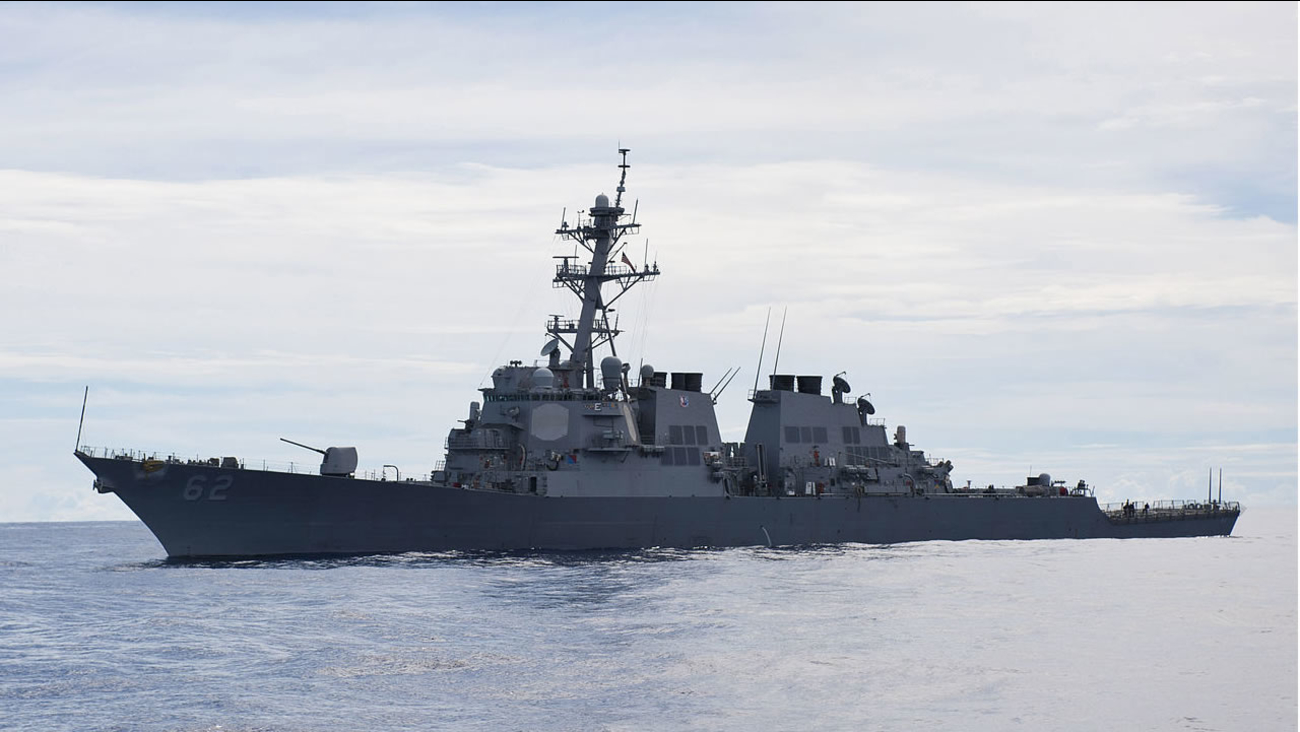 The U.S. Navy says the bodies of missing sailors have been found inside the damaged destroyer USS Fitzgerald.

The U.S. Navy destroyer USS Fitzgerald collided with a Philippine container ship off the coast of Japan in the early hours of Saturday morning local time, according to the 7th Fleet. The Fitzgerald was operating about 56 nautical miles southwest of Yokosuka, Japan, when it hit the container ship at approximately 2:30 a.m. local time.

"As search and rescue crews gained access to the spaces that were damaged during the collision this morning, the missing sailors were located in the flooded berthing compartments," the statement reads. "They are currently being transferred to Naval Hospital Yokosuka where they will be identified."

The statement continues: "The families are being notified and being provided the support they need during this difficult time. The names of the sailors will be released after all notifications are made."

It's unclear whether all seven of the missing sailors have been found.

Earlier, the 7th Fleet said the U.S. ship sustained damage on its starboard side and experienced flooding in some spaces.

Four sailors and the ship's commanding officer were medically evacuated by a Japanese coast guard helicopter, according to Cmdr. Richard Gourley of the U.S. Naval Forces Japan. The 7th Fleet has since confirmed the sailors are in stable condition and are being treated for lacerations and bruises at the Naval Hospital Yokosuka.

"U.S. and Japanese support from the Navy, Maritime Self Defense Force and Coast Guard are in the area to ensure that the Sailors on USS Fitzgerald have the resources they need to stabilize their ship," said Adm. John Richardson, Chief of Naval Operations, in an earlier statement.

"As more information is learned, we will be sure to share it with the Fitzgerald families and when appropriate the public," he added. "Thank you for your well wishes and messages of concern. All of our thoughts and prayers are with the Fitzgerald crew and their families."

"Right now we are focused on two things: the safety of the ship and the well-being of the sailors," said Adm. Scott Swift, commander of the U.S. Pacific Fleet. "We thank our Japanese partners for their assistance."