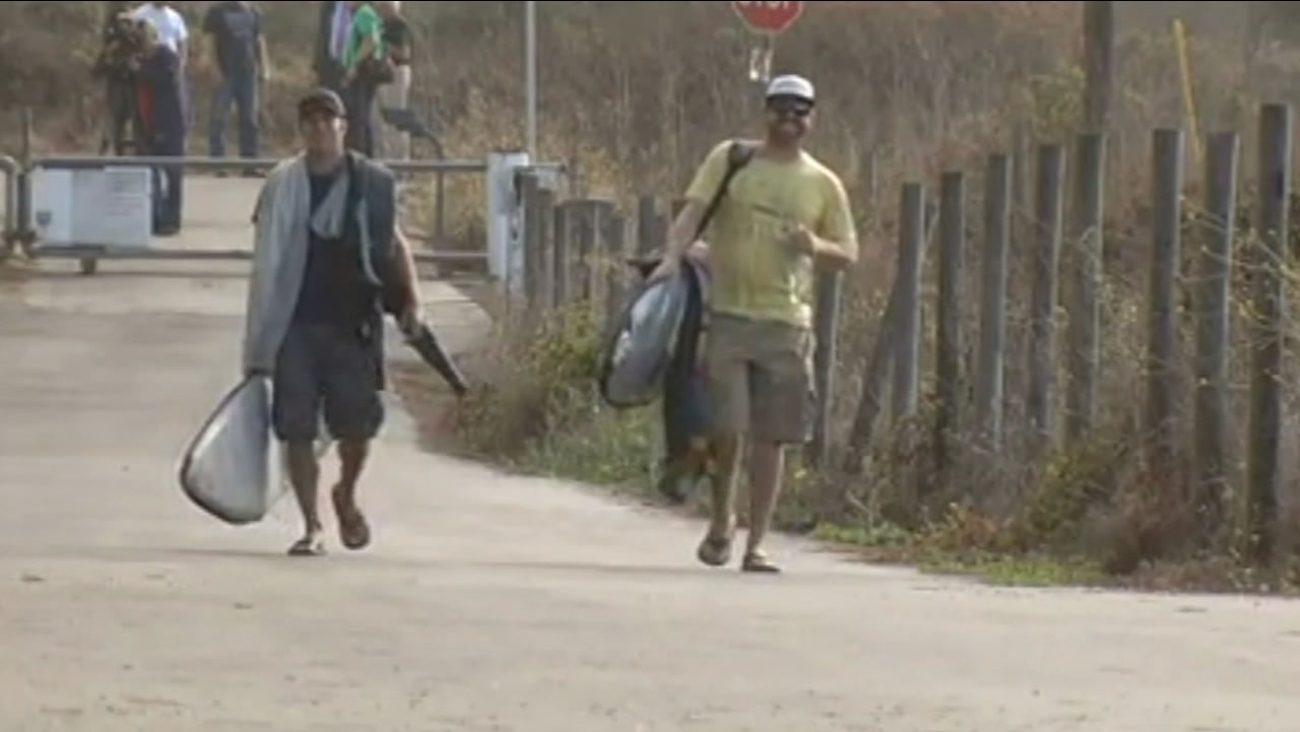 The gate is still locked to a popular Half Moon Bay beach after a judge ruled in favor of surfers who wanted to public access to the beach.

HALF MOON BAY, Calif. (KGO) -- The state is inching closer to acquiring a portion of billionaire Vinod Khosla's beachfront property on the San Mateo County coast through eminent domain.

State Senator Jerry Hill addressed the Assembly Judiciary Committee in Sacramento Tuesday morning as he seeks final passage of SB 42, which would create a fund to collect up to $1 million in public and private funds, including funds from nonprofits, to acquire right-of-way or an easement to allow public access to the beach.

The bill has already been approved by the State Senate. It next requires passage by the Assembly and the signature of Governor Jerry Brown.

Martin's Beach is owned by Silicon Valley pioneer Vinod Khosla, a co-founder of Sun Microsystems and a prominent technology venture capitalist. Khosla paid a reported $32 million for the 89-acre site around 2008 but, closed off beach access two years later, which had been allowed under the previous property owner.

The Surfrider Foundation and others have been engaged in an ongoing legal battle with Khosla. Unsuccessful negotiations have also been held to obtain access.

The case has important implications for the California Coastal Commission and its ability to enforce public access to the ocean. Joe Cotchett, lead attorney for those challenging Khosla, says he expects this case will go to the Supreme Court of the United States.

Cotchett says the state preparing to take eminent domain action is an important part of asserting the public's right to access.