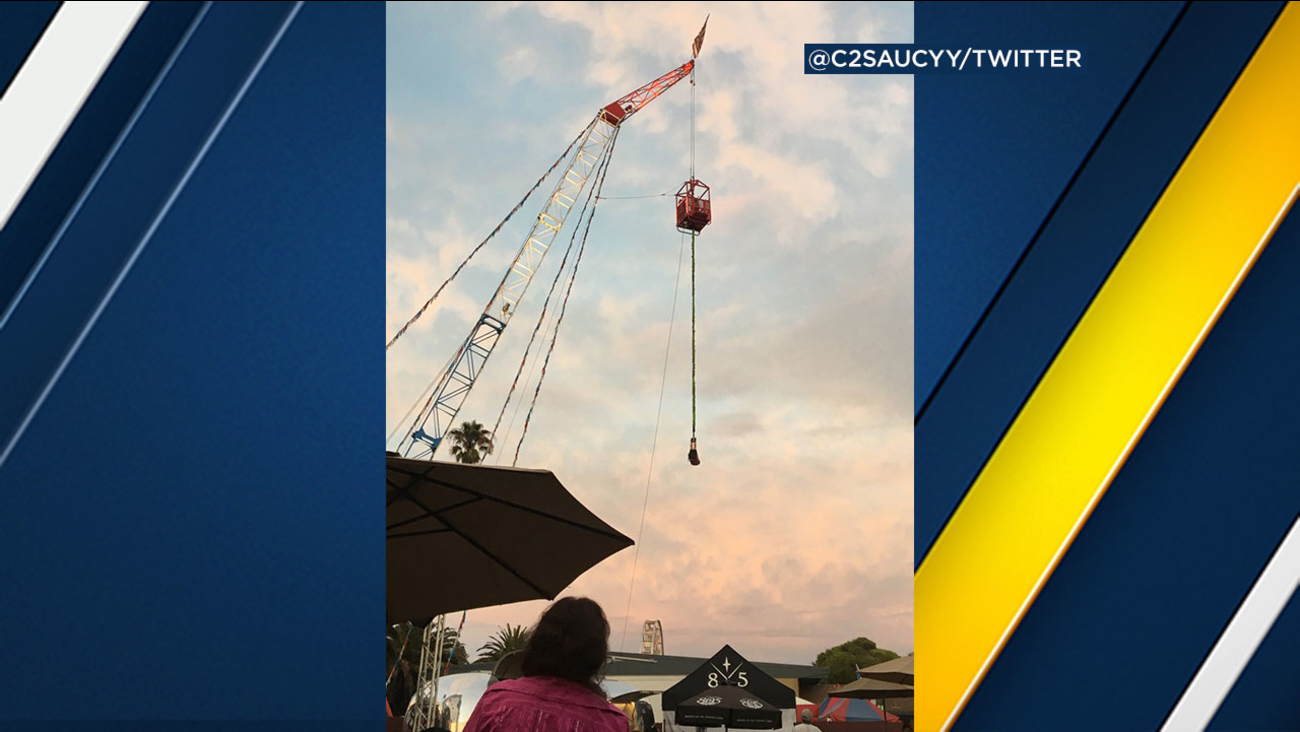 A person was rescued after getting stuck hanging upside down from a ride at the Ventura County Fair. (@C2Saucyy/Twitter)

VENTURA, Calif. -- At least three people were stuck - one hanging upside down - when a bungee jump ride at the Ventura County Fair apparently malfunctioned Wednesday night.

Rescue crews first helped the person who was stuck upside hanging from a crane.

The person was reported trapped on the ride upside down around 7:55 p.m., but did not appear to be injured or in medical distress, officials said. He remained hanging upside down for about 40 minutes before he was rescued with the help of a fire department ladder struck.


After that rescue, two people remained inside a box hanging from a crane stuck high above the fairgrounds for more than an hour as crews worked out a plan to get them down.

One-by-one, the two men individually attached themselves to harnesses and were able to safely rappel down to the ground on a rope.

The nature of the ride malfunction was not immediately known.

Wednesday was the opening day of the fair, which remains open through Aug. 13.

Two men stuck on a ride at the Ventura County Fair had to lower themselves to the ground using a harness.