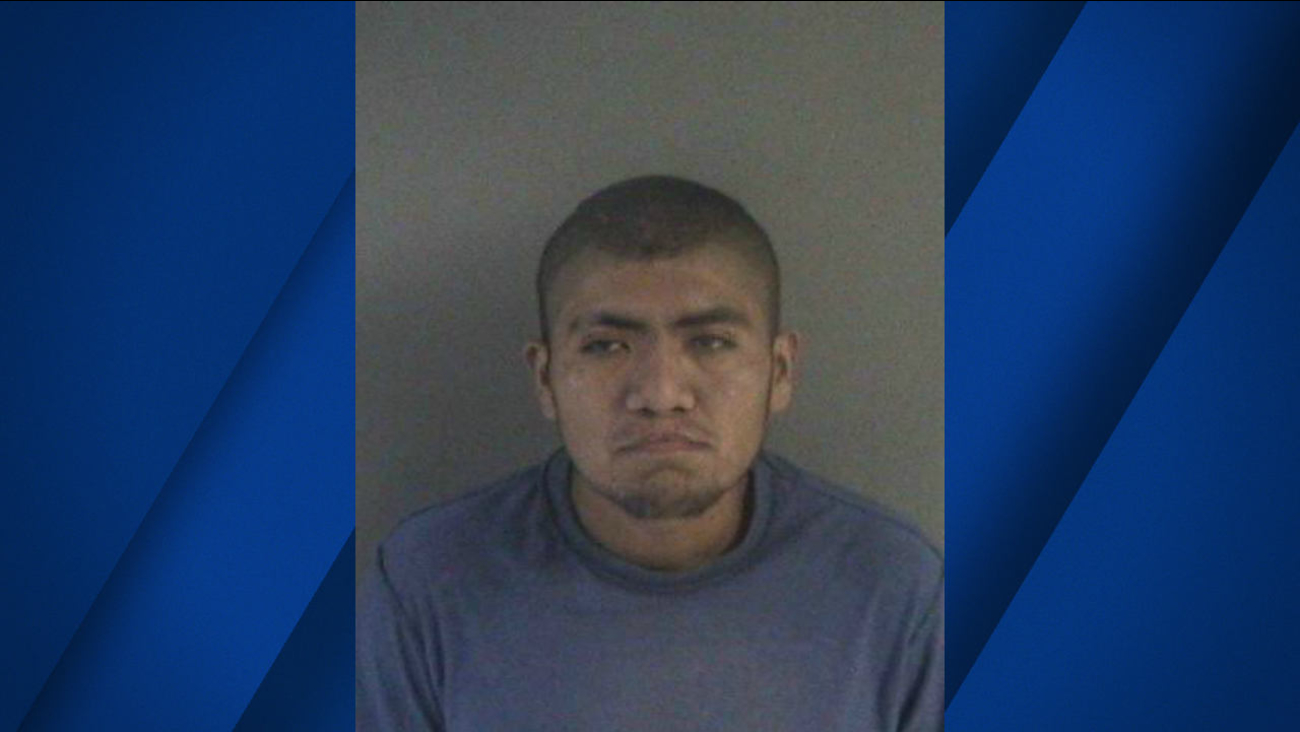 Alfredo Bautista is seen in this undated mugshot. (KGO-TV)

OAKLAND, Calif. (KGO) -- Police say a man who fled the scene of a collision on Grizzly Peak Boulevard in the area where a fire broke out last Wednesday, has been arrested on arson and assault related charges.

Oakland police officers responded at 8 a.m. to a crash on Grizzly Peak Boulevard near the Fish Ranch Road intersection where they learned that three cars were involved in a crash, and one driver had fled the scene.

Police say the driver of the vehicle that fled the scene exited the car and brandished a firearm at one of the other vehicles before fleeing. No one was injured.

Sometime after 11 a.m., officers were called back to the area after a report of the suspect returning to the scene of the crash.

Officers arriving on the scene found the suspect had already left, but information led them further west on Grizzly Peak Boulevard to the unoccupied suspect vehicle.

Half of the fire burned on Oakland land in the hills and half was on land owned by the Lawrence Berkeley National Laboratory.

A brush fire burns near Grizzly Peak Boulevard in the Oakland Hills on Wednesday, August 2, 2017.