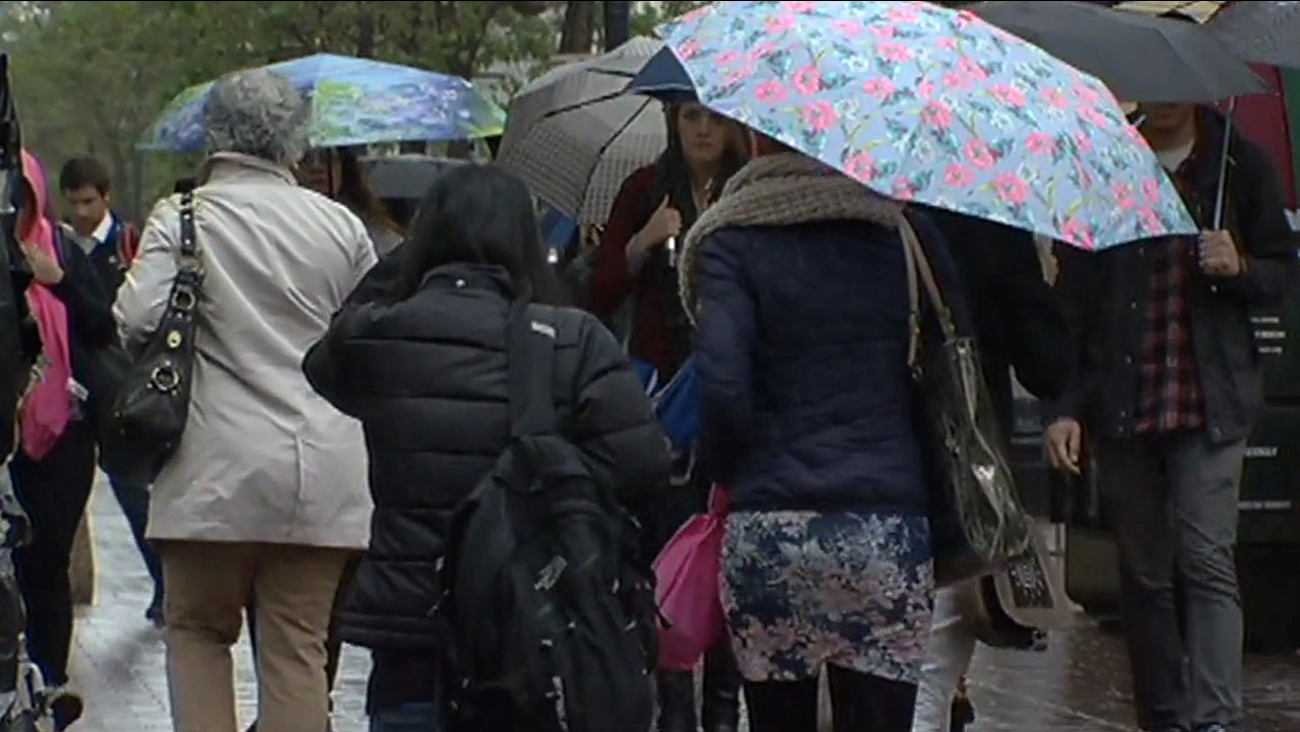 KGO
Hail pelted parts of San Francisco and North and East Bay cities as another storm made its way through the Bay Area.

The hail did not cause any major damage, unlike Monday's violent bursts of lightning.

In Contra Costa County, a bolt struck a utility pole. It knocked out power for 3,000 PG&E customers, many of whom spent the day without power until it was restored Tuesday evening.

"I turn my head, through the window, I see smoke coming out from this line and that line, connection, there is a smoke, black smoke and then everything went down," resident Scott Chen said.

Crews in Berkeley spent the day removing a large redwood tree that damaged at least three homes during Monday's storm. They even used a giant crane, to lift part of the tree's trunk off of one house.

Neighbors say the 70-foot-tall tree exploded after being hit by lightning Monday afternoon.

Some homes lost power, when the tree knocked down electrical wires as well, near Holly Street and Buena Avenue.

Tuesday evening a tree came crashing down in the Castro on 20th Street near Eureka Street, taking power lines down with it. It shut down a block of the road and power was out in the area. PG&E crews responded to the scene to get power restored.

As is so often the case in these storms, folks in the Santa Cruz Mountains take the brunt of it.

A heavy, steady rain pounded the Santa Cruz Mountains on Tuesday. Windshield wipers were on full blast and drivers were careful.

In Felton Grove, River Lane took a beating, but it wasn't enough to cause major flooding in the area. And in Boulder Creek, Scarborough Hardware was busy. The rain drove in the customers.

"Rubber boots, we have some emergency ponchos. There were some people camping in Big Basin that weren't quite prepared, so they came in and picked up those few things," said Steve Jenik from Scarborough Lumber.

The rain brought the opposite affect at a Basin Robbins in Scotts Valley.

"Today because its spring break, we would normally see a lot more kids in here, a lot more parents with their kids coming from the beach, but since it's been rainy, it's been pretty slow," said Annalisa Andersen, a Baskin Robbins employee.

Even once the rain stopped and a rainbow came out, ice cream still wasn't top of mind for most in the mountains.

There were additional CHP crews expected to work overnight to handle any weather-related issues along Highway 17.