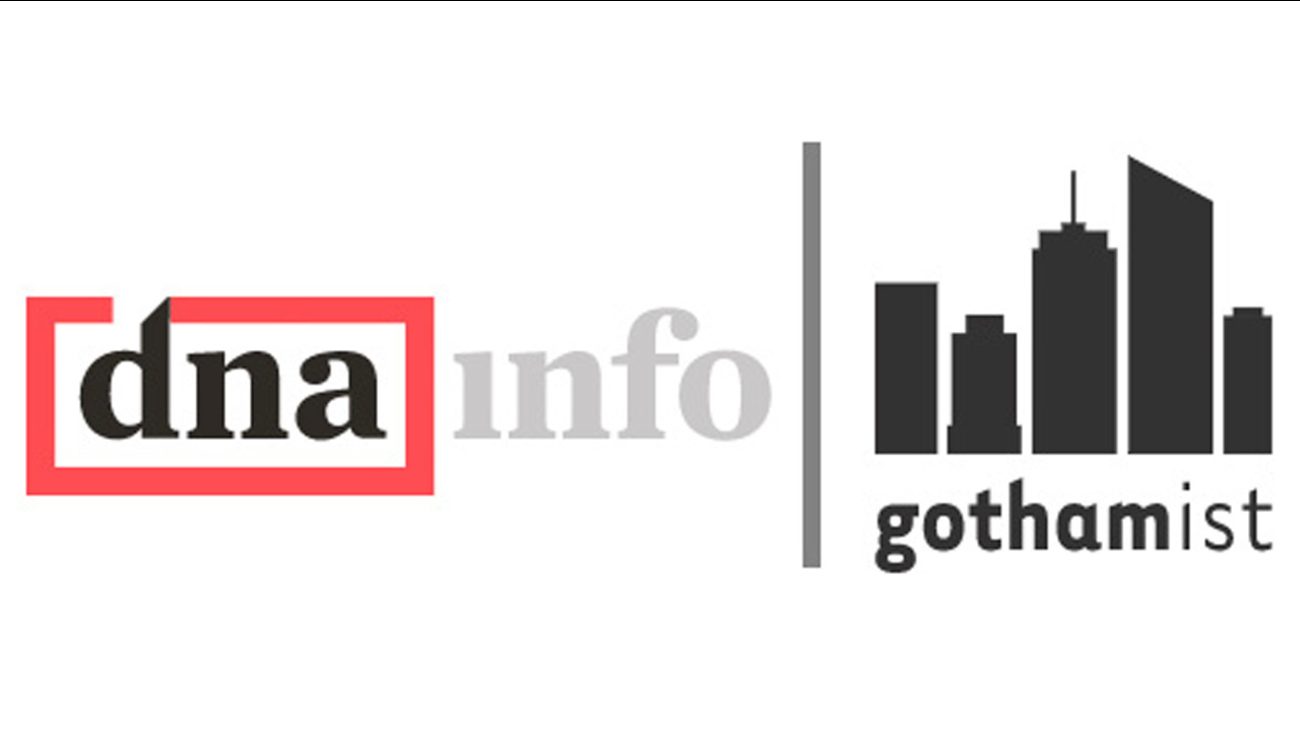 NEW YORK -- Two popular New York City blogs, and their satellite sites in Chicago, San Francisco and elsewhere have been shut down a week after their staffs voted to unionize.

CEO Joe Ricketts, who runs the operations, said in a letter that "reaching this decision wasn't easy, and it wasn't one I made lightly." The websites across the country now link directly to his full statement: 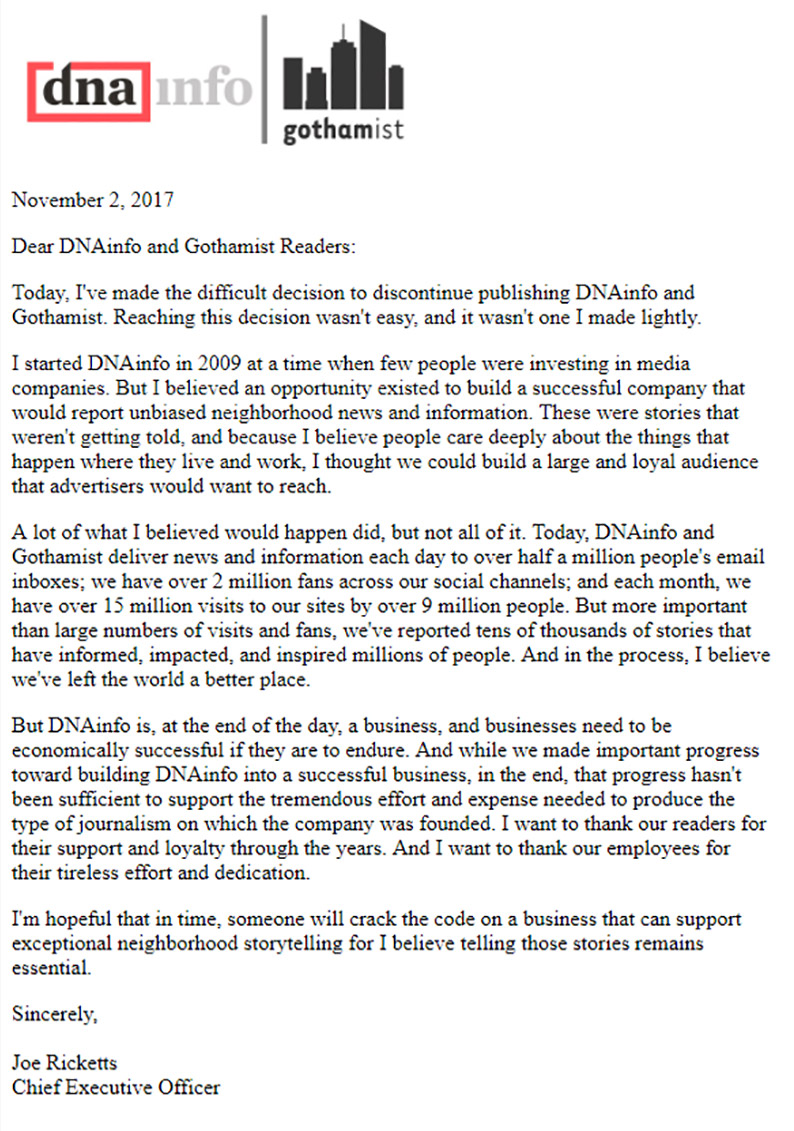 Ricketts says in the post that the company hadn't made enough progress to support the "tremendous effort and expense" needed to keep the company running.

The staff of both publications voted to join the Writers Guild last week.

According to Ricketts, the decision was based on business, but did not directly mention the union in his statement.

"And while we made important progress toward building DNAinfo into a successful business, in the end, that progress hasn't been sufficient to support the tremendous effort and expense needed to produce the type of journalism on which the company was founded," he said.

Ricketts bought Gothamist earlier this year. Unlike DNAinfo, which was more straight, shoe-leather news, Gothamist offered quirky takes on New York City life, from news to restaurant reviews to to-do guides. It had a lively comments section and sister sites such as SFist in San Francisco, Chicagoist and LAist in Los Angeles.