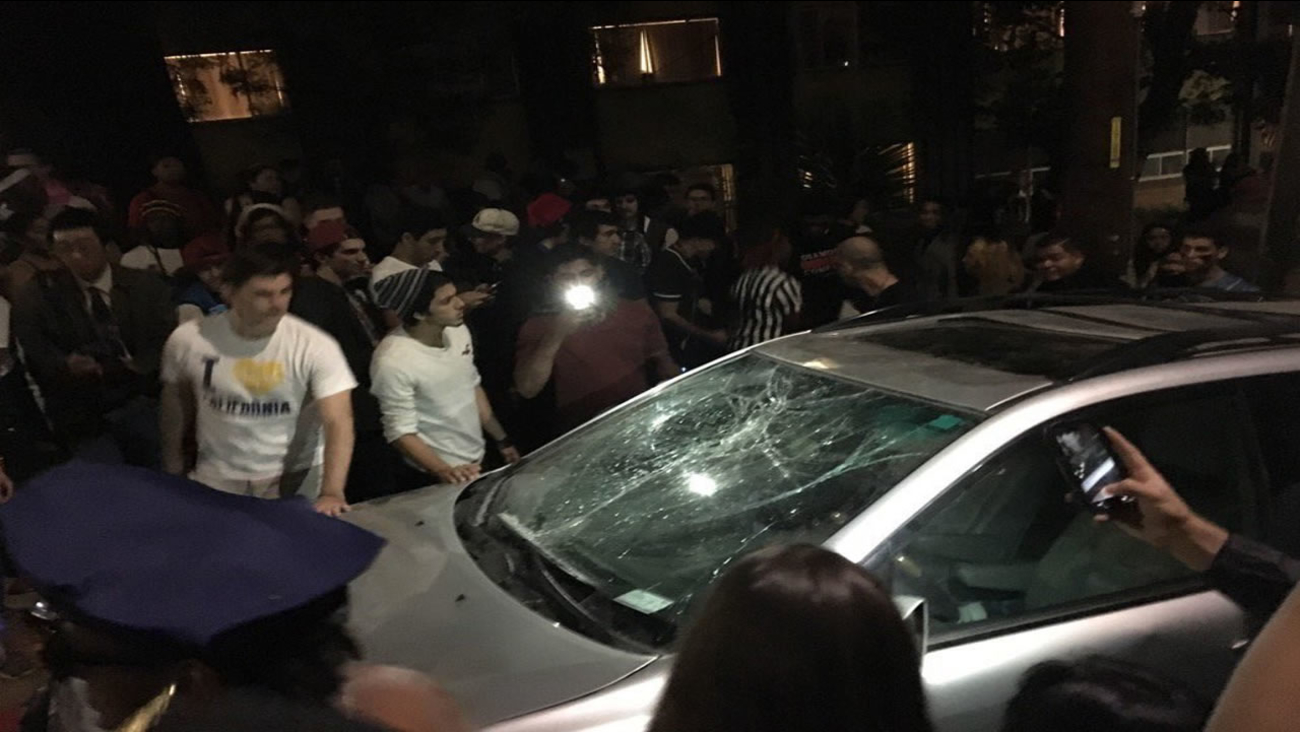 A car windshield is shattered on Telegraph Avenue, near Channing Way and Durant Avenue in Berkeley, Calif.'s Southside neighborhood on Saturday, October 31, 2015. (Photo by Atreyue Ryken)

BERKELEY, Calif. -- Three suspects were arrested and one man was taken to a hospital when police responded to a report of a fight in a crowded area near student housing in Berkeley early Sunday morning.

Officers dispatched to the vicinity of Channing Way and Piedmont Avenue around 12:30 a.m. found an estimated 3,000 to 5,000 people "milling about" the area - which is near numerous sororities and fraternities as well as the University of California, Berkeley campus

Andrew Rateaver, an on-duty watch commander with the Berkeley Police Department, said officers received several reports of guns and knives being involved in the fight.

One victim suffered moderate injuries and was transported to a hospital. Three suspects were arrested, according to Rateaver.

Early reports described the incident as a riot, but Rateaver said it was mostly just a large group of students and other people out celebrating for Halloween.

"I wouldn't go so far as to call it a riot," Rateaver said.

"These were party goers who were coming out of parties and remaining on the streets," he said. "The downside of that was that there were several thousand of them."

Officers were in the vicinity specifically to respond to a reported fight, according to Rateaver. No dispersal order was given to the crowd, and it wasn't declared an unlawful assembly.

"The crowd remained in the area and they were there for a while," Rateaver said.

Police have received reports of property damage nearby, and there may be additional victims who have not yet filed reports. There were no fires or overturned vehicles, however, Rateaver said.