KGO
By by Elissa Harrington
SAN FRANCISCO (KGO) -- Three men who died in a crash following a police chase Saturday after they attended the NFL experience have been identified.

It happened at about 9:20 p.m., when officers near Fifth and Bryant streets observed a white Chevrolet driving recklessly, according to CHP officials.

Police said the driver was also doing donuts before speeding up.

The officer decided to discontinue the pursuit for safety reasons.

The victims were all from the East Bay. The taxi driver sustained mild to moderate injures and was taken to the hospital for further treatment.

Some of their family members spoke out about the incident. "It's unreal. I'm still waiting for him to come through the door," friend Donnel Thompson said

His sister is urging people not to rush to judgments. "I just feel like they shouldn't have been pursuing them in the first place with the city being so crowded at that moment," Chima Emenike said.

Gene Mollique Jr., 27, from Bay Point and David Hamilton III, 31, from Antioch were also passengers in the car.

Zanie's best friend was shocked to learn about the pursuit and wishes he had been with him that night. "If you take a person on a high-speed chase, honestly you're being selfish. You're not thinking about the people that are in the car with you," Thompson said.

Loved ones said Zanie was always trying to better himself with the odds stacked against him. "He is always telling a joke, but will burst out laughing before he even gets the joke out and it was always funny to him, but to us we would never laugh because he could never get the joke out," Emenike said.

Meanwhile city crews replaced a street light nearly knocked down by the impact of the crash.

If you see news where you live, tag your photos and videos on Twitter, Instagram, or Facebook with #abc7now.
Related topics:
san franciscosouth of marketpolice chasechpcar accidenthigh speed chaseaccidentinvestigationcrashtaxi
Copyright © 2021 KGO-TV. All Rights Reserved.
RELATED 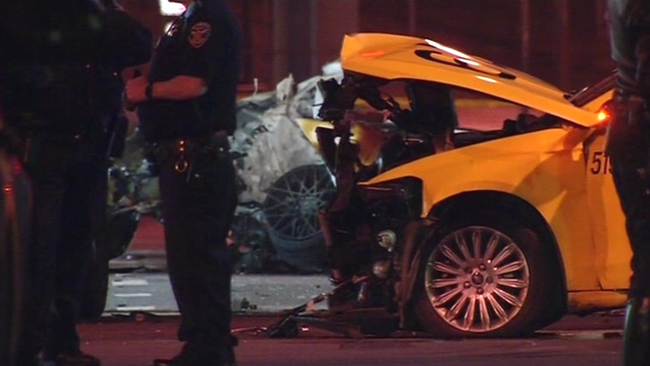 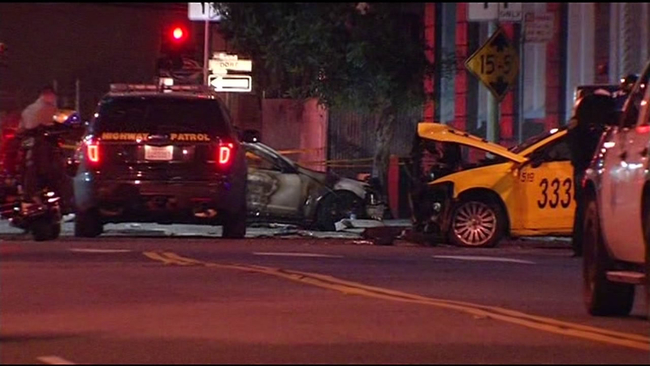