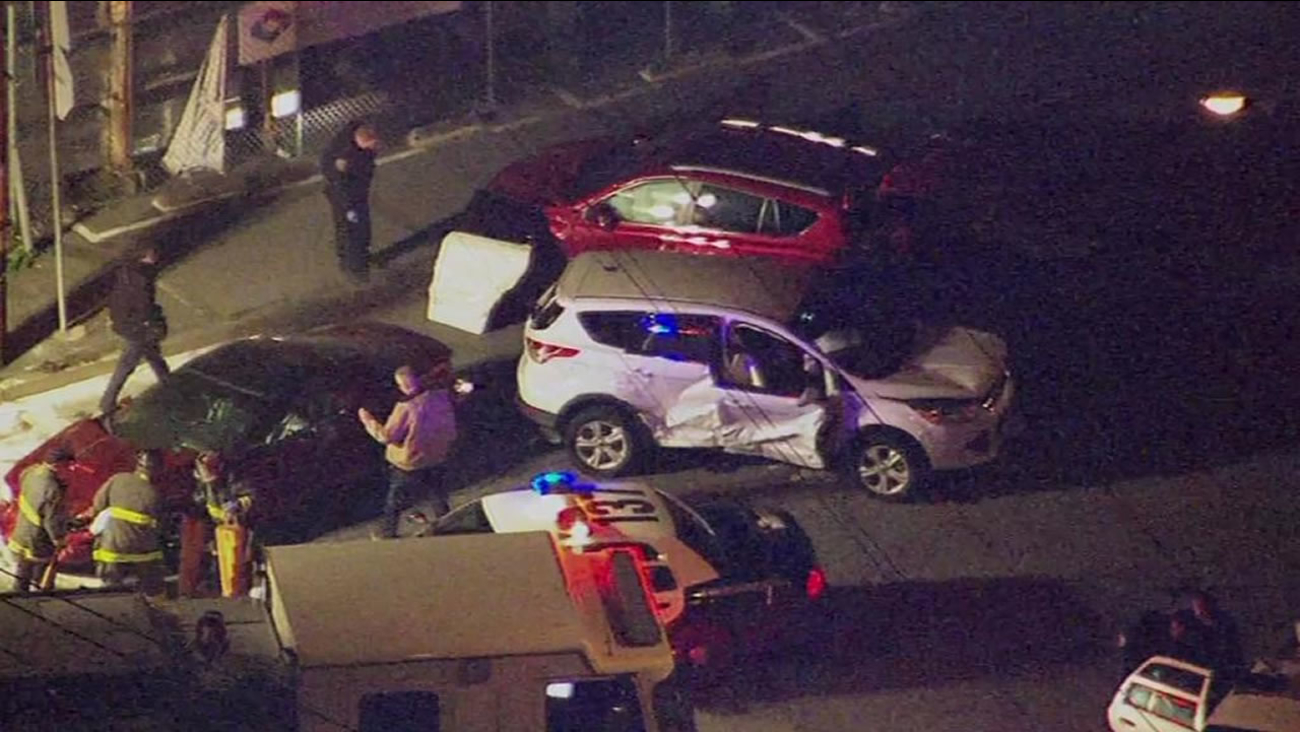 Shots were heard shortly after 6 p.m. in the area of Jerrold Avenue and Toland Street, according to police.

Officers found a suspect vehicle that had crashed in the area, leaving five people with non-life threatening injuries, police said. The suspects had fled the scene.

One suspect was located after a search of the area, and a gun was recovered.