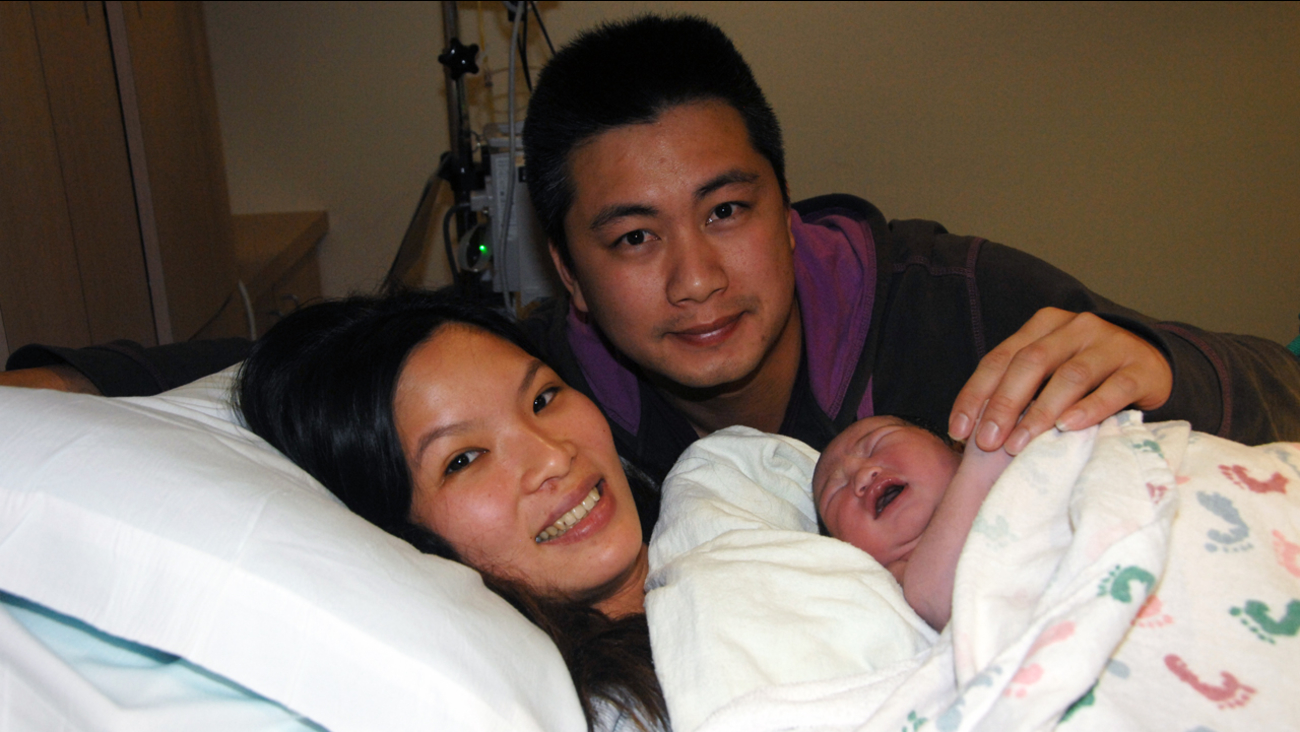 SAN FRANCISCO -- California Pacific Medical Center officials said today a baby girl who appears to be the first child born in the Bay Area in 2015 has been named Fiona Liang.

Fiona was born right at midnight at CPMC's California Campus in the city's Presidio Heights neighborhood and is a healthy baby at 21 inches long and 8 pounds, hospital spokesman Dean Fryer said.

She is the second child for parents Yan-Feng Liang and Takwa Tang Liang, who were excited to have the first baby born in the region for the new year, Fryer said.

"The baby and mother are doing well after the early morning delivery," said Dr. Yuan-Da Fan, chairman of CPMC's Department of Obstetrics and Gynecology.

"What a wonderful gift to have your child born on New Year's Day. Our staff and physicians are pleased to be part of this moment with the family. We wish them the best of health," Fan said in a statement.

CPMC has historically been the hospital where the majority of San Francisco's babies are delivered, including 51 percent of those born in 2013, according to hospital officials.