Police chase from Hayward ends in crash in Oakland 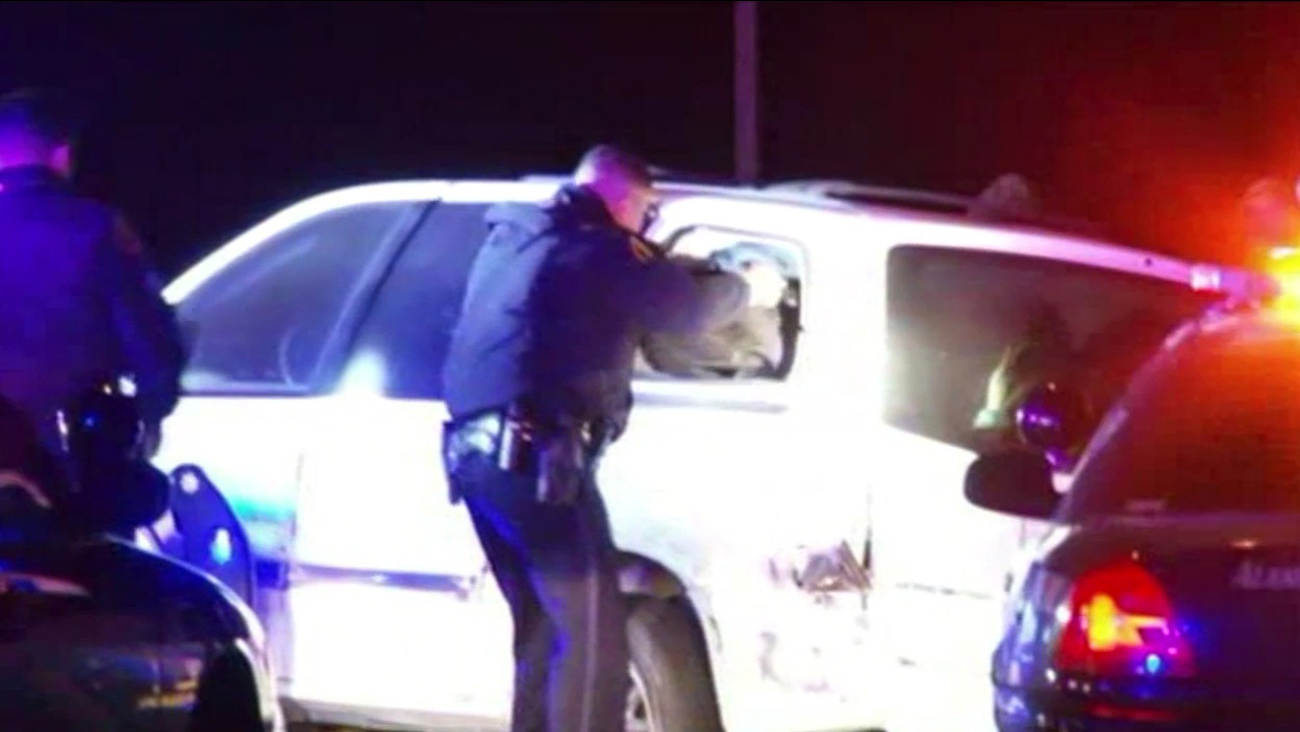 OAKLAND, Calif. -- Deputies arrested a driver who fled from Hayward to Oakland in a suspected stolen van early this morning at speeds of up to 100 mph while the van's occupants apparently threw drugs from the windows, an Alameda County sheriff's sergeant said.

Deputies noticed the Ford Aerostar van had a license plate registered to a Ford pickup truck and tried to pull it over in the area of C and Main streets in Hayward at about 3 a.m., sheriff's Sgt. Ray Kelly said.

But when the van pulled over, the driver ran away and one of three other occupants of the van jumped into the driver's seat and sped off, Kelly said.

Deputies pursued the van as the occupants threw drugs from the windows that landed on the patrol car's windshield.

The pursuit went onto Interstate Highway 880 and into Oakland, reaching speeds of 100 mph until the van got a flat tire near Oak Street in Oakland, Kelly said.

The van then crashed into the center divider on Interstate Highway 980. That driver tried to run from the crash, but was swiftly captured by deputies.

He was identified as Calvin Bradley, 38, and arrested on suspicion of resisting arrest, felony reckless evasion of police and being a parolee at large, Kelly said.

Bradley is being held on $240,000 bail and is due to appear in court in Hayward Monday, according to jail records.

Police were unable to find the drugs allegedly thrown from the van and the other two occupants of the van were briefly detained but then released for lack of evidence, Kelly said. The driver who fled the initial stop in Hayward was never found.