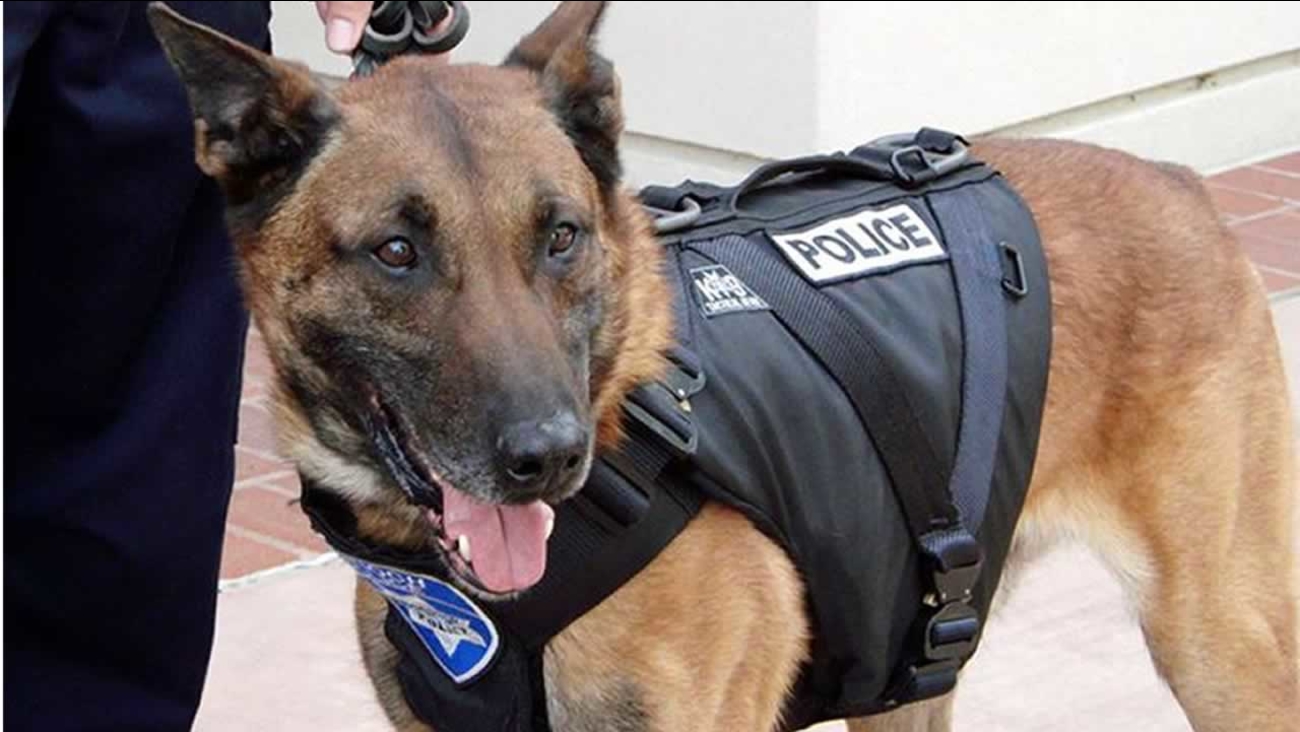 In Antioch, officers are mourning the loss of a 14-year-old canine hero named Thor. (coveryourk9.org)

During his decade-long career, Thor was responsible for hundreds of arrests and suspect surrenders, dozens of narcotic finds and over 40 apprehensions of suspects who refused to give up.

He was injured several times on the job in his career, including being wounded in a shootout with a burglary suspect.

Even though Thor was hurt, he held onto the suspect until the man could be arrested.

Thor was given the Purple Heart Award and is credited with saving the lives of two officers that night.

"This is the utmost demand for a police dog, and that night, without a doubt, Thor saved our lives. There is no other story that can top that," his partner, Officer Matthew Harger,said.

Thor, a Belgian Malinois, was brought home by Ofc. Harger to his family when he was just 7 weeks old. He went into service with the Antioch Police Department in 2002 and retired in 2012.